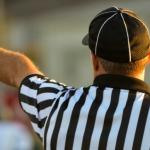 Like the Hebrews departed Egypt, so too did Deadspin editorial staff embark in a mass exodus after the sports site’s parent company decreed a “sports stories only” rule, leading to the firing of one editor and then the resignation of as many as eight staffers.

In addition to disrespecting the sacred boundary between business and editorial decision making, G/O Media’s edict was seen largely as a way to silence Deadspin’s writers from doing what had become their trademark: snarky editorial indictments of the American corporate class.

Will Leitch, who founded the site as a part of Gawker Media before litigation dismembered that online empire, told the New York Times (10/30/19):

To watch the way they punched and screamed and clawed on the way out the door is truly inspiring, and as true to the spirit of Deadspin as anything I could have ever imagined. They refused to give in to the bad guys. During a time when so many people have made a profession of that very thing, I find it downright heroic.

G/O’s ban on Deadspin covering politics beyond sports comes just after the same media company shut down its politics-oriented website, Splinter, another haven for former Gawker scribes, including labor journalist Hamilton Nolan. The explanation offered for the shut down was a lack of traffic (Daily Beast, 10/10/19). 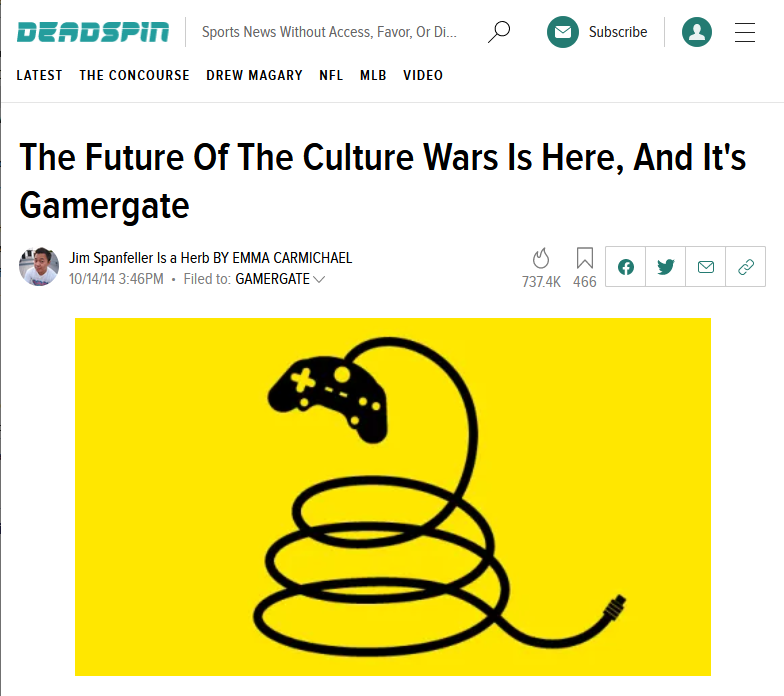 That Deadspin’s owner could think that a sports site should be cleansed of the political is, of course, absurd on its face—in a world of Chinese backlash against the NBA, Colin Kaepernick, and labor struggles between players unions and owners, how could sports writers be enjoined from writing about the larger themes underlying these stories? In a statement, the Gizmodo Media Group Union, a local of the Writers Guild of America East (WGAE), called G/O Media’s move “morally reprehensible,” and said such tunnel vision “is not what journalism looks like, and it is not what editorial independence looks like.”

Sometimes lost in the coverage of the Deadspin debacle is the context of its former relationship to Gawker. Deadspin, like a few other Gawker offshoots, survived after Gawker was destroyed by the political maneuvering of PayPal co-founder and right-wing activist Peter Thiel. Thiel’s beef with Gawker was partly personal, but no one could deny the political tension between the two parties.

After Thiel’s success in destroying Gawker, many of its left-of-center writers went on retain their voices at other websites. But the debacle illustrated the threat that pissed-off rich people pose to an aggressive media outlet. And it raised the fear that even popular websites whose writers attack corporate power and report on poverty, labor and inequality will eventually find their independence to do so thwarted in a for-profit media world.

Response to the Deadspin staff walkout has mostly focused on the ex-workers’ undeniable bravery. As anyone working in journalism knows, good staff jobs at interesting places are hard to come by; a great many journalists grit their teeth and do as the boss tells them for fear of wasting away on unemployment. But the question about these former workers isn’t just what’s next for them; it’s also about what’s next for us, the media consumers who need their voices so badly. 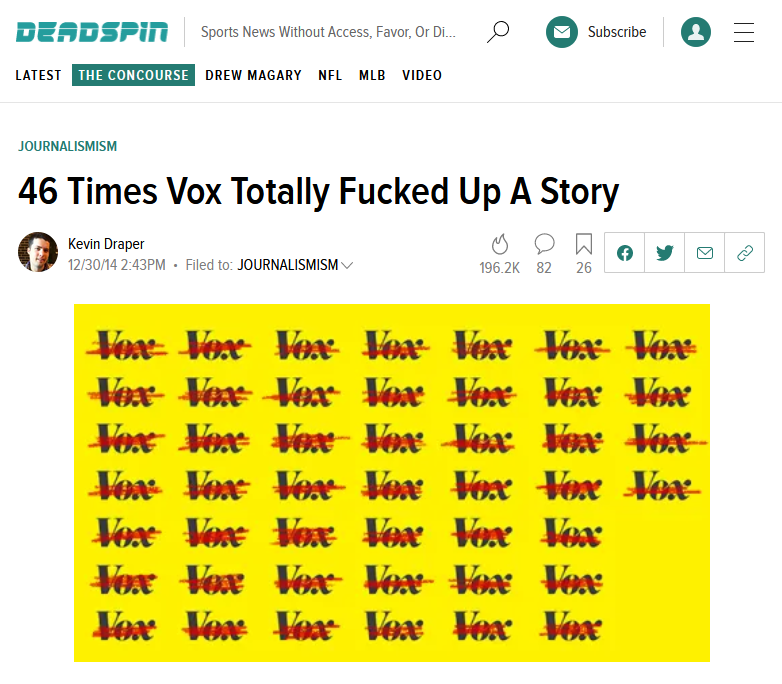 It’s not so outlandish to suggest that the growing number of out-of-work writers and editors from places like Deadspin and Splinter could, instead of applying to work at another corporation, band together to start a new worker-run media enterprise. This is a dream, to show the bosses that the journalists they employ don’t really need them, that has been dreamed before:  Striking Detroit Free Press and Detroit News workers published the pro-union Detroit Sunday Journal while on the picket line. The five-day-a-week news program Free Speech Radio News, which boasted of reporters all over the globe, was started by workers in response to a strike at Pacifica News Network.

Former Splinter writer Nolan, a WGAE activist, said of the prospect of a worker-run site:

It’s clear that worker-owned media is an idea whose time has come, and, yes, people are interested in the concept and people are talking about it. But beyond that, I think it’s too early to say right now. I do believe this is a model that makes too much sense not to happen.

Nathan Robinson, editor of Current Affairs (10/31/19), painted a bleak picture in his call for worker-run publications:

Look at the tragic losses that have happened recently in media: Mad Magazine, the Village Voice, Splinter, Pacific Standard.… Often, workers at these companies do not get the opportunity to try to save them. Consider Pacific Standard: Its crack team had been building a highly respected outlet, but their patron simply “lost interest” and decided to give them the chop. First Look Media recently decided to pull the plug on the Nib and Topic, and staff were simply told: That’s that, sorry.

This is not always simply a problem of “profit”; Pacific Standard, for instance, was overseen by a nonprofit. But it is always a problem of ownership: A magazine dependent on a patron operates at the whim of that patron, regardless of whether it is for profit or not. Even though The Onion’s success is entirely due to its hilarious writers, its ownership has passed to Univision and then to G/O because The Onion’s writers do not own it. This is ludicrous: They make the funny articles, the funny articles are the entire site, why on earth should anyone other than the writers of The Onion own it?

The biggest threat to journalism today is not “technology.” Journalists can innovate ways to use technology to produce excellent new work, and even to get people to pay for it. The big problem is ownership: The journalists don’t own the companies. 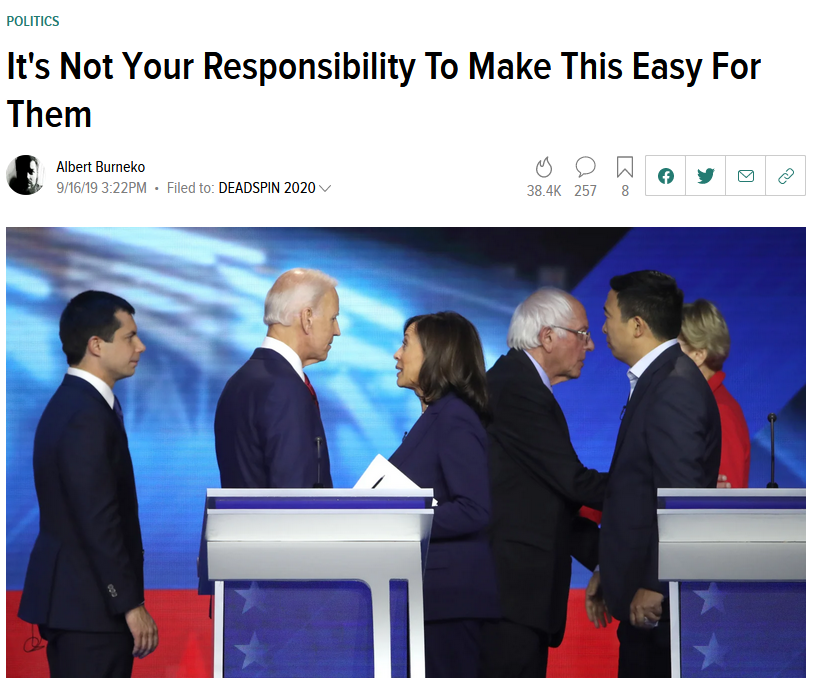 The odds are stacked against Deadspin’s refugees, of course. The cost of paying writers a living wage, never mind hosting a major website and retaining a media attorney (a must if you’re going to be doing daring journalism), isn’t pocket change. One of the reasons a place like Free Speech Radio News couldn’t survive is that it relied on a bare-bones staff, scattered across several cities, relying on freelance reporters, mostly working piecemeal. (Disclosure: This writer knows this from experience, as he was a former correspondent for that program.) Without a patron like the Intercept has in Pierre Omidyar—the same funder who pulled the plug on the Nib and Topic—journalists had to spend hours of volunteer time doing small-time fundraising, which kept the operation chugging on for a while before that model became fatally unsustainable.

So a new venture can’t rely on the rag-tag models that have briefly sustained idealistic worker-run enterprises. It will take months of raising capital to create an operation with at least a small paid staff with the potential for growth.

This is a big risk, it may not work out in the end, but this shouldn’t be the end of the collective editorial project that existed at Deadspin and Splinter. And media simply can’t exist at two poles, with corporate-controlled media at one and small, unsustainable, do-it-yourself operations at the other. But anyone interested in this will have to pound the pavement looking for funders, people or groups with money that want, deep within their hearts, for independent media to survive. It’s a worthy and humbling experiment, but we’re at a breaking point, so it’s necessary.

Dave Zirin, a sports writer for The Nation and other publications, agreed that a new worker-run publication would be ideal. He told FAIR: “We need their voices, now more than ever. The greatest obstacle is of course the capital that would want to see these voices amplified.”

FAIR, the national media watch group, has been offering well-documented criticism of media bias and censorship since 1986. Uniquely, FAIR works with both activists and journalists. We maintain a regular dialogue with reporters at news outlets across the country, providing constructive critiques when called for and applauding exceptional, hard-hitting journalism.