The 2020 Elections and the Anti-War Cause 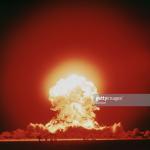 Those in the social justice movement will no doubt be rightly concerned with defeating Donald Trump in the 2020 election.  A lot obviously rides on its result.  For those of us concerned about global issues of war and peace, as well as the dehumanization and militarization of our society and culture; how can we intervene effectively?

While foreign policy issues occasionally surface in, say, the Democratic debates or the impeachment hearings  (that are ostensibly about bad behavior with Ukraine and Russia), the issues of endless war, rampant militarism, or the threat of world fascism barely makes a ripple.  Instead, Pete Buttigieg misses no opportunity to flaunt his military pedigree; Elizabeth Warren humanizes herself by invoking her brothers’ military careers, while Alexander Vindman officiously insists on being referred to as Lt.-Col as he testifies be-medaled in uniform.   These people are not lying; just performing to a perceived norm.

Both parties feature military imagery to symbolize toughness, patriotism, and resilience .The right has also been successful at conflating criticism of a war with attacks on American soldiers, even as these wars become obvious disasters. Framing war opponents as unpatriotic traitors has put us on the defensive.  Fealty to our military is required for media legitimacy.  Outside the wild cards of Tulsi Gabbard (who also touts her military experience) and Marianne Williamson, only Bernie Sanders consistently addresses these issues, though these concerns tend to be overshadowed by controversies over Medicare For All or his hard earned aversion to Wall Street.

According to numerous surveys, the military is our most respected institution.  This has not always been so; by the end of the war in Southeast Asia or even in the 1990s, the military was much less revered.  Today retired generals get an automatic pass to play the pundit, while knowledgeable and astute antiwar critics are at best tokenized.   Despite its repeated and multiple failures abroad, the military is largely immune from criticism.  The military has failed to win “hearts and minds” abroad, but has been wildly successful at home, as the Pentagon has waged an extensive and relentless campaign.  Much of that expensive effort is a response to the great difficulty the Pentagon has meeting its recruiting quotas, especially for the army.[1]

One result of the adulation of the military is the normalizing of an enormous military budget--over $600 billion dollars, equal to the total military budgets of the next 7 largest spending nations. We have a rising military budget side by side with a shrinking social welfare budget, while the US boasts the highest child poverty rate (25%) in the ‘developed’ world.  Another consequence is the framing of social problems as problems of social control; abroad in ongoing wars; at home flooding the police with military hardware, arming teachers, locking up the marginalized; and treating the southern border as a war zone in a one-sided barbaric war.

Most Americans know of the war in Afghanistan and of continuing involvement in Iraq, but few are aware that as The Nation reports “the United States has approximately 800 formal military bases in 80 countries, a number that could exceed 1,000 if you count troops stationed at embassies and missions and so-called “lily-pond” bases, with some 138,000 soldiers stationed around the globe. [2]Brown University’s “Costs of War” puts the price tag for post 9/11 wars at $6.4 trillion.[3]  Furthermore, thanks to deliberately manufactured induced ignorance and amnesia, very few Americans are aware that since World War II, the US military has been reportedly responsible for the deaths of possibly 20 million people in 37 different nations.[4]

The US supports Israel’s ongoing oppression of Palestinians, and Saudi Arabia’s war destroying Yemen, as well as right wing autocrats around the world from Brazil to Hungary to India to the Philippines.  The US is engaged all over Africa, as Nick Turse informs us.[5]  The never-ending war on terror has only succeeded at spreading terrorist groups and producing floods of refugees, which have fed the hysteria that has sparked the rise of the populist right in the western world.[6]

One wing of the Democratic Party explicitly wants to restore a pre-Trump status quo.  For them the testimony against Trump that matters comes from the Establishment, military and otherwise, not from the direct victims of his policies—specifically people of color and women of all races.   These politicians have little concern with the dangers of a war economy and a reckless imperial foreign policy.  They even attack Trump from the right on military issues from Korea to Syria, as they may if somehow Trump arranges a pre-election withdrawal from Afghanistan.[7]

Fortunately, there are also those in the party and in its active core who deem endless war a strategic and moral disaster, crowding out needed social welfare expenditure, and who fear the growing militarization of our society.  So in the 2020 campaign, our goal is to support, draw out, and enhance the politics of the second group and call out and critique the first.

This strategy does not intend to--nor should it--divide the opposition to Trump.  For one, Trump—to some effect—has positioned himself as being opposed to “endless wars”.  For instance, The New York Times reports widespread veteran dissatisfaction with the wars in Iraq (which Trump claims to have opposed), Afghanistan and Syria.[8]  It is important that an actual antiwar perspective and practice be evident in the opposition to Trump and not cede antiwar sentiment, however bizarre, to his non-interventionist posing.

To defeat Trump and Trump-ism, it is crucial to offer and explain a perspective different from both Trump and the order that produced him.  Rather than relying on a thin, superficial, and fragile, unity, we can unite to defeat Trump but also offer a vision of a necessary, better way forward.  We need to elaborate an alternative to Trump’s faux populism and neoliberal elitism. To make passionate arguments against the war machine can be a key part of the fight as well as contributing to building a long-term anti-war movement.

The military worldview reduces all problems to issues of social control.  This perspective may be tempting to those who see themselves besieged at every turn by enemies domestic and foreign, but it is in fact a human disaster for the rest of us.  The critique of militarism, both at home and abroad, is a crucial part of the resistance to Trump.

The US left has so far enjoyed very limited electoral success on its own, but it has historically (in the Progressive era, the Thirties, and the Sixties) helped shape the national political conversation, sometimes even defining the terms of these debates.  We do not always appreciate our own power.  For instance, the Vietnam era anti-war movement’s inferiority complex has led it to grossly underestimate its power and effectiveness.

One of our jobs in the next year is to make sure each candidate is accountable to an anti-war agenda that complements our anti-racist, anti-sexist, anti-poverty, pro-worker, and climate-change agendas.  We should consistently be challenging candidates in all campaign venues.  In a nuclear world, full of political, economic, and climate refuges, we cannot afford to let candidates off the hook on the fundamental issue of war and peace.

Howard Machtinger is a long-time anti-war and anti-racist activist, currently working with the Full Disclosure campaign for an Honest Commemoration of the American War in Vietnam, a project of Veterans For Peace (see https://www.vietnamfulldisclosure.org/).

[2] See https://www.thenation.com/article/the-us-has-military-bases-in-172-countries-all-of-them-must-close/.  David Vine, author of Base Nation: How U.S. Military Bases Overseas Harm America and the World, reports that only 11 other countries have bases in foreign countries, some 70 altogether.

[3] See https://watson.brown.edu/costsofwar/.  The report adds that “ over 480,000 people have died due to direct war violence, including armed forces on all sides of the conflicts, contractors, civilians, journalists, and humanitarian workers.

 It is likely that many times more have died indirectly in these wars, due to malnutrition, damaged infrastructure, and environmental degradation.

 244,000 civilians have been killed in direct violence by all parties to these conflicts. Over 6,950 US soldiers have died in the wars We do not know the full extent of how many US service members returning from these wars became injured or ill while deployed Many deaths and injuries among US contractors have not been reported as required by law, but it is likely that at least 7,800 have been killed.

 21 million Afghan, Iraqi, Pakistani, and Syrian people are living as war refugees and internally displaced persons, in grossly inadequate conditions. The US government is conducting counterterror activities in 80 countries, vastly expanding this war across the globe.”

[5] See https://www.huffpost.com/entry/nick-turse-tomorrows-battlefield_b_7480360 and http://www.tomdispatch.com/post/176272/tomgram%3A_nick_turse%2C_the_u.s._military_moves_deeper_into_africa/. “The U.S. military has been involved in one way or another — “construction, military exercises, advisory assignments, security cooperation, or training missions” — with more than 90 percent of Africa’s 54 nations///.[5]… Including 15 enduring locations.”