The Renewable Energy Sector May ‘Pass’ the Environmental Test, But What About Labour and Human Rights? 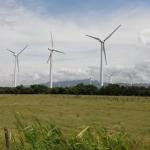 The morning that Josefa Sánchez and her neighbours found the first dead birds they knew immediately it was a bad omen. It was the beginning of the year 2000 and by then the entire community, located on the Isthmus of Tehuantepec in southern Mexico, knew perfectly well who the culprit was: the huge forest of steel growing up around them and posing a threat to their way of life.

With winds up to 30 and 40 kilometres an hour for at least two-thirds of the year, the Isthmus of Tehuantepec has become the El Dorado of wind power. This majority indigenous rural fishing region is set to become the largest wind corridor in Latin America with 5000 80-metre-high wind turbines, 2,129 of which have already been built. This victory for the environment is a defeat for the local community, whose rights have been disregarded.

From the outset, the wind turbines were installed without their consent, in violation of indigenous rights according to International Labour Organization (ILO) Convention 169. And the death of the birds has not been the most serious consequence: construction of the mega wind farm has increased inequality in the area and fractured the community.

“Most of the territory is communal, meaning that the assembly is responsible for making decisions regarding this land. This legal status has endured for more than a century but the companies have not respected it. They’ve made contracts with small landowners and bribed local leaders, which has given rise to internal conflicts. We are currently experiencing levels of violence that we haven’t seen in years,” says Sánchez, one of the leaders of the citizens movement which for years has been speaking out against this land grab in the name of sustainable development that doesn’t even serve the energy needs of its neighbours. Nearly all of the electricity produced by the turbines is supplied to foreign companies, including the US-based retail Walmart.

“These companies tout their green credentials, which has made it hard to speak out against these megaprojects,” explains Sánchez. Hers is not the only case: in the urgent and necessary energy transition, labour and human rights are being neglected throughout the world. Renewable energy companies are repeating the same business practices for which the fossil fuel industry has been criticized – practices that are very far from being clean.

And what about human rights?

According to the International Energy Agency (IEA), global renewable capacity is set to increase by 50 per cent, or 1200 GW, between 2019 and 2024, thanks above all to the expansion of solar photovoltaic and wind power. The green energy industry is accelerating due to the need to shorten times in the face of the climate challenge and achieve the goal of zero emissions from CO₂ by 2050.

However, as the Business and Human Rights Research Centre (BHRRC) has pointed out, this rapid acceleration often comes at the expense of the most fragile communities. Over the last 15 years, the international organisation has received around 150 complaints linked to sustainable projects. “Renewable energy is essential to our transition to a low-carbon economy but the human rights policies and practices of companies are not yet strong enough,” the centre warns.

The majority of abuses occur in central and south America, east Africa and south-east Asia (though there are also cases in Europe and the United States) and include land confiscation and contamination, violation of the right to consultation, violation of labour rights such as collective bargaining and unsafe working conditions, as well as threats, intimidation and violence against opponents.

Renewable energy ranks as the third most dangerous sector for people defending their land, behind only mining and agribusiness. One particularly violent example is the 2016 murder of activist Berta Cáceres for opposing a hydroelectric project in Honduras.

Green energy companies preach respect and environmental responsibility but often don’t apply the same to people. “The problem with these megaprojects is big companies looking for resources the same way they always have: finding cheap locations that they can control and maintaining a high level of consumption,” says Alberto Matarán, professor of Urbanism and Land Management at the University of Granada in Spain.

According to Professor Matarán, the renewables industry is increasingly concentratedin the hands of a few. In the wind energy sector, for example, five wind turbine manufacturers alone make up more than half of the global market share: Vestas (Denmark), GE (United States), Siemens Gamesa (Germany and Spain), Goldwind (China) and Envision (China). At the same time, workers are increasingly concentrated in the same countries. Of the 11 million ‘green jobs’ created in 2018, four million were in China, which has a near monopoly on the construction of solar panels and accounts for half of the jobs linked to wind energy.

On the opposite side of this trend is Europe, where some companies have begun to relocate part of their production in order to become more competitive, leaving more and more orphaned green employees, as was the case with Vestas in Spain.

In 2019, the multinational wind power company closed its turbine manufacturing plant in Villadangos del Páramo, in the province of León, to move production to emerging countries after benefiting from a European subsidy of €12.5 million. “We are talking about 362 workers permanently employed by the plant and about 2000 directly or indirectly employed workers. The impact has been significant,” says Gonzalo Diaz, secretary of the CCOO union in the region.

After months of mobilisation and long negotiations, the Vestas workforce was taken over by another company in the steel sector. Diaz insists that such “not particularly clean” operations should not be allowed. “These practices have been shown to be speculative. Europe must put measures in place and demand a commitment from these companies that goes beyond the environmental.” Otherwise, trade unions warn, the objective of a just transition included in the Paris Agreement on climate change will be put at risk. If renewable energy companies represent the main hope for relocating workers from coal and other dirty energy, what will happen if they leave?

Starting at the source

Perhaps the least visible side of energy transition is the origin of the materials currently used to build solar panels, wind turbines, batteries for electric cars. Where do these materials come from?

In recent years the demand for minerals such as lithium, cobalt, copper and nickel has increased with the growth of the renewables industry and, in many cases, the ways in which these raw materials are obtained are highly questionable. “One striking case is the cobalt needed to build batteries. Sixty per cent of the world’s cobalt is produced under unethical conditions in the Congo, where there are high levels of artisanal mining and child labour,” explains Helios Escalante, geographer and member of Ecologistas en Acción. In fact, five of the world’s biggest tech companies are currently facing legal action for their alleged complicity in the deaths of child miners in the Democratic Republic of the Congo.

Another issue of concern is the so-called rare earth elements, a group of 17 elements that are very difficult to extract and are used to manufacture products such as telephones, wind turbines and electric vehicles.

Most of these minerals come from mines in northern China and Mongolia, where adequate environmental protection is lacking. “Acids are used to separate the elements. These residues then accumulate in pools that leak into the aquifers,” says Escalante. This accounts for the high rate of disease in the surrounding villages.

The UN’s Guiding Principles clearly state that all companies have a responsibility to ensure respect for human rights throughout their supply chains. For this reason, the same transparency that is beginning to be demanded of the textile and tech industries with respect to their suppliers should be similarly demanded of the renewable energy industry.

At present, only a few companies have made voluntary commitments, such as the agreement on human rights and sustainable work that Siemens Gamesa has signed with the trade union federation IndustriALL Global Union. It is currently the only company in the sector to sign the document.

The BHRRC calls on green multinationals to adopt firm human rights policies and commit to rigorous consultation processes, to respect land tenure and the rights of indigenous peoples, and to share the benefits of renewable development with local communities, both for the sake of these communities as well as for their own reputation.

“Slowing down on the implementation of renewables is not feasible because we are running out of time,” says María Prado, head of energy transition at Greenpeace. “But obviously being in a hurry is not at odds with doing things right. It is crucial that these companies have due diligence criteria. They must be accountable for their activities and impact.”

According to the ILO, sustainable development encompasses three dimensions: economic, social and environmental. A company that refers to itself as ‘sustainable’ should thoroughly comply with these three requirements. As Sánchez puts it: “Energy transition should never involve the extermination of a village.

This article has been translated from Spanish.