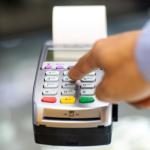 What happens when we use our credit cards? We all think we know. We charge a purchase on our card, we incur a debt. If we pay off that debt within a month, we face no interest charge. End of story.

Not quite. Something else important is happening whenever we make a credit card charge:  We’re making already rich people considerably richer.

Our generosity — to the deep pockets above us — operates on two levels, one that will come as no surprise to anyone who’s been following corporate pay patterns, the other reflecting a cash-register dynamic that hardly any of us know anything about.

The unsurprising reality? Our credit cards are bankrolling some of Corporate America’s largest executive paychecks. K.I. Chenault, for instance, pocketed nearly $400 million from American Express between his 2001 hiring as CEO and his retirement in early 2018. That same year, Visa’s four highest-paid execs all pulled down over $12.5 million each. Last year, the chief executive at Mastercard enjoyed a pay deal worth $20.4 million.

The interest consumers pay on their card purchases certainly does add up, and massively so. But our credit card giants, as former U.S. Treasury Department official Aaron Klein points out, actually get the bulk of their profit from the “swipe fees” the credit card industry charges merchants.

These fees typically run from 3 to 5 percent of the purchase price. The larger your purchase, in other words, the more money credit card companies rake in from merchants. And that gives our credit card giants a powerful incentive to get as many affluent people as possible using their cards.

Enter the cash-back reward. Credit card companies spend billions every year “rebating” cash to the holders of luxury high-end credit cards. Average consumers can get cash-back, too, but at nowhere near the rates that credit card execs extend to their wealthiest customers. The choicest high-end cards give the affluent who qualify for them 3 percent — and more — of their purchases back, triple the 1 percent cash-back rate that many average-income consumers can expect.

About half of Americans — those the credit industry rates as “subprime” — won’t even get that. These households most often end up using debit cards that return zilch back on their purchases.

The affluent, credit industry analyst Aaron Klein adds, don’t just get more cash back than anyone else. They also get a tax break. The IRS doesn’t categorize credit-card rewards as taxable income. How much of an impact can this IRS stance have on the finances of wealthy households?

“Consider a wealthy family that racks up charges of $250,000 a year on a top-of-the-line credit card that gives them 2.5 percent cash back,” Klein asks. “That family gets a $6,250 stocking stuffer from the payment system elves — worth more than $10,000 in pre-tax wages.”

People who overall only earn $10,000, meanwhile, essentially end up subsidizing the cash-back bonanzas that flow to high-income households. And so do the rest of us who could never in a million years qualify for a lavish cash-back card.

If merchants, Klein explains, “could pass the fees they pay for accepting a rewards credit card on to the customer using it, wealthier people would see higher prices, or customers using cash or debit would pay less.”

Getting the picture? We have a rigged system here, a set of private- and public-sector policies that funnel money out of ordinary households and into America’s deepest pockets. The U.S. Supreme Court approves. In 2018, by a 5-4 vote, justices gave credit card companies the green light to continue imposing, as one merchant group charged, “a gag order on retailers’ ability to educate their customers on how high swipe fees drive up the price of merchandise.”

Any system rigged to reward rich people can, of course, be unrigged. The current White House has no interest in leading the charge for that unrigging. Maybe the next one will.