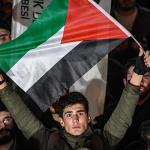 On Tuesday, President Trump released his long-gestating plan for Middle East peace, the so-called “deal of the century.” It calls for a Palestinian state in the West Bank and Gaza; for Jerusalem, including its Old City, to be the undivided capital of Israel; and for Israel to annex all settlements, as well as the Jordan Valley — which makes up nearly a fourth of the West Bank, including its eastern border with Jordan — creating a discontiguous Palestinian archipelago state, surrounded by a sea of Israeli territory. Mr. Trump announced that the United States will recognize Israeli sovereignty over all the territory the plan assigns to Israel, and shortly after, Prime Minister Benjamin Netanyahu of Israel pledged to annex all settlements and the Jordan Valley beginning on Sunday.

So there was agreement among both supporters and detractors that the proposal marked a momentous break from decades of American and international policy. But is the plan truly the antithesis of the international community’s longstanding approach to the conflict? Or is it in fact that approach’s logical fulfillment?

For over a century, the West has supported Zionist aims in Palestine at the expense of the indigenous Palestinian population. In 1917, the British government promised to establish a national home for the Jewish people in Palestine, where Jews made up less than 8 percent of the population. Thirty years later, the United Nations proposed a plan to partition Palestine: The Jews, who made up less than a third of the population and owned less than 7 percent of the land, were given the majority of the territory. During the ensuing war, Israel conquered more than half the territory allotted to the Arab state; four-fifths of the Palestinians who had lived in what became the new boundaries of Israel were prevented from returning to their homes. The international community did not force Israel to return the territory that it had seized, or to permit the return of refugees.

After the 1967 War, when Israel conquered the remaining 22 percent of Palestine, as well as the Sinai Peninsula from Egypt and the Golan Heights from Syria, Israel illegally established settlements in the territories it occupied and created a regime with separate laws for different groups — Israelis and Palestinians — living in the same territory. In 1980, Israel formally annexed East Jerusalem. As with Israel’s settlement activity, there was some international finger wagging and condemnation, but American financial and military backing for Israel only strengthened.

In 1993, the Oslo Accords granted limited autonomy to Palestinians in a scattering of disconnected islets. The accords did not demand the dismantling of Israeli settlements or even a halt to settlement growth. The first American plan for Palestinian statehood was presented by President Bill Clinton in 2000. It stated that large Israeli settlements would be annexed to Israel and that all Jewish settlements in occupied East Jerusalem would also be annexed. The Palestinian state would be demilitarized and contain Israeli military installations as well as international forces in the Jordan Valley that could be withdrawn only with Israel’s consent. As with the “deal of the century,” this plan, which formed the basis of all subsequent ones, gave the Palestinians increased autonomy and called it a state.

There are now more Palestinians than Jews living in the territory under Israel’s control, according to the Israeli military. Whether in Mr. Trump’s vision or Mr. Clinton’s, American plans have confined most of the majority ethnic group into less than a quarter of the territory, with restrictions on Palestinian sovereignty so far-reaching that the outcome should more appropriately be called a one-and-a-half-state solution.

Mr. Trump’s plan has many severe faults: It prioritizes Jewish interests over Palestinian ones. It rewards and even incentivizes settlements and further dispossession of the Palestinians. But none of these qualities represent a fundamental break from the past. The Trump plan merely puts the finishing touches on a house that American lawmakers, Republican and Democrat alike, spent dozens of years helping to build. During the last several decades, as Israel slowly took over the West Bank, putting more than 600,000 settlers in occupied territory, the United States provided Israel with diplomatic backing, vetoes in the United Nations Security Council, pressure on international courts and investigative bodies not to pursue Israel, and billions of dollars in annual aid.

Some of the Democrats now running for president have spoken of their disapproval of Israeli annexation, even as they propose nothing to stop it. Thus a mainstream Democrat like Senator Amy Klobuchar could declare her opposition to annexation and sign a letter criticizing the Trump plan for its “disregard [of] international law,” when she had also co-sponsored a Senate resolution “expressing grave objection” to a 2016 United Nations Security Council resolution that demanded Israel halt illegal settlement activity. Other Democrats, such as Senator Elizabeth Warren and Pete Buttigieg, say they would be unwilling to provide American financial support for Israeli annexation. But that is little more than a slick formulation that allows them to sound tough while threatening nothing, since American assistance to Israel would not, in any event, go directly toward the bureaucratic tasks involved, such as transferring the West Bank land registry from the military to the Israeli government.

Aside from vague references to using aid as a lever, no presidential candidate except Senator Bernie Sanders has put forth proposals that would begin to reduce American complicity in Israel’s violation of Palestinian rights. Declarations of opposition to annexation ring hollow when they are not accompanied by plans to prevent or reverse it: banning settlement products; reducing financial assistance to Israel by the amount it spends in the occupied territories; divesting federal and state pension funds from companies operating in illegal settlements; and suspending military aid until Israel ends the collective punishment of two million people confined in Gaza and provides Palestinians in the West Bank the same civil rights given to Jews living beside them.

The Trump plan, much like the decades-long peace process that it crowns, gives Israel cover to perpetuate what is known as the status quo: Israel as the sole sovereign controlling the territory between the Jordan River and the Mediterranean Sea, depriving millions of stateless people of basic civil rights, restricting their movement, criminalizing speech that may harm “public order,” jailing them in indefinite “administrative detention” without trial or charge, and dispossessing them of their land — all while congressional leaders, the European Union and much of the rest of the world applaud and encourage this charade, solemnly expressing their commitment to the resumption of “meaningful negotiations.”

Israel’s defenders like to say that Israel is being singled out, and they are right. Israel is the only state perpetuating a permanent military occupation, with discriminatory laws for separate groups living in the same territory, that self-identified liberals around the world go out of their way to justify, defend and even fund. In the absence of advocating policies with actual teeth, the Democratic critics of the Trump plan are not much better than the president. They are, not in words but in deeds, supporters of annexation and subjugation, too.

Nathan Thrall (@nathanthrall) is the author of “The Only Language They Understand: Forcing Compromise in Israel and Palestine” and the director of the Arab-Israeli Project at the International Crisis Group.