Dispatches From the Culture Wars - February 4, 2020 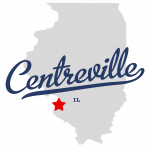 Trump Can Do Whatever He Wants

At the heart of Trump’s defense is the justification that underlies all authoritarian rule. The leader is special. The job of everyone else in government is to accept what the leader does first and find the reasons for it later.

Is Joe Rogan a Deal Breaker?

Comedian and podcast host Joe Rogan’s endorsement of Bernie Sanders — and the subsequent outrage in gay, trans, and other communities over Sanders’s embrace of the endorsement — is one of the most intricate and multifaceted political controversies of recent months.

The nearly all-black town of Centreville IL now floods with raw sewage every time it rains. “Bring us back some help,” residents say, living through an environmental horror that evokes centuries of official disinterest in black suffering, as well as a future in which the poor are left to suffer in areas made uninhabitable by climate change.

The Christian Right is Legislating

Seemingly disparate anti-LGBTQ, anti-choice bills can all be traced to Project Blitz, an elaborate legal strategy devised by a coalition of Christian Right groups.

Now that hip-hop is no longer seen as a threat, it’s become the default ambiance in the kinds of high-end spaces that include few Black people.

Thousands of people have taken to Twitter to explain why they stopped supporting the Republican Party using the hashtag #ILeftTheGOP.

By Vaidya Gullapalli
January 29, 2020
The Appeal

Safety does not come through the infliction of violence. Rather, violent policing, criminalization, and incarceration are threats to health.

The organizing happening in North Carolina right now is in line with a national turn toward community-focused union militancy among teachers, but it carries risks.