Will Betelgeuse Explode? After ‘Unprecedented’ Dimming The Giant Star Is Now Changing Shape 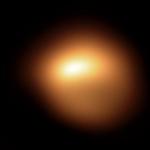 The star in the constellation of Orion has been visibly dimming since late 2019, and now stands at just 36% of its normal brightness. Astronomers and experienced stargazers can easily see the difference, and it’s got them talking ... about the chance of the star becoming a supernova.

Is the dimming associated with a change in Betelgeuse that could lead to the star “going supernova?” In that scenario, Betelgeuse’s explosion could mean it shines as bright as a full moon for a few months.

So why has it got dimmer? A team led by Miguel Montargès, an astronomer at KU Leuven in Belgium, has been observing the star with the ESO’s Very Large Telescope since December. Among the team’s first observations is this stunning new image (above, main image) of Betelgeuse’s surface in visible light. It was taken late last year with the telescope’s SPHERE instrument.

By lucky chance the same team had photographed Betelgeuse in January 2019 prior to its dimming—in visible light and using the same telescope—giving them the invaluable before-and-after comparison in this video:

The video shows how much the star has faded, but also how its apparent shape has changed. So what’s going on? “The two scenarios we are working on are a cooling of the surface due to exceptional stellar activity or dust ejection towards us,” says Montargès. “Of course, our knowledge of red supergiants remains incomplete, and this is still a work in progress, so a surprise can still happen.”

It’s thought that Betelgeuse is between 650 and 700 light years away, and that the star is around 15-20 times the mass of the sun. The mass makes a huge difference in calculating at what stage Betelgeuse is in its development. 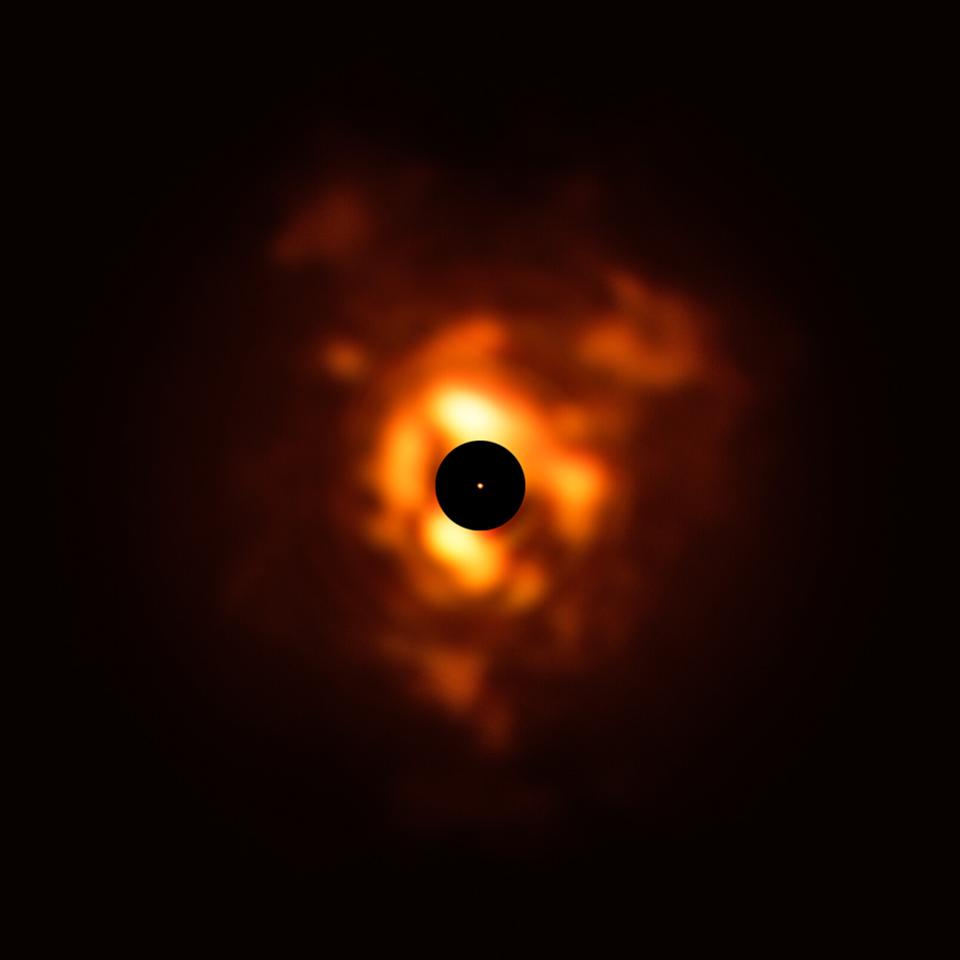 Basically, Betelgeuse’s dimming—and its “new” apparent shape—is all down to dust.

Here’s another dramatic new image (above)—this time at a wavelength of light similar to that detected by heat cameras—also taken in December 2019. It was taken using the VISIR instrument on the Very Large Telescope and it shows the infrared light being emitted by the dust surrounding Betelgeuse. It was taken by a team led by Pierre Kervella from the Observatory of Paris in France. The clouds of dust are formed when the star sheds its material back into space, something that astronomers know that Betelgeuse is prone to do. It’s why Betelgeuse is known to dim now and again—though it’s never got as dim as it is right now.

In this video, published today, you can also see the surface of Betelgeuse—that tiny black dot in the middle of the image.

“Over their lifetimes, red supergiants like Betelgeuse create and eject vast amounts of material even before they explode as supernovae,” said Emily Cannon, a PhD student at KU Leuven working with SPHERE images of red supergiants. “Modern technology has enabled us to study these objects, hundreds of light-years away, in unprecedented detail giving us the opportunity to unravel the mystery of what triggers their mass loss.”

Betelgeuse is typically the eleventh-brightest star in the night sky, but lately it’s lost that claim. Will it go supernova? Yes, absolutely it will. When? Sometime in the next 100,000 years. In cosmic terms, that’s any second now ...

Jamie Carter I'm an experienced science, technology and travel journalist interested in space exploration, moon-gazing, exploring the night sky, solar and lunar eclipses, astro-travel, wildlife conservation and nature. I'm the editor of WhenIsTheNextEclipse.com and the author of "A Stargazing Program for Beginners: A Pocket Field Guide" (Springer, 2015), as well as many eclipse-chasing guides. Follow me on Twitter. Check out my website.