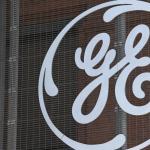 On Monday, General Electric factory workers walked off the job and demanded that the company convert its jet engine factories to make ventilators. Workers protested at GE's Lynn, Massachusetts aviation facility held a silent protest, standing six feet apart. Union members at the company’s Boston headquarters also marched six feet apart, calling on the company to use its factories to help the country close its ventilator shortage amid the coronavirus pandemic.

These protests come just after General Electric announced it would be laying off 10 percent of its domestic aviation workforce, firing nearly 2,600 workers, along with a “temporary” layoff of 50 percent of its maintenance workers in a bid to save the company "$500 million to $1 billion.” This news came as Congress stood ready to pass a multi-trillion dollar corporate bailout that would include at least $50 billion in federal assistance and $25 billion in loans and temporary tax relief for the aviation industry, as well as a further $17 billion for federal assistance to companies deemed "crucial to national security" (e.g. defense contractors like Boeing or General Electric).

In a press conference, members of the Industrial Division of Communication Workers of America (IUE-CWA) explained how General Electric’s current layoffs and closures would undermine future efforts to increase ventilator production. Without experienced workers to operate now empty and idle factories, production will likely be slowed down.

IUE-CWA Local 86004 President Jake Aguanaga offered his plant, located in Arkansas City, Kansas, as an example of how much manufacturing capacity could be converted: more than 52 percent of his workforce has been laid off, and several football fields worth of factory space are currently sitting idle. “If GE trusts us to build, maintain, and test engines which go on a variety of aircraft where millions of lives are at stake, why wouldn’t they trust us to build ventilators?” he said.

GE’s Healthcare Division is already one of the country’s largest manufacturers of ventilators, so union members believe that other factories could be converted to produce the life-saving devices. Hospitals around the country say that there is a critical shortage of ventilators, and many experts have implored President Trump to invoke the Defense Production Act to require companies to produce them. Trump finally decided to make General Motors produce ventilators over the weekend, the first in a series of deals that may eventually call on General Electric to increase ventilator supply.

“Ventilators are desperately needed at hospitals in New York, California, Washington State, and Florida. They soon will be in short supply from the East Coast to the West Coast, from Puerto Rico to Hawaii, from Alaska and Illinois to Texas,” said CWA President Chris Shelton. “Most Americans are not aware that the best ventilators are already made by General Electric within the company’s healthcare division.”

“Our country depends on these highly skilled workers and now they’re wondering why they are facing layoffs instead of having the opportunity to use their unbelievable skills to help save lives,” said Shelton.

GE did not immediately respond to a request for comment.