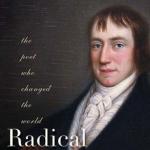 James Boswell started his biography of Dr Johnson on an anxious note: “To write the Life of him who excelled all mankind in writing the lives of others,” he confessed, “may be reckoned in me a presumptuous task.” How presumptuous, then, must the biographer of William Wordsworth feel? Not only is he one of the greatest of all English poets, but in The Prelude, largely unpublished until after his death, he excelled all mankind in writing the history of his own life – or rather, what he called “the growth of a poet’s mind”. No biographer could hope to compete with the sheer audacity and originality of Wordsworth’s 14-book blank verse account of what had made him a writer and a man. But as these three studies make plain, there is more than one way to tell the story of a life.

Although his verse autobiography tracks the sources of a poet’s character and imagination, in real life its author tried just as strenuously to keep himself hidden from view. Wordsworth thought one of the best ways to put off would-be biographers was to claim that virtually nothing had ever happened to him. Now we know differently. The “well-kept secrets” to which Andrew Wordsworth (a descendant) alludes in his title are, first, the poet’s “true feelings towards his sister”, and second, “the existence of his illegitimate daughter”. The latter might justly be described as a secret, since knowledge of Caroline Wordsworth’s birth in revolutionary France did not become public until seven decades after Wordsworth had died. It is also true that he enjoyed an intensely and unusually loving, creative relationship with his sister Dorothy. But this can scarcely be said to constitute a “secret”; Wordsworth doesn’t appear to have felt burdened by his feelings towards her, nor did he try to conceal them. Andrew Wordsworth stops short of suggesting, as others have done, that the connection may have been incestuous. Rather, he sees in the five celebrated “Lucy” poems – a series of works concerning a young girl who has died, composed between 1798 and 1802 – coded references both to Caroline and Dorothy, expressing the author’s fears for the loss of one or both of them but also in some sense steeling himself to bear it. 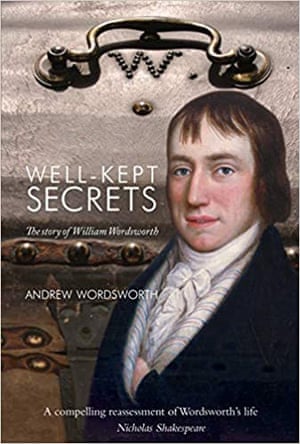 One of the many enjoyments of Stephen Gill’s William Wordsworth: A Life is the quiet pride it communicates in a job well done. Wordsworth emerges from this comprehensive and absorbing study as a man whose sense of purpose and duty steadily grew from youth to old age. That sense had its origins in the early loss of his parents on the one hand, and in his poetic vocation on the other. The orphaned Wordsworth did not see his sister again until they were both grown up. Once reunited, they embarked on a remarkable experiment in domesticity and writing, one to which both siblings, their friends, and (later) Wordsworth’s wife, Mary, were devoted. Gill carefully draws out the rewards and the costs of what it meant for other people to commit their lives to an often testy, sensitive man whose needs dominated the household. He also rightly pauses on several occasions to remind us that, while biographies impose a shape and certainty on the lives of their illustrious subjects, those subjects could not themselves have known how things would turn out. It took a long time indeed for Wordsworth’s greatness to be recognised. For much of his long life (he died aged 80) he was either poor, or vilified by critics, or both.

First published in 1989, Gill’s biography now appears in a second edition to mark the 250th anniversary of the poet’s birth. The new text includes ampler consideration of Wordsworth’s wife and sister, and an updated frame of critical references. But the book is essentially the same judicious, substantial account that it was 31 years ago. Even if it hasn’t changed much, this biography is centrally concerned with the value of change, as weighed against the merits of consistency. Like the poems it considers, William Wordsworth: A Life is constantly and subtly attentive to first and second thoughts. It cherishes and brings into sharp focus the work of revision: Wordsworth found the temptation to rewrite himself irresistible. His inability to leave his own works alone was evidence of his strongest instinct “to search for the continuity between past and present selves, to demonstrate an essential wholeness of being”. 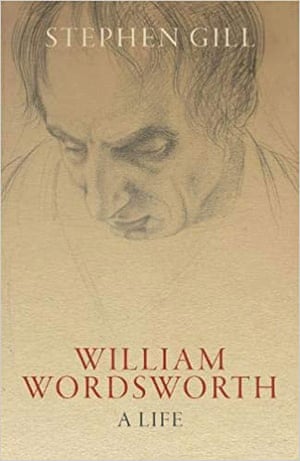 Readers have always been divided on the merits and wisdom of such “tinkering”, as the author called it. But the general consensus on Wordsworth’s career has been that the radical young man is superior to the reactionary old codger; that the works of his first decade as a writer outweigh anything he composed thereafter. When Jonathan Bate reviewed the first edition of Gill’s biography in 1989, he praised the author’s unusual willingness to attend to the latter part of its subject’s life. “Instead of the poet’s declining into the vale of years, writing worse and worse poetry,” Bate then wrote, “we are presented with a man who is an increasingly powerful force in national culture and who continually revises his work with deliberate purpose, if mixed effect”.

Gill’s readiness to find interest and value in Wordsworth’s middle and old age is indeed one of the most rewarding aspects of his biography. He gives a sense of clarity and roundedness to the whole career, and explains that Wordsworth himself did not recognise different phases of his own writing life as separable from one another. Nor did he view his own poems as “discrete objects” belonging to a single moment: early, middle, or late. He did not think of himself as a man who had changed – this charge was the most serious of those brought against him by a younger generation of poets, who saw Wordsworth as reneging on his early revolutionary principles in order to retire into rural seclusion and a steady job – but as a man whose commitments had remained the same.

Bate’s professed view of 31 years ago, that Gill’s handling of later Wordsworth was one of the most valuable things about his work has not endured. Not, at least, as far as his own opinions are concerned. In Radical Wordsworth, Bate champions what he himself once dismissed as the worn-out view that “early equals good and late equals bad”.

Having announced at the outset that “the long life of Wordsworth tails off into monotony”, Bate encourages us to dismiss the poet’s maturity and old age as dull and forgettable. He also argues that “too often, biographies of Wordsworth have been depressed by trivial occupations and the round of ordinary intercourse. These are not the things that inspire great poetry.” On the contrary, it was Wordsworth’s most radical claim that apparently trivial things and people, the rhythms of ordinary life, were the stuff of true poetry. But for Bate, the Wordsworth who matters is the republican and the polemicist who attacked hereditary monarchy, argued for universal suffrage, and held his own government and legal system to account. His Wordsworth is an eco-warrior, the prophet of “a carbon-warmed atmosphere”.

One problem with this version of events is that, as Gill points out, most evidence of Wordsworth’s early, fiery convictions survives in the form of writings he chose not to publish himself. He was never sufficiently reckless to commit himself to the career of a political journalist. Considered in the light of his earliest experiences, such caution is hardly surprising. Wordsworth’s childhood was marked and shaped by a devastating loss of security. He devoted his adulthood to imposing a sense of order on his surroundings and coherence on his past, drawing strength and fortitude from domestic routine and shoring up a sense of his own identity through returning to and recasting his early experiences. Many readers may continue to rate his first thoughts over his second ones, but Wordsworth was constitutionally inclined to disagree: “My first expressions I often find detestable,” he wrote in a letter of 1814; “and it is frequently true of second words as of second thoughts, that they are the best.”