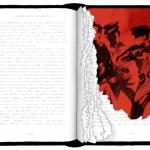 It’s happening again. It took a fraudulent 911 call, the deaths of three citizens — Ahmaud Arbery, Breonna Taylor and George Floyd — and tweets from the president endorsing lethal force against a protest movement, but finally the slow-moving American conscience is recoiling in horror.

This white shock, is it genuine? Perhaps. But why are whites repeatedly rediscovering a fact that people of color have always known: that the police are often as dangerous as the criminals they allegedly protect us from?

As a writer of crime fiction, I’ve become convinced that white writers like me bear some responsibility.

Some of our first organized police systems were designed to catch runaway slaves, keep tabs on Native American populations, break up riots and protect the private property of the white and wealthy. The police were the main weapon deployed against black Americans after slavery was abolished and white property owners — suddenly bereft of free labor — exploited a loophole in the 13th Amendment that was just wide enough to march a chain gang through.

But most Americans have never been stopped and frisked, or had their door kicked in by an officer serving a warrant, or been put in a chokehold. Their exposure to the police comes from books and TV shows, and these stories condition them to think police violence is normal. Think about “Dirty Harry,” “Lethal Weapon,” “Blue Bloods” — police officers are always beating people up to get information out of them. That can translate into people thinking excessive force is justified, perhaps especially if a suspect is black.

Crime fiction tends to favors “a return to order from chaos,” said Steph Cha, the author of the novel “Your House Will Pay.” “It requires an assumption that the justice system resolving this chaos is a functioning system, which, clearly, it isn’t.”

Early crime fiction, to its credit, often viewed law enforcement with skepticism. Justice came at the hands of private investigators. Sam Spade, Philip Marlowe and the other great P.I.’s found the police corrupt or incompetent.

This started to change in the 1950s. Richie Narvaez, the author of “Hipster Death Rattle” and an adjunct assistant professor of English who teaches mystery and crime fiction at the Fashion Institute of Technology, told me that during that “time of newfound prosperity and moral superiority,” the police procedural crime novel began to gain popularity. In Ed McBain’s “87th Precinct” and series like it, police officers fought “against a city blighted by moral decay, juvenile delinquency and ethnic violence.”

Radio shows, TV series and movies followed. “Dragnet,” the grandfather of the TV procedural, began life as a radio show before jumping to the small screen in 1951. The show’s detectives were reasonable, well intentioned and usually correct in their assumptions about a suspect.

It’s no coincidence that “Dragnet” was more or less co-produced by the Los Angeles Police Department, even as the department was embroiled in countless allegations of police brutality, in effect turning the show into a piece of police propaganda.

“Filming in Los Angeles requires a heavy police presence,” said Hannibal Tabu, the author of the comic “Project Wildfire: Street Justice” and a co-head of the communications team for Black Lives Matter Los Angeles. “Ultimately, it leads to a great deal of mutual interest between the police and the TV studios.”

David Slack, a television writer and producer who wrote a few episodes of “Law and Order,” told me: “We had wonderful consultants — truly good and kind people within the N.Y.P.D. But there was also always the sense that if we told stories that reflected too badly on the police, the N.Y.P.D. could make it very difficult for us to shoot in New York.”

The next time you pick up a popular crime novel, flip to the acknowledgments page and see how quickly the author thanks the police for ride-alongs in squad cars or answering questions about guns or forensics. The economics of publishing mean that many authors need to publish a novel every year or two; that’s a lot easier to do when you have steady contacts on the police force who are happy to talk to you.

This has brought us to a world where books and television shows frequently depict the police doing “bad things” for the “right reasons.” In an interview with NPR, the journalist Alyssa Rosenberg said that pop culture routinely over-represents incidents of police shootings, which gives “the impression that this is routine and that officers act with great calm and coolness because they’re doing this all the time.”

Color of Change, a racial justice group, noted in a landmark study of police violence in popular entertainment that this likely leads to “viewers feeling that those bad behaviors are actually not so bad, and are acceptable (even necessary) norms.”

Novelists who choose to honestly depict the failures of the criminal justice system or center the experiences of nonwhite protagonists can face career challenges. “It’s difficult to find an audience in a genre where older white women are the biggest consumers,” said Rachel Howzell Hall, the author of “They All Fall Down” and an acclaimed series of mysteries featuring the black detective Elouise (“Lou”) Norton, in an interview with CrimeReads. “Some readers are unwilling to see past color and are willing to believe that a writer of color has nothing relevant for their life experience.”

When I criticized the way crime fiction has valorized the police in a tweet this week, many people replied with a much weaker version of the same point: that writers are only going to “write what sells.” Leaving aside the moral emptiness of this defense, it misses the fact that the market’s taste can change.

The success of books like “Silence of the Lambs” led to the gory, science-driven investigations of serial killers seen in films and novels in the 1990s. In the same way, “Gone Girl” and “The Girl on the Train” created a boom in domestic suspense, leaving no middle-class marriage unscathed. Considering the protests currently sweeping our country — protests in which huge numbers of white people are also marching — it’s difficult to believe that there isn’t an audience ready to read stories about the failures of the criminal justice system.

But we cannot discard Ms. Hall’s point. There are still white readers who cannot see past the color of an author’s skin. This is where white writers of crime fiction can make a difference. We need to be more than just “aware” of our privilege. We also need to do more than just voice our support of authors of color (though we should absolutely do that as well). We need to seriously question our use of police officers in fiction as simple arbiters of justice and protection and bring those same questions to our audience.

“Think of all the thrillers that end when someone is finally able to call the police, the assumption being that the arrival of the law automatically means safety and an end to danger,” Ms. Cha said. “Crime writers need to stop showing the criminal justice system in an uncritical light. They need to stop taking it at face value that cops are not dangerous.”

Mr. Tabu went further, arguing, “The depiction of a police officer as a protagonist is always going to be deeply problematic.” Ideally, he says, police officers should become peripheral characters in crime narratives.

Those stories will increasingly be written by more diverse authors. S.A. Cosby, the author of the forthcoming “Blacktop Wasteland,” said that while white writers have “dominated crime fiction for a long time, today more writers of color, of L.G.T.B.Q. orientation, and who present as female are tackling the sacred cows of law and order with the passion and intensity of those who have been silenced finally finding their voice.”

In the meantime, white crime writers need to wake up and realize that people are dying, and our work can be a powerful tool for change. What are we doing, right now, to fight the racism plaguing our nation’s law enforcement?

“Crime fiction is the most popular book genre in the U.S., maybe on the planet, and crime novelists need to understand that what they do has a gigantic effect on the way people think,” Mr. Narvaez said. “So as a crime novelist, you have to ask yourself, ‘Am I validating a fascist point of view? Am I doing anything to help?’ We need more stories that deal with the causes and the consequences of crime.”

[John Fram is the author of the forthcoming novel "The Bright Lands."]