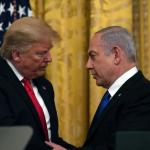 WASHINGTON – The Trump administration and the Netanyahu government are discussing a plan for “gradual” Israeli annexation in the West Bank, which would take place in several installments over the coming months, according to sources who have knowledge of the debate within the American administration. This, they have said, is one of the options that will be considered this week at the White House when Trump convenes a meeting on the issue with his son-in-law and senior adviser, Jared Kushner, and with the American ambassador to Israel, David Friedman, and other senior officials.

The administration’s plan for peace between Israel and the Palestinians would allow Israel to eventually annex as much as 30 percent of the West Bank, including all of the settlements there. Shortly after the plan was first presented in January in the run-up to Israel’s March Knesset election, Netanyahu and Friedman spoke about immediate annexation of the entire 30 percent, but Kushner put a stop to the idea.

Now, with the approach of the July 1 deadline that Netanyahu announced as the target date for getting the process started, there are some in Washington and Jerusalem who are proposing a different approach: annexing some settlements now, and potentially adding others in the future.

There are several reasons why this option is gaining momentum in the administration’s internal deliberations.

It could diffuse some – even if not all – of the criticism that annexation has already sparked from America’s allies in the Middle East. The administration, particularly Kushner, is interested in further improving ties between Israel and its Arab neighbors, and there is concern that an extensive annexation, as proposed by Friedman, would damage to those relations.

In addition, the administration still hopes to present any move involving annexation as the product of a broad Israeli consensus rather than a politically motivated deal between Trump and Netanyahu. Achieving that, however, requires the support of Netanyahu’s centrist coalition partners, Defense Minister Benny Gantz and Foreign Minister Gabi Ashkenazi of Kahol Lavan.

Gantz and Ashkenazi, two retired Israeli army generals with decades of experience in the Palestinian arena, oppose the Friedman-Netanyahu annexation plan, but might be convinced to support a more limited move, such as annexing particular settlements in the vicinity of Jerusalem.

Contrary to what has been reported by some Israeli media outlets, the Trump administration doesn’t consider Gantz and Ashkenazi’s position a “deal breaker.” The U.S. administration might end up green-lighting annexation even without their support.

But there is a clear preference at the White House for a “consensus decision” that would have their support as well, the sources said. A decision to phase in the annexation in stages might help gain their support, at least for the first step. 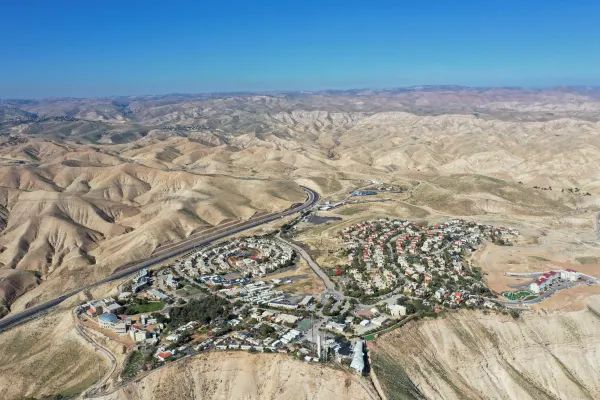 Another reason such an approach is being considered has to do with the U.S. presidential election in November. Israeli officials are concerned about the prospect that Trump will fail in his bid for reelection and that any annexation decisions taken now might suddenly become grounds for a confrontation with the next administration.

Netanyahu hopes that an annexation move that could be “sold” abroad as limited in scope and as not destructive to the prospects for a negotiated two-state solution would be more easily digested by a Democratic administration. His ambassador to Washington, Ron Dermer, has already begun presenting that argument.

In an opinion piece published over the weekend by the Washington Post, Dermer claimed that an Israeli decision to annex certain areas of the West Bank would not harm the two-state solution, but rather would help it. The Israeli ambassador has made similar comments in private conversations with lawmakers on Capitol Hill.

While his argument doesn’t seem to be persuading its main target audience – Democrats in Congress, who are increasingly speaking out against annexation – a “limited” annexation step would be easier for Israel’s supporters in Washington to frame in those terms than a decision to annex 30 percent of the West Bank all at once.

Among the very few Israeli officials who are involved in the annexation debate, there is an understanding that a gradual annexation process probably means that only one annexation phase would be carried out before the American presidential election, and that the implementation of subsequent stages would depend on whether Trump wins another term in office. But such a conclusion isn’t necessarily shared by Trump’s team, and so far, no final decision has been made within the administration on the issue.

Kushner’s close aide Avi Berkowitz, who has been leading the administration’s work on the Middle East plan for the past nine months, will be in Israel next week, flying to the country with Friedman after the ambassador wraps up working meetings in Washington. By the time they arrive, there will likely be more clarity from the American side on the timing of any annexation process.

Amir Tibon is an  Israeli journalist who covers Washington, D.C. for Haaretz newspaper. During the years 2013-2016, Amir was the diplomatic correspondent for Walla News, a leading Israeli news website. Prior to that, he was a producer for Uvda, the leading investigative news program on Israeli television.
Amir is the co-author of The Last Palestinian, a biography of Palestinian president Mahmoud Abbas, published in July 2017.  In 2015, he was nominated for a National Magazine Award (in the reporting category) for an article on the latest round of Israeli-Palestinian peace talks. For the same article, he also received an award from the National Press Club, for excellence in diplomatic reporting.
Before moving to Washington in 2017, Amir lived for two years in Kibbutz Nahal Oz, the closest place in Israel to the Gaza Strip. In 2012, Amir produced an exclusive report from inside the Syrian civil war, which was chosen as the best TV report of that year by the Israeli Documentary Directors' Forum.
Amir's writing on Israel and the Middle East has appeared in Foreign Affairs, The Atlantic, Politico Magazine, The New Yorker, Tablet Magazine, The New Republic, The Huffington Post, The American Interest and The Jerusalem Report. He has been interviewed on CNN, Al-Jazeera, CBS and MSNBC. Amir has been invited to speak about his work at leading U.S. universities, including Princeton, Columbia, Georgetown and Northwestern.
Amir can be contacted at this email - amir.tibon@haaretz.co.il