Tuesday's Elections Were a Political Earthquake 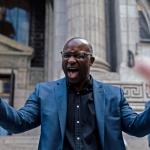 After a rollercoaster few months, first with Bernie Sanders dropping out and then with the unprecedented explosion of protest in response to the police murder of George Floyd, there can be little doubt that last night’s elections in New York and Kentucky were a cause for celebration for the Left.

Though results are still coming in, insurgent candidates — many backed by Justice Democrats, the Working Families Party, and the Democratic Socialists of America (DSA) — clearly had a good night. The liberal status quo had a very bad one.

The undisputed highlight is New York’s Sixteenth Congressional District, where middle school principal Jamaal Bowman successfully ousted Representative Eliot Engel — the most senior Democrat on the House Foreign Affairs Committee and unquestionably one of the worst Democrats in Congress — by a double-digit margin.

Bowman earned endorsements from Bernie Sanders and Alexandria Ocasio-Cortez (AOC); Engel was the party establishment’s favorite, counting Hillary Clinton, Chuck Schumer, Nancy Pelosi, and even the Congressional Black Caucus among his endorsers. Engel, a member of the House since 1989 who supported the 2003 invasion of Iraq, hadn’t faced a competitive primary in twenty years.

AOC herself, meanwhile, put to rest the idea, faddish in some liberal circles, that her 2018 victory over Joe Crowley was an electoral fluke. Challenged by Wall Street-backed CNBC anchor Michelle Caruso-Cabrera, who openly opposes progressive measures like Medicare for All and the Green New Deal, Ocasio-Cortez won easily, improving on her result against Crowley and taking home more than 70 percent of the vote.

In New York state and local primaries, DSA activist Jabari Brisport looks set to oust incumbent Tremaine Wright and join fellow DSA-er Julia Salazar in the state senate, while the DSA’s Zohran Mamdani ended the night with a comfortable lead in his race for the state assembly. Thirty-three-year old Mondaire Jones, backed by Sanders, AOC, and the Working Families Party maintains a lead in his NY-17 House primary. DSA-ers Marcela Mitaynes and Phara Souffrant Forrest did not win, but both ended the night with strong showings in local races.

Though the outcome of Kentucky’s Democratic Senate primary won’t be known until mail-in ballots are counted at the end of the month, Charles Booker also looks to be nipping at the heels of pro-Trump Democrat Amy McGrath. If successful, he will face Republican Senate Majority Leader and right-wing supervillain Mitch McConnell in the fall. Also in Kentucky, at the local level in Louisville, DSA member Robert Lavertis Bell was up for city council, though the results of his race won’t be in for several weeks.

The sudden collapse of the Sanders campaign following the euphoric months of January and February inevitably precipitated ominous discussions about the Left’s prospects and its hopes for continued gains in electoral politics, with focus on primaries and caucuses that characterized the start of the year quickly, giving way to protests and street level organizing.

Last night’s races refreshingly suggest that plenty of incumbent Democrats remain vulnerable to challenges from left insurgents — and that, despite Sanders’s defeat, the appetite for a transformative agenda that includes a Green New Deal, ambitious criminal justice reform, and Medicare For All hasn’t gone away.