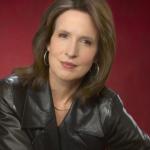 Chalk another one up for the extremists. Three weeks after Arkansas’ legislature overrode a veto and prohibited most second trimester abortions, North Dakota’s Governor signed into law a ban that kicks in just six weeks after conception. As the Associated Press noted, both sides recognize the laws for what they are: “an unprecedented frontal assault” on the Supreme Court’s landmark ruling in Roe v. Wade.

“The thing that’s incredible to me – North Dakota being case in point – is the thought that women’s rights in this country depend on their ZIP code,” the inimitable Planned Parenthood President Cecile Richards told the Huffington Post late last month. “There are now states where it’s not safe to be a woman.”

This didn’t happen by accident. Rather, there’s a disturbing pattern of states pushing blatantly unconstitutional anti-abortion measures, creating a patchwork of places in the United States where women are treated as second-class citizens who can’t be trusted to make their own decisions. The extreme anti-equality activists are intentionally defying Roe v. Wade in hopes of triggering a constitutional showdown. They want to rewrite the constitution as they go, using it to their benefit when it fits their draconian worldview and disregarding it when it doesn’t. That’s a dangerous precedent to set.

Women know that our reproductive freedom is the key to our autonomy, and that we are better mothers, citizens, and professionals when we are able to make our own decisions about our own destinies.

Watching last Sunday’s Meet the Press panel, you’d think that America was an evenly divided, or even center-right country when it comes to the right to choose (“You look at abortion,” insisted Tom Davis, “and actually the country’s moved slightly right”). But that’s just not so. A January Wall Street Journal/ NBC News poll, pegged to the 40th anniversary of Roe v. Wade, showed that a whopping 7 out of 10 Americans support the decision. The basic idea that women should have the right choose is mainstream in our culture. Alas, politics all too often takes far too long to catch up to where the culture is.

In polling, the best-tested language on abortion conveys the common sense concept that this is a decision no one can make for anyone else. People know this to be true: Every situation is different; that’s why the law allows latitude for women to make decisions about when and how they have children with their doctors and their families.

Nonetheless, as the North Dakota debacle reminds us, progressives remain urgently outmatched at the state level. Personhood language is among the legislation pushed by Americans United for Life (AUL), an under-the-radar anti-choice group that shares the savvy state-level focus and the virulent brand of extremism of the American Legislative Exchange Council (ALEC). AUL shared its legislation with lawmakers at an ALEC policy retreat. As In These Times’ Sady Doyle noted, AUL’s battery of bills “present a surprisingly comprehensive plan for banning abortion at the state level”, from requiring notarized parental permission, to banning the use of taxes for “training to perform an abortion” at state schools (ALEC itself pushes model legislation including “parental notification” and deceptive “born alive” bills). As our own Lee Fang documents in his latest feature, “conservative think tanks are on the march, working from a similar script to tear down organized labor and promote extreme right-wing policies in state capitols from Alaska to Florida.” It’s long past time for liberals to catch up.

Here’s the good news: Women vote, and they won’t stand for these attempts to shove us back to the 50’s. Women know that our reproductive freedom is the key to our autonomy, and that we are better mothers, citizens, and professionals when we are able to make our own decisions about our own destinies. That’s why these draconian laws are already creating a backlash among women nationwide. These extreme efforts undermine the GOP’s electoral viability – as we already saw last November.

We know that when women are healthy and free, families thrive, communities thrive, marketplaces thrive and nations thrive. This has been proven over and over again. But the anti-family and anti-American bullies pushing these nasty bills could use a fresh reminder.

Katrina vanden Heuvel is editor and publisher of The Nation.