The US Left Needs Humility to Understand the Politics of México 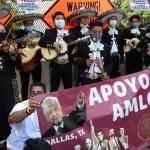 Nearly all US media articles about the visit characterize it as AMLO abandoning his progressive principles and shamefully kowtowing to Donald Trump, despite the latter’s obvious racism towards Mexicans, his brutal deportation and anti-immigration policies.   Without exception, none of these articles considers the political and economic context in which AMLO and his Morena party are attempting to implement significant economic, social, and political reforms in México.  In order to better appreciate what AMLO and Morena are attempting to do and the significant challenges they face, here are some important factors the Left, especially the North American Left, needs to consider.

1. The strategic impact for the peoples of México, Latinoamérica, the Chican@-Mexican@ people in the US, and the general struggle against US imperialism, if México were to “go left” in a sustained way.   A Leftist or Left-leaning México would be much, much more impactful than even when Venezuela, Ecuador, Bolivia, etc, went pink.  This is due not only to its size, it economy, its resources, but because it shares a 2000-mile border with the US, and has a “friendly” support population of more than 35 million Chican@-Mexican@ people within US borders.

2. Morena is a very young party, barely over 5-years old.  The PRI on the other hand held power for most of the past seventy years. And the rightist PAN, which won its first national election in 2000, has been around since 1939. Compared to Morena’s brief history, these two parties are deeply entrenched within Mexican society, especially with its ruling elite. It was in just 2014 that Morena’s membership decided overwhelmingly to become an official political party, thus enabling it to run candidates at all levels.   Morena’s 2018 electoral victories were both comprehensive and unambiguous.   They won hundreds of offices at the local, regional, national legislative, and presidential level.   This reflected years of organizing, and gargantuan mass support from nearly all sectors of Mexican society, but particularly from its working classes.   Morena now has to govern while in the process of consolidation — programmatically, organizationally, politically and ideologically, financially, etc.  It is like a vehicle that must be driven while still being assembled.   Under ordinary circumstances this would be an extremely challenging task, but it becomes even more complicated and difficult because of the COVID crisis.

3. The Mexican oligarchy remains deeply entrenched and in control of the Mexican economy, most of its mass media, major institutions (including many unions), etc.   And neither the PRI nor the Pan have gone away.  They, together with the oligarchy and media which they largely control, have been working since the elections to undermine and overthrow AMLO and Morena.  The Mexican public is daily bombarded with mass media propaganda about the failings of AMLO and Morena.

4. AMLO and Morena have an incredibly democratic/social democratic reform program, and they have identified their two most important issues, based on consultation with the masses, as ending corruption, and ending the massive wealth and income inequality in México.   This does not mean that other issues — like NAFTA 2, environment, etc., are unimportant, but unless AMLO and Morena can show progress on the priority issues, they would likely lose significant mass support.

5. AMLO and Morena have achieved policies addressing their two priority issues — increased funding for health, social, and educational programs, support for the development of independent unions, increasing the minimum wage, and more. The money comes not from taxes on the people, but from tackling corruption.  We don’t hear much about this in the US, but they are having a very positive impact on improving the lives of millions of Mexicans. 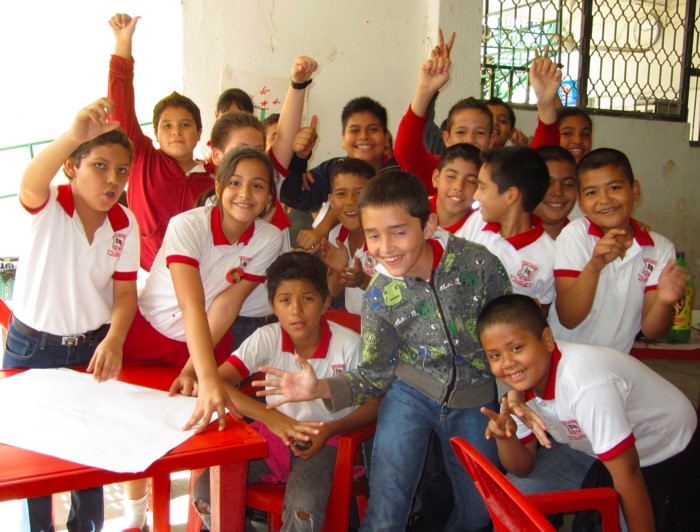 6. AMLO and Morena face the most powerful superpower in the world on its 2000-mile northern border, one with massive levels of economic penetration in México, myriad ties to the PRI and PAN, links to the Mexican military through the bogus war on drugs, and shared neoliberal goals with the Mexican capitalist class.   Layered onto these realities is the new and critical factor that the US is now led by a neo-fascist, openly racist and xenophobic president and New Confederacy political class that controls the US Senate, the Supreme Court, and a majority of governorships and state legislatures.   The devastating impact of US economic policies on the Iranian economy demonstrates the potential damage the Trump Administration could inflict on the Mexican economy.  And, the example of the coup in Bolivia shows the extent to which the US will go to undermine governments it considers a threat to its imperial interests.   Bolivia was a clear warning shot fired across the bow of México.

8. Given these conditions, it should be no surprise that AMLO and Morena have chosen to avoid a sharp and prolonged conflict with the Trump Administration.  When Trump threatened serious economic consequences for México if it did not agree to several negative compromises on immigration, asylum, and migrant caravans, these were not idle threats, but ones that could have done serious damage to the Mexican economy, resulting in possibly destroying the continuing mass support for AMLO and Morena.  And it is important to keep in mind that México continues to pursue a progressive foreign policy with all nations including Cuba, Venezuela, Bolivia, Iran, and Palestine. 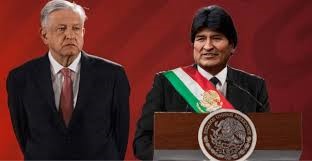 9. Like any government, especially one in its infancy, AMLO and Morena have surely made mistakes and political errors, including possibly serious ones in their response to COVID, domestic violence and femicide.   And within México there has been serious and legitimate controversy around matters such as El Tren Maya, Indigenous rights, and labor rights.

10. While the Left need not turn a blind eye to these matters, we should continue to keep our eyes on the prize — which is a consolidated Morena party that can learn how to effectively govern and which can become a beacon of hope for the Mexican people, for Latinoamérica, for Chican@-Mexicans@ and other oppressed and working class peoples in the US, and for everyone working for the destruction of US imperialism.   Marxism’s greatest lesson is to base our plans, policies, and strategies on a historical and materialist analysis of concrete conditions. Taking this approach, with regard to AMLO and México, the left should be more than hesitant to trash AMLO because he met with Trump, affirmed a NAFTA treaty that was negotiated by Enrique Peña Nieto, and seemed to shower Trump with undeserved praise.  This meeting and these actions may be small prices to pay if it keeps the Trump Administration hesitant to "go Bolivia" with Morena and AMLO.  Building any type of sustainable Left and progressive movement is most often about creating breathing room, about political space, about maneuverability.  And it’s about us all having some goddam humility.