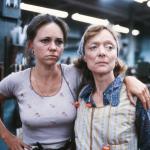 The other night, I found myself once again scrolling the multiple streaming services I subscribe to, and wondering, as I often do, which show or movie would allow me to relax my brain into a pleasing limpness. Should I pick the reality dating show about Indian singles looking to enter an arranged marriage with the help of an unflappable matchmaker? The documentary series about the face-off between federal agents and New York goodfellas in the seventies and eighties? The travel show in which a tetchy British comedian joins celebrities on jaunts to various international locales? All of these seemed solid options, if fairly mindless. Then I noticed that Martin Ritt’s 1979 drama, “Norma Rae,” which I hadn’t watched since high school, was on Hulu. Relaxing my brain, I decided, could wait for the night.

For those who haven’t seen the movie, or whose memory of it is hazy, a recap: Norma Rae Webster—played by a ferocious Sally Field, who won an Academy Award for Best Actress for the role, in 1980—is a Southern single mom of two who works on the dim, noisy floor of the town textile mill, where her parents, and, likely, her grandparents, have worked before her. It’s a grim, precarious, and repetitive job, which makes for a grim, precarious, and repetitive existence. Early on in the movie, we see her attempt to rouse her mother, who has gone temporarily deaf from the incessant din of the mill’s machines. The plant doctor is unimpressed: “Now, you know it happens, Norma Rae. It happens all the time!,” he says, suggesting that the older woman “can get herself another job” if this one isn’t to her liking. But in their mill town there is no other job, and no real alternative to the low-paying and dangerous work that the plant provides.

Though she is as constrained as anyone by her work and life conditions, Norma Rae is spirited. The movie’s original theatrical poster, an image of which is used as a thumbnail on Hulu, shows Field silhouetted on a white background, smiling widely as she raises her arms high in a cheesy triumphant stance, a slice of bare tummy revealed over the waistband of her jeans. The film itself, however, presents the character’s spunk as an angrier, more complicated, and occasionally self-defeating thing. She rails against her circumstances by talking back—to the worthless men she sleeps with and who degrade her, to her loving but domineering father, to her uncaring bosses. “Norma Rae, you have the biggest mouth in this mill,” one of her managers tells her, before attempting to neutralize her workplace demands—for a Kotex machine in the women’s bathroom, for longer smoke breaks, for more time off—by giving her a supervisor job, which she leaves soon afterward, when she realizes that it makes her a “fink” in the eyes of her fellow-workers. “You’re looking fine, Norma Rae,” the deadbeat father of one of her children tells her, when he runs into her at a local baseball game. “I’m always fine. I’m a horse!” she tells him, defiantly. Like a horse, she is strong, and she keeps going, but she also has blinders on. On her own, she is unable to shift course.

A turn comes about when Reuben Warshowsky (the great Ron Leibman, who died this past December), an organizer for the Textile Workers Union of America, arrives. A New Yorker, Reuben is an oddity in town, and his unionization efforts are met with resistance. As far as most millhands are concerned, he is a communist Jew interloper who will cost them their jobs. Norma Rae, however, is intrigued. “I think you’re too smart for what’s happening to you,” Reuben, with whom she develops a platonic but transformative relationship, tells her. The film’s most iconic and well-known scene—and the one I recalled, from watching it as a teen—is a moment when Norma Rae stands on a table at the mill and holds up a sign that reads “union,” until, one by one, the workers around her stop their machines and silence falls on the factory floor.

On this viewing, what struck me even more strongly, however, was the movie’s suggestion that no struggle can take place alone. Norma Rae is heroic, but she comes into her own, as a woman, because she is fighting for class solidarity—a struggle that, in turn, could not happen without a breaking down of long-standing ethnic and racial barriers. Even though he is Jewish, Reuben doesn’t have horns, as Norma Rae was taught to expect (“I’ve never met a Jew before,” she tells him. “As far as I can see, you look just like the rest of us”), and, though she is a woman, habitually derided by men, he treats her as his equal. What’s more, the racist tactics taken by the factory bosses, who try to persuade white employees that their Black co-workers are scheming to take over the union, can only be countered by a white-Black coalition working together against management. Speaking from the pulpit at a Black church, Reuben tells the workers of his grandfather’s textile union and its members: “When they spoke, they spoke in one voice, and they were heard. And they were Black, and they were white, and they were Irish, and they were Polish, they were Catholic, and they were Jews.” To watch the scene, toward the end of the movie, in which the factory workers chant as one, to celebrate their unionization victory, is to be reminded of something that is not only moving but also, still, more relevant than ever.

Naomi Fry became a staff writer at The New Yorker in 2018. Her writing on popular culture, books, and art has appeared in the Times Book Review, the Times Magazine, Artforum, and n+1, among other publications. She attended Tel Aviv University, holds a master’s degree in English from Johns Hopkins University, and has taught at New York University and the Rhode Island School of Design. She grew up in Israel, and now lives in Brooklyn.