What Would It Take to Avert Military Escalation With China in the South China Sea? 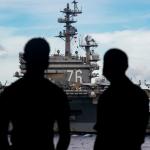 One after another, the Department of Defense has been sending its most advanced and threatening weapons into the South China Sea as part of a concerted drive to remind China of America’s superior combat power.

On July 4, it deployed two nuclear-powered aircraft carriers— the USS Nimitz and the USS Ronald Reagan—along with their accompanying squadrons of cruisers, destroyers, and submarines; joining them was a nuclear-capable B-52 Stratofortress, flown in all the way from Barksdale Air Force Base, La. On July 15, the guided missile destroyer USS Ralph Johnson sailed within 12 nautical miles of Cuarteron Reef and Fiery Cross Reef, two tiny islands converted by the Chinese into military bases. And on July 21, two B-1B supersonic bombers, originally designed to carry nuclear weapons, flew over the South China Sea in yet another demonstration of America’s military prowess.

These moves have been accompanied by unusually boastful and menacing language on the part of US military leaders. Speaking of the dual-carrier deployment in early July, for example, the commander to the Nimitz strike group, Radm. James Kirk, stated, “Our operations…are a powerful message of our commitment to regional security and stability as we protect critically important rights, freedoms, and lawful uses of the sea.” Similarly, when announcing the dispatch of those B-1B bombers, the commander of the 37th Expeditionary Bomber Wing, Lieutenant Colonel Lincoln Coleman, asserted that such long-distance missions provide “the flexibility for our bombers to operate in any area of responsibility” and “gives us the ability to project air power across the globe.”

All these military moves (and others like them we can expect in the weeks and months ahead) have coincided with the adoption of an alarming new US position on China’s maritime claims in the South China Sea, announced by Mike Pompeo on July 13. Until now, Washington has called for a peaceful resolution of the disputes between China and its southern neighbors—notably Malaysia, Vietnam, and the Philippines—over possession of the tiny reefs and atolls that populate the South China Sea, and over rights to fish and drill for oil in the surrounding waters. In his July 13 statement, however, Pompeo hinted that Washington is now prepared to use force in defending those neighbors against any hostile moves on China’s part. 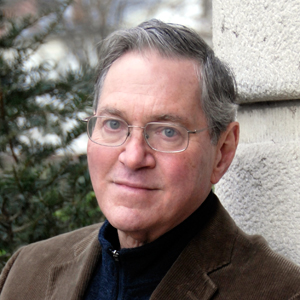 Positing that China’s claims to most of the islands was “unlawful” and that it was guilty of “bullying” the other countries when they sought to exploit offshore resources that are rightfully theirs, Pompeo asserted that the United States was prepared to assist them in resisting such egregious behavior. “In the South China Sea,” his statement reads, “we seek to preserve peace and stability, uphold freedom of the seas in a manner consistent with international law, maintain the unimpeded flow of commerce, and oppose any attempt to use coercion or force to settle disputes.”

Given that hostile encounters between Chinese coast guard vessels and the fishing or oil-survey boats of the other countries occur on an almost weekly basis, some incident Pompeo might characterize as Chinese “bullying” of an American friend or ally—thereby justifying a US military response—could arise at almost any time. In fact, such an incident almost occurred in May, when the Navy dispatched three of its warships to nudge away some Chinese vessels that were said to be harassing a Malaysian oil-drill ship.

In orchestrating all these military and diplomatic moves, US officials seem to be proceeding with a sense of magisterial self-assurance—as if China were able to gain a foothold in the South China Sea because of American inattention during the “forever wars” in Iraq and Afghanistan and that now, with the United States again asserting its authority there, the Chinese are certain to retire in trepidation. This is evident in the Pentagon statements cited above and the harsh and disrespectful tone of Pompeo’s July 13 statement.

For anyone with any sense of history, this all has a troubling resemblance to the events in Sarajevo in June 1914, on the eve of World War I. At that time, as now, a rising power (Germany then, China now) was confronted by a coalition of prevailing powers (Czarist Russia, Britain, and France then, the United States, Britain, Australia, and Japan now) determined to retain their dominant position.

When, on June 28, 1914, Archduke Franz Ferdinand of Austria-Hungary and his wife, Sophie, were assassinated by Serbian nationalists in Sarajevo (then part of the Austro-Hungarian Empire), the Austrians declared war on Serbia, believing a quick military strike would subdue the extremists. But Russia, keen to support its ally Serbia and fearing the rise of Austria’s ally Germany, mobilized its armed forces in a bid to deter Germany from entering the conflict on Vienna’s side; Germany, in response, mobilized its own forces, prompting Britain and France to mobilize theirs. Each of those actors confidently believed that a powerful demonstration of force would deter its rivals from commencing offensive military action—and every one of these assumptions proved false, with devastating consequences.

Today, it’s easy to detect a similar mood of nonchalance regarding the possible outcome of an armed clash between China and the United States. In response to claims in the Chinese media that the People’s Liberation Army (PLA) possesses missiles capable of sinking American carriers in the South China Sea, Secretary of Defense Mark Esper blithely responded, “I don’t know what the Chinese meant by that hollow statement about American carriers being [vulnerable],” but American carriers have operated in the South China Sea since World War II “and we’ll continue to be there, and we’re not going to be stopped by anybody.”

It is not hard to imagine, given this degree of confidence, that top White House officials might be thinking that a small war with China in the South China Sea—intended to demolish Beijing’s bases there and demonstrate the overpowering superiority of American weapons—could be the perfect answer to Trump’s falling poll numbers. Just think of it: Trump delivers a true American “victory” against our newest foe on the very eve of election day!

But it is not just military folk and Republicans who seem to believe that a little war in the South China Sea would result in an overwhelming American victory. In a recent article in Foreign Affairs, for example, Michèle A. Flournoy, undersecretary of defense in the Obama administration—and a possible defense secretary in a Biden administration—wrote that China’s expansion into the South China Sea was largely due to American negligence and that any further adventurism on Beijing’s part could be prevented by a conspicuous display of American military strength. “If the U.S. military had the capability to credibly threaten to sink all of China’s military vessels, submarines, and merchant ships in the South China Sea within 72 hours,” she wrote, “Chinese leaders would think twice before, say, launching a blockade or invasion of Taiwan.”

However, as was true of all key actors in 1914, all this rests on the assumption that a strong show of force will be enough to convince one’s opponent to accept its inferior status and back off. This is delusional thinking of the sort that led to calamity in Sarajevo in 1914.

Whatever Pompeo and others might say about the legitimacy of China’s occupation of those contested islands in the South China Sea, Chinese officials have stated repeatedly that they are part of China’s sovereign territory and will be defended by the PLA as circumstances require. “China has several times experienced the threats posed by the US in the [South China] Sea with its deployment of multiple aircraft carriers,” said Wang Yunfei, a retired PLA naval officer, on Chinese media. “China’s resolve to safeguard its territorial integrity, sovereignty, and maritime interests will not waver [after] the latest threat posed by the US. The Chinese military is prepared and will deal with the [threat] with ease.”

Just exactly how capable the PLA is of repelling a US military strike is unclear, as the Pentagon possesses a large array of sophisticated weapons capable of neutralizing Chinese defenses; nevertheless, China possesses many “carrier-killing” ballistic missiles, and, even if only a few succeed in their intended mission, even one aircraft carrier on the US side with its crew of thousands would be a calamitous loss. This, in turn, would undoubtedly provoke additional US attacks on China and equivalent retaliation on Beijing’s part, resulting in a regional war and global economic chaos. It is the height of folly, then, to assume that a punitive US military strike in the South China Sea will result in Chinese capitulation with zero cost to the United States.

There are, no doubt, many in the Department of Defense and the US business community who recognize the extent of the danger. Even during those dual-carrier operations in July, when China was also conducting naval maneuvers in the South China Sea, military officials on both sides adopted distancing measures to avoid an unintended mishap or clash between them. At present, however, the voices of caution and reason are being drowned out by those advocating a tough stance toward China and a heedless inclination to employ force. It is essential, then, that members of Congress and the public call for a de-escalation of tensions in the South China Sea and the initiation of high-level discussions among top American and Chinese political and military officials to adopt interim measures aimed at reducing the risk of armed hostilities in the region.

Eventually, China will have to address the claims of its neighbors to certain maritime areas now claimed exclusively by Beijing. The United States can serve as a “friend of the court” (as it were), advising those countries and supporting them in international venues like the United Nations. But it must not risk World War III in a paternalistic effort to teach China a lesson about who is top dog in that distant body of water.

Michael T. Klare, The Nation’s defense correspondent, is professor emeritus of peace and world-security studies at Hampshire College and senior visiting fellow at the Arms Control Association in Washington, DC. Most recently, he is the author of All Hell Breaking Loose: The Pentagon’s Perspective on Climate Change.

If you like this article, please give today to help fund The Nation’s work. Ensure that mission-driven, investigative journalism that exposes abuses, rights wrongs, and holds the powerful accountable will continue to survive at a time when we need it most. Thank you for your support!