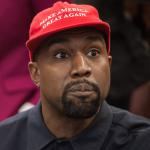 The producer-turned-rapper-turned-[unclassifiable] is already on the ballot in three states, and is navigating various filing requirements and legal challenges to get a bubble next to his name in a handful of others. But myriad questions remain unanswered about the Wyoming resident’s slipshod run at White House.

One of those questions: Why?

Another good one: How?

The former is largely unanswerable, maybe even to West himself. He certainly wants attention (which he’s getting). He certainly wants to capitalize financially on said attention (which he is doing). But is some other, more Machiavellian motive at play here? Could West’s last-minute decision to run for president be a heave to help his fledgling friend remain in office? When Forbes pointed out to West last week that with no real chance to win, his campaign was only serving as a spoiler, West replied: “I’m not going to argue with you, Jesus is King.”

The intrigued thickened this week, when The New York Times reported that West recently met with Jared Kushner, Trump’s son-in-law-turned-political handyman, in Colorado. When the paper asked West about the rendezvous, he tweeted that he is willing to do a live interview about it, and that he and Kushner “discussed Dr Claude Anderson’s book Powernomics.” On Wednesday, Forbes reported that not only did West meet with Kushner over the weekend, the pair talk “almost daily,” which is pretty damn weird.

Regardless of whether Kushner or some larger combination of pro-Trump forces coaxed West into running for president, there’s no doubt that Republicans are not only welcoming his run, they’re actively facilitating it — presumably out of a belief that he would siphon voters away from Joe Biden. After all, if it weren’t for third-party candidates like Jill Stein and Gary Johnson, Trump may have have lost Wisconsin in 2016.

This brings us to the question of “how,” the answer to which, for now, seems to be through a bunch of GOP-affiliated operative-types scrambling to amass signatures and file paperwork in states across America.

What’s going on in Wisconsin?

The most prominent example of fuckery came earlier this month, when Lane Ruhland, a GOP election lawyer, was filmed scurrying up to the election commission building in Madison, Wisconsin, to drop off signatures for West.

Not only is Ruhland a GOP election lawyer, she represented the Trump campaign in a lawsuit against a Wisconsin television station that aired an anti-Trump ad paid for by Priorities USA, a Democratic PAC. If one of Trump’s lawyers filing paperwork for another 2020 candidate sounds to you like it could be a conflict of interest, you’re not alone. Last week, the Campaign for Accountability filed a complaint alleging that Ruhland may have violated her “ethical obligations” as a member of the Wisconsin bar. “Bar rules are clear,” CFA Executive Director Michelle Kuppersmith said in a statement, “lawyers can’t represent two parties with adverse interests.”

Ruhland’s efforts haven’t secured West a spot on ballots in the swing state just yet. She filed the papers in Madison 14 seconds after the 5 p.m. deadline, which, according to local officials, invalidates them. West’s campaign responded in a complaint by arguing that the “statutory provision does not distinguish between minutes and seconds,” and as long as the signatures were filed before 5:01 p.m., they should be valid.

There’s also the issues of whether the signatures themselves are valid. According to two complaints against West’s move to get on the ballot in Wisconsin, they are not. West’s campaign ran into the same issue in Illinois and New Jersey, where he will not be appearing on the ballot after declining to counter challenges over the validity of the submitted signatures.

According to the Milwaukee Journal Sentinel, Ruhland isn’t the only GOP-affiliated figure to be helping West in Wisconsin. The paper identified at least five of his electors in the state have Republican ties and/or are known Trump supporters. The party’s reported goal in the state is to rally 107,000 votes for West, the same total Libertarian Gary Johnson pulled in four years ago. Trump won the state by less than 25,000 votes.

West’s status in Wisconsin is pending a review by the state’s election commission.

What are Republicans doing to get West on the ballot in other states?

Ruhland isn’t the only Republican operative to pull a few strings for West.

In Ohio, West’s paperwork was filed by a law firm that since 2015 has received more than $80,000 in legal consulting fees from the House and Senate Republican campaign committees. According to the Times, West is also being helped in Ohio by a company called Let Voters Decide. One of the company’s executives, Mark Jacoby, was arrested in 2008 on voter fraud charges stemming from work he did for the California Republican Party.

Let Voters Decide is also giving a hand to West in Arkansas and West Virginia. According to New York magazine, one of the campaign’s contacts in the former state is Gregg Keller, a strategist who once ran the American Conservative Union and was at one point under consideration to be Trump’s 2016 campaign manager.

“The campaign contacted me last night asking me to help them find 9 registered voters to sign Kanye’s Presidential Electors’ Acceptance of Nomination form,” George wrote in the email, which was published by Vice News. “It is due tomorrow, so I’m under a bit of a time crunch and trying to start by asking people who I know understand this stuff a bit.”

Despite the “time crunch,” West wound up making it onto the ballot in Colorado. Four of his nine electors are current or former GOP operatives, according to ABC News.

In Vermont, where West is on the ballot, Chuck Wilton, a Republican who was originally signed on to be one of West’s three electors in the state, was replaced by Bradford Boyles, a former chair of the Rutland County Republican Party, according to NPR. “I have no knowledge of what Republican leadership is doing to help or not help Kanye,” Boyles told NPR. “My choice here is independent of any national party’s efforts.”

Vermont, Colorado, and Oklahoma are the only states where West has secured a spot on the ballot. His campaign is trying to chip away at challenges in Ohio, Arkansas, Missouri, West Virginia, and Wisconsin. He’s thrown in the towel in Illinois and New Jersey. In the states whose filing deadlines passed before or just after his July 4th announcement, he never had a chance. But there are plenty of states where the deadline has yet to pass, and where West should have a reasonable shot at securing a spot on the ballot next to Trump and Biden. That’s assuming, of course, he doesn’t run into more legal challenges, which all of this last-minute wheeling and dealing has done a pretty good job of attracting so far.

Not only is West toeing the line of legality in his last-minute attempts to get on as many ballots as possible, the very existence of his campaign may be illegal. In a blog post circulated on Thursday, legal expert Rick Hansen argues that West could be violation of campaign finance law simply by running. If it can be proven that West is in some way coordinating with the Trump campaign (his conversations with Kushner at least suggest as much, as does common sense), then he is prohibited from spending over $2,800 of his own money on his campaign, $2,800 being the limit for money spent supporting a candidate while in coordination with that candidate. Any of West’s own money spent on the campaign and exceeding $2,800, then, would be considered an illegal campaign contribution … to Trump.

But though there are any number of legal challenges that could hinder West’s 2020 bid, this doesn’t appear to be one of them. “Nothing is likely to happen to West in the near term that would stop his candidacy on legal grounds,” Hansen writes. “An FEC complaint will languish for years, and I hardly expect DOJ headed by Bill Barr (who has done everything to help President Trump’s political aims) to come out and go after West in real time.”

What is the White House saying?

While West seems to be working hand-in-hand with a network of Republican figures across the country, some with connections to Trump, the White House has, of course, denied any involvement. So has Trump, who is starting to field questions about West’s campaign now that the GOP’s role in it is starting to come to light. He’s pled ignorance.

“I like Kanye very much, but no, I have nothing to do with him getting on the ballot,” the president told reporters last week. “We’ll have to see what happens. We’ll see if he gets on the ballot. But I’m not involved.”

He’s certainly interested, though. In the days following West’s announcement last month, Trump wrote in a tweet that it “shouldn’t be hard” for West to steal some of the black vote from Biden. (A Politico/Morning Consult poll released Wednesday found that West has only 2-percent support among African-American voters.)

When pressed about his conversations with West, Kushner told reporters on Thursday said that they’re simply good friends. “Kanye’s been a friend of mine for … I’ve known him for about 10 years,” he said. “We talk every now and then about different things. We both happened to be in Colorado, so we got together and we had a great discussion about a lot of things. He has some great ideas for what he’d like to see happen in the country, and that’s why he has the candidacy that he’s been doing. But again, there’s a lot of issues the president [has] championed that he admires, and it was just great to have a friendly discussion.”

When asked whether they discussed the campaign, Kushner didn’t deny it.

Get the best in cultural conversation: Sign up for a Rolling Stone subscription