AOC Is Right: Get Military Recruiters Off Twitch and Out of Schools 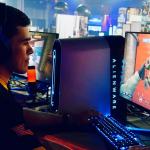 In July, Representative Alexandria Ocasio-Cortez (D-NY) proposed two amendments to the House Appropriations Bill to restrict the military’s ability to target children and teenagers for recruitment. With these proposals, Ocasio-Cortez joins a growing network of counter-recruitment organizers who have identified the military’s focus on young people as an intolerable intrusion into their lives, especially at school.

The military’s youth recruiting strategy was built up over decades, hardened during the War on Terror, and is now fueled by the Pentagon’s paranoid projections of a future “great power conflict” with Russia or China. The military’s ravenous recruitment machinery will not be easily rolled back. But proposals like Ocasio-Cortez’s may signal the beginning of a shift, however small, away from the sycophantic deference that has long characterized elected leaders’ attitudes towards military planners — even (and perhaps especially) as those planners consistently push against the boundaries of legality and decency to meet their recruitment quotas.

The first of AOC’s proposed amendments, which failed its House vote on July 30, would have barred the military from using the online gaming platform Twitch to identify and develop prospective recruits. Speaking before the vote, Ocasio-Cortez argued that recruitment on Twitch, an online platform “largely populated by children well under the age of military recruitment,” inappropriately targets young people and dangerously blurs the distinction between game play and real-world conflict.

The Army formed an esports team in 2018 as part of a much-publicized effort to digitize their recruiting efforts. The Navy quickly followed suit. “We need to be where young people are — and they are operating in the digital world,” the commander of Army Recruiting Command said at the time.

Members of the esports teams, called recruiting “liaisons,” stream extensively and regularly on Twitch and other online services. Army Recruiting Command reported that esports activities generated 3,500 new recruiting leads last year, with an additional 13,000 leads in the first six months of 2020. (Eighty percent of Twitch users are men, and 40 percent  are between the ages of sixteen and twenty-four, according to industry data.)

Ocasio-Cortez’s proposed ban comes after activists seized on Twitch’s open format to confront recruitment liaisons on the platform. Moderators of the Army and Navy channels responded by prohibiting certain words (including “war crimes”) and banning confrontational users, sparking First Amendment challenges about whether military institutions can legally restrict the speech of those they encounter while operating in public space.

Twitch also recently removed a post the Army had promoted advertising an apparently fake giveaway of an Xbox video game console. When users clicked the link, they were prompted to fill out an Army recruitment form. Both the Army and the Navy have suspended their Twitch outreach strategy for the time being, supposedly to “review internal policies and procedures.” AOC’s proposed amendment would have cut recruiters off entirely from Twitch’s estimated 15 million daily users.

But it’s the second of AOC’s amendments that represents the more substantive challenge to the Pentagon’s recruitment strategy. That amendment, which has not yet faced a House vote, aims to limit the military’s ability to place recruiters in secondary schools or access students’ personal information from those schools.

The Army is quite explicit that its recruitment strategy hinges on its contact with students, especially those below the enlistment age. As I’ve written before in Jacobin, including earlier this summer, it’s hard to see this as anything but straightforward predation.

Military recruiters operate in tens of thousands of school districts across the country, funneling low-income and working-class young people into military careers. Congress first granted the military permission to obtain students’ personal information from secondary schools in 1982, but the legislation did nothing to compel school administrators to share those records.

In more recent years, and especially during the George W. Bush administration, Congress gradually strengthened the military’s school recruitment mandate, including by tying collaboration with military recruiters to federal education funding through the 2001 No Child Left Behind Act.

The military’s recruitment strategy is grotesque. It is indefensible on its face that recruiters have untrammeled access to our children’s schools and recreational sites.

This is already clear to the many parents, students, and community members all over the country who have organized for decades to limit recruiters’ access to students and to guide working-class young people away from the influence of predators in uniform and towards civilian jobs. But if we’re ever going to break through the mass hysteria of American militarization and end our country’s warmaking abroad, we’ll need far more of our elected leaders to recognize that simple truth — and follow AOC’s lead.

Jonah Walters is a researcher at Jacobin and a graduate student in geography at Rutgers University.