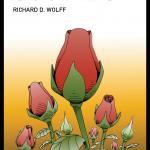 Socialism is making a comeback.

The lead article in the current issue of Monthly Review, an independent socialist magazine founded in 1949, bears the title, “The Renewal of the Socialist Ideal.”

Fifty-one percent of Americans age 18-29 have a positive opinion of socialism, as do 57 percent of Democrats, according to a 2018 Gallup survey.

And the Democratic Socialists of America—which had only 5,000 members in 2015 when Sanders announced his first presidential run—now counts with a membership of 66,000. The election of U.S. Rep. Rep. Alexandria Ocasio-Cortez of New York, a democratic socialist who is a leader of the growing progressive wing of the Democratic Party, helped turbocharge the organization.

As the American Left gains more influence in shaping the direction of U.S. politics, the publication of “Understanding Socialism” by Richard D. Wolff is particularly timely and welcome.

Wolff’s 138-page book is an accessible and insightful primer that undertakes a critical examination of the history of state-led socialism while offering a refreshing vision of a new model based upon workplace democracy.

“The key difference between the emerging socialism of the 21st century and the previous socialist tradition is the former’s advocacy of the microeconomic transformation of the internal structure and organization of work,” Wolff says.

Wolff is professor of economics emeritus at the University of Massachusetts, Amherst, where he taught economics from 1973 to 2008. He is currently a visiting professor in the Graduate Program in International Affairs of the New School University, New York City.  He is the founder of Democracy at Work, a non-profit whose mission is to create media that analyze capitalism critically and advocate democratizing the workplace. Wolff hosts Economic Update (https://www.democracyatwork.info/economicupdate), a weekly radio and TV show and podcast.

Wolff argues that cooperatives where workers function democratically as their own employers would not only radically transform the economy but also deeply change the relationship between the everyday people and the state. Collectively, with their greater control over the power of the purse, workers would gain an influence on local, state, and national politics that today is primarily enjoyed by private-sector employers.

Hoping for a Better World

Wolff succinctly defines socialism as “a yearning by people living in a capitalist economic system, whether private or state capitalist, to do better than what that capitalism permits and enables.” Those ideals include economic security, personal fulfilment, political participation, civil freedoms, empowerment at work, and the right to health care, a pension and housing.

Wolff reviews the history of socialism, beginning with its emergence in 19th century in Europe.

From the beginning, Socialists generally embraced the ideals of the French and American revolutions: equality, fraternity and democracy. They faulted capitalism for being unable to meet those ideals. In his review, Wolff briefly touches upon “utopian socialism” and contrasts “parliamentary socialism” and “revolutionary socialism,” discussing how models of socialism have varied widely and sparked great debates.

Wolff devotes a chapter to explore the Soviet and Chinese models of socialism.

The Soviet Union and China established state-owned and state-operated workplaces and state planning. But they fell short of achieving the socialist ideals of equality, democracy, and solidarity.

Ultimately, the Soviet Union, years after the brutal repression and state terror of Stalin, collapsed, and that led to a radical rethinking about the socialist model that opened the way for adopting a “micro” approach that prioritizes workplace democracy.

But the history of socialism isn’t, of course, only about a model that collapsed on its own contradictions. From its inception, socialism came under attack, initially by fascism in the first half of the 20st century, and second, by anti-communism, during the second half.

The Nazis murdered and imprisoned communists and destroyed their unions. After the Spanish Civil War, Franco eliminated the socialist alternative in that county for decades.

After the defeat of fascism World War II, socialism then faced the relentless anti-communism attack led by the United States with the support of its international allies and corporations.

At home, Democrats and Republicans forged an anti-communist consensus that counted with the support of the AFL-CIO, business associations, religious and missionary groups and academic institutions. This succeeded in discrediting socialism for decades.

Abroad, millions of people lost their lives as the Cold War played out in countries like Vietnam, Cambodia, Indonesia, Chile, Guatemala, and Iran with the U.S. government’s effort to contain the spread of communism.

Ultimately, of course, the United States succeeded. And Socialism was left for dead with the tearing down of the Berlin Wall in 1989.

“The demise of the USSR and Eastern European socialist governments especially raised the triumphalist idea that perhaps anti-communism had succeeded beyond its hopes,” Wolff writes. “Perhaps the 20th century’s struggle between capitalism and socialism/communism had been definitively decided in the former’s favor.”

The Resurrection of Socialism

But now socialism has come back from the dead.

With the harsh reality of savage capitalism becoming ever so evident—gross inequality, lousy jobs, periodic economic crises, the persistence of racism, inadequate health care—socialism offers hope to those left behind. (Unfortunately, the revival has sparked a comeback, encouraged by President Trump, of neo-fascist and anti-communist attacks against socialism in the current president election.)

“The most obvious explanation for the rebirth of socialism that we are experiencing now are the three crashes of capitalism in the new century,” Wolff said during an interview. The 2000 dot.com crisis, the 2008 financial crash and the 2020 pandemic-induced economic crisis—each worse than its predecessor—have called into question the viability of capitalism.

“A growing number of people are aware of how extraordinarily unstable the system is,” Wolf said. “Millions of people are unemployed. People know inequality has gone far worse over the past 30 years. The system government is unable to respond.”

Where are we headed?

Regardless of whether Wolff’s political scenario comes true, his argument about limitations of the experiments with state-based socialism in Western European, the Soviet Union and China is compelling and intriguing.

Without reforming the workplace, the socialist ideals of democracy and equality cannot be met.

We know that under capitalism, democracy ends at the entrance to the corporate workplace. If successful, co-ops would ultimately put an end to the employer/employee relationship, the modern-day version of the feudal lord/serf and master/slave relationships, according to Wolff.

The literature and experiences about work co-ops are  not widely known. But in “Understanding Socialism,” Wolff points out that, “Worker co-ops have a long history and wide presence in today’s world.”

Wolff discusses the case of the Corporacion Mondragon in the Basque region in Spain. A half century ago, the Mondragon experiment began with six workers. With 80,000 workers today, it is now one of Spain’s 10 largest corporations.

In his interview, Wolff cited the research of Virginie Perotin, an emeritus professor of economics at the Leeds University Business School, to bolster the case for co-ops. Her research shows that, compared with traditional busineses, co-ops

· are more productive and

“Worker co-ops are socialism’s new vision and goal,” Wolff writes. “They criticize the inherited socialism of the past while adding something crucial to it: a concreate vision of what an alternative, more just, and humane society would look like. With the new focus on workplace democratization, socialists are in a good position to contest the 21st century’s struggle among economic systems.”

Labor journalist and Portside Labor moderator Gregory N. Heires is a blogger at www.thenewcrossroads.com. He is the former president of the Metro NY Labor Communication Council.