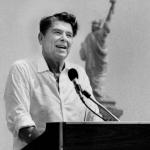 In 1968, 17-year-old Patrick Caddell polled a working-class neighborhood in Jacksonville, Fla., about the upcoming presidential race for a high school project. He was surprised to hear, again and again, “Wallace or Kennedy, either one.” This seemed to make no sense. Alabama Governor George Wallace, a segregationist, was the ideological opposite and avowed foe of Robert Kennedy, who had pushed civil rights as attorney general in his brother’s administration. Young Caddell had an insight: In politics, feelings mattered more than policy. For all their apparent differences, Wallace and Kennedy were both tough guys; they both seemed to be mad at something most of the time. Voters could relate: The feeling abroad in the land in 1968 (not unlike 2020) was alienation.

Later, working out of his college dorm room, Caddell became a paid political consultant. One of his clients in the 1972 election was Joe Biden, then 29, running for the United States Senate from Delaware. Caddell told Biden not to attack his opponent. That would just make him look like another politician. Rather, he should run against Washington. Biden took the advice and won.

Rick Perlstein tells this anecdote early in “Reaganland,” his absorbing political and social history of the late 1970s. More than 700 pages later, Perlstein notes that Biden, himself, went on to become “an exquisitely well-calibrated politician.” Perlstein doesn’t point out the irony, but he doesn’t need to. The joy of this book, and the reason it remains fresh for nearly a thousand pages of text, is that personality and character constantly confound the conventional wisdom. Perlstein’s broad theme is well known, partly because he has made it so through his three earlier volumes (“Before the Storm,” “Nixonland” and “The Invisible Bridge”) on the rise of the New Right in American politics. In the 1960s and 70s, liberals overplayed their hand and failed to see the growing disaffection of Americans who felt cut out or left behind. (Sound familiar?) But Perlstein is never deterministic, and his sharp insights into human quirks and foibles make all of his books surprising and fun, if a little smart-alecky at times.

[ Read an excerpt from “Reaganland.” ]

One of Perlstein’s favorite sports is to poke fun at the cluelessness of establishment commentators from the mainstream media. In the summer of 1977, Perlstein reports, pundits were writing long “thumbsuckers” pronouncing the near death of the Republican Party. The Boston Globe’s David Nyhan said “the two party system is now down to one and a half parties.” That was because, “the party of Abraham Lincoln forgot its heritage and started neglecting minorities.”

In fact, Perlstein points out, the “party of Lincoln” knew exactly what it was doing: marching into the once-Democratic Solid South to convert angry white voters into Republicans. In 1968 and 1972, Richard Nixon had made a start with his Southern Strategy, using code words like “states’ rights” to appeal to racists, but by 1980, the Republican Party seemed to dispense with subtlety. Ronald Reagan’s first major appearance of the 1980 general election campaign was at the Neshoba County Fair in Mississippi. This was Klan country. In 1964, the bodies of three civil rights activists had been found buried in an earthen dam a few miles away. Families came to the Neshoba County Fair every year to enjoy the mule races and beauty and pie-eating contests. “White families, that is,” Perlstein archly notes. “Blacks only participated as employees.”

In the hot sun, before an adoring audience, on a stage crowded with Confederate flags, Reagan began with a football story and some corny jokes, and then plunged into the red meat of his speech, about the wickedness of federal interference in the lives of ordinary Americans. But then, Perlstein notes, a strange thing happened. Reagan, one of the most sure-footed stump speakers ever, began to get “wobbly.” Instead of pausing for his punch lines, he rushed ahead. He seemed to want to get the speech over with.

The enthusiasm drained from the crowd. The speech was a bust. Reagan actually dropped in the polls in Mississippi. He recovered later, taking every Southern state but Jimmy Carter’s Georgia. Still, the plain fact was that Reagan was not comfortable playing the race card, and he couldn’t hide it.

It’s a small, redeeming moment in Perlstein’s overspilling narrative, but the glimpse into Reagan’s conscience is characteristic of Perlstein’s storytelling. Reagan is hardly a hero to Perlstein, whose own politics are to the left. But in this description, the former movie actor turned politician is intensely human, and capable of empathy, or at least shame.

Reagan is also sly, especially at outfoxing condescending liberals. In 1980, Jimmy Carter’s campaign advisers, along with most of the press corps, underestimated him. “They presumed the public would see what they saw. Which was that Carter was smart and that Reagan was stupid. And that therefore Reagan would lose any debate,” Perlstein writes. “Which overlooked the fact that Reagan had won practically every debate he had participated in — going back at least to 1967, when he appeared on the same TV hookup with Robert F. Kennedy to discuss the Vietnam War, and twisted his opponent into such knots that Kennedy subsequently yelled, ‘Who … got me into this?’ and ordered staffers never to pair him with ‘that son-of-a-bitch’ ever again.”

At their final debate in late October, virtually tied in the polls, Carter started in on Reagan for having advocated, “on four different occasions,” for “making Social Security a voluntary system, which would, in effect, very quickly bankrupt it.” After Reagan responded with a wandering anecdote about an orphan and someone’s aunt, Carter bore in and attacked Reagan for opposing Medicare. Now, Carter warned, Reagan was trying to block national health insurance.

As Perlstein tells it, Reagan looked at Carter smilingly, his face betraying “a hint of pity.” Then the old cowboy rocked back, and with an easy, genial chuckle, delivered the knockout blow. “There you go again!” he said, beaming. The audience gave a “burst of delighted laughter. … Jimmy Carter was being mean again.”

With one deft jab, Reagan had finished off his opponent. A few days later, the Republican candidate won in an electoral vote landslide.

The 1980 election marks the end of this book, and, Perlstein says in his acknowledgments, the end of his four-volume saga on the rise of conservatism in America, from the early stirrings of Barry Goldwater to the dawn of the Age of Reagan. One hopes Perlstein does not stop there. “Reaganland” is full of portents for the current day. Among the fascinating and disturbing echoes is his description of the night the lights went out in New York City in the midsummer of 1977. The city went feral. Looters ran wild. The police force, diminished by huge layoffs, seemed helpless to restore order. At the time, a congressman named Ed Koch was running for mayor. Koch was known as a liberal, but after the mayhem, he ran on a platform that featured bringing back the death penalty. He won. One wonders, in our own uncertain era, what the future will hold for Joe Biden, whom we meet on Page 8 of “Reaganland” as a Patrick Caddell-made populist candidate on his way to becoming “an exquisitely well-calibrated politician.” Maybe, some day, Rick Perlstein will tell us that story.

Book author Rick Perlstein is the author of the New York Times bestseller The Invisible Bridge: The Fall of Nixon and the Rise of Reagan; Nixonland: The Rise of a President and the Fracturing of America, a New York Times bestseller picked as one of the best nonfiction books of 2007 by over a dozen publications; and Before the Storm: Barry Goldwater and the Unmaking of the American Consensus, which won the 2001 Los Angeles Times Book Award for history and appeared on the best books of the year lists of The New York Times, The Washington Post, and the Chicago Tribune. His essays and book reviews have been published in The New Yorker, The New York Times, The Washington Post, The Nation, The Village Voice, and Slate, among others. A contributing editor and board member of In These Times magazine, he lives in Chicago.

[Essayist Evan Thomas is the author, of nine books, most recently, First: Sandra Day O’Connor.”  An American journalist, historian, and author. from 1991 he was a reporter, writer, and editor at Newsweek for 24 years. Prior to that, he was at Time Magazine. Thomas began his reporting career at New Jersey’s  The Bergen Record.]