The Labor Abuses of Ellen DeGeneres 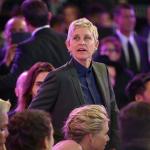 Something strange is happening to the reporting on the crisis imperiling Ellen DeGeneres’s long-running talk show. Reading about it now, you might get the impression that the crisis is solely about the collapse of DeGeneres’s image as the nicest, kindest star next to Tom Hanks. She closes every show telling us to, “Be kind to one another,” a motto she has monetized with her “Be Kind by ellen” merchandizing brand that sells seasonal boxes “filled with Ellen’s favorite, hand-picked products,” claiming that “each box spreads kindness and champions brands that do the same!”

In contrast to this image, an onslaught of accounts by employees and guests are attesting to the fact that she isn’t so kind behind the scenes.

This is good gossip, even if unsurprising in an industry reliant on contrived star images that are often at odds with reality. What’s lost is the initial cause of the scandal. It was a labor dispute that set the ball rolling, in particular the revelation of DeGeneres shafting her longtime crew during the COVID-19 crisis. According to a Variety story that broke on April 16.

The core stage crew for “The Ellen DeGeneres Show,” consisting of more than 30 employees, received no written communication about the status of their working hours, pay, or inquiries about their mental and physical health from producers for over a month, said two sources, both of whom spoke on the condition of anonymity. Higher-ups in production would occasionally answer phone calls but reveal little, added one of the sources. The crew was further incensed by the show’s recent hire of an outside, non-union tech company to help DeGeneres tape remotely from her home in California.

In other words, DeGeneres resumed doing her show with a cut-rate nonunion crew, while her own union crew of many years waited at home in a state of high anxiety, calling producers and getting stonewalled, wondering when they’d ever get back to work, where their next paycheck was coming from, and whether they should apply for unemployment.

Eventually it emerged that four people from the thirty-person crew were in fact still working, participating in the shoots that were now taking place at DeGeneres’s home. The remaining crew were told by producers to brace themselves for a 60 percent pay cut “even as the show continued to air,” and the shooting schedule expanded from four days per week to five.

This is in contrast to the experience of employees on other talk shows like Jimmy Kimmel Live!, Last Week Tonight with John Oliver, and Full Frontal with Samantha Bee, who were favored with transparent communication throughout the pandemic shutdown and a return to full pay as soon as the shows returned to air. It’s been reported that Jimmy Kimmel paid stagehands out of his own pocket during the shutdown period.

There’s no financial reason why Ellen DeGeneres couldn’t have done the same. She is one of the highest-paid stars on television, earning more than $50 million per year from her show, according to Variety. Her total net worth is a reported $330 million.

It’s a shocking story in any case, but it’s particularly shocking if you’re familiar with the working conditions of film and television crews, who are generally enclosed in very tight, intimate spaces with onscreen performers, aka “talent.” Even considering Hollywood’s status-obsession and hierarchical tendencies, it’s hard for “talent” not to become friendly with at least the key crew members on films and TV shows.

A long-running show like DeGeneres’s means years of frequent daily interactions with, for example, the cinematographer, the gaffer, the costumer, the hair and makeup people, the sound people, the prop person — all the vital experts in their fields that DeGeneres depends on to make her look and sound good. And many of DeGeneres’s key crew members have been with her since the pilot of the show aired seventeen years ago.

In such circumstances, a sense of respect and camaraderie had better develop if you don’t want your work life to be one long misery. When you shaft these people, you’re probably shafting people you know well.

But this is where the initial scandal that revealed Ellen DeGeneres was anything but “kind” began to drift away from concrete labor issues. It was revealed that behind the scenes, DeGeneres was a cold, removed boss, delegating interactions with the crew to her producers, whom she quickly blamed for any abuses that had occurred.

“I’m so so sorry for what has become,” DeGeneres reportedly told staff on a video call announcing the firing of three producers accused of abuse. “I’ve left this to be a well-oiled machine, and I realize it’s not a machine … it’s human beings.”

The producers, presumably trying to keep their jobs, contacted the press to take all the blame. In a joint statement to BuzzFeed, three executive producers said, “We are truly heartbroken and sorry to learn that even one person in our production family has had a negative experience […] For the record, the day-to-day responsibility of the Ellen show is completely on us. We take all of this very seriously and we realize, as many in the world are learning, that we need to do better, are committed to do better, and we will do better.”

Nevertheless, heads rolled, when three top producers — Ed Glavin, Kevin Leman, and Jonathan Norman — “parted ways with the show” following an internal investigation by WarnerMedia….” All have been accused of sexual misconduct by former employees, with Leman and Norman denying the accusations and Glavin making no statement to the press.

The flurry of accusations about the allegedly hostile work environment at The Ellen DeGeneres Show included many explosive charges of racism and sexual harassment. Entertainment magazines began publishing bullet-point or slide-show rundowns of the many and various developments in the Ellen DeGeneres scandal that was rumored to be doing irreparable damage to her career.

What’s remarkable about these blow-by-blow accounts is the way the initial labor dispute tended to  disappear. Many accounts had no mention of it. A supposedly comprehensive August 17 Us Magazine piece entitled “Ellen DeGeneres’ Talk Show Drama: Everything to Know,” claimed that the whole scandal began on July 16 — three months after Variety broke the story of the labor dispute — with the supposedly “first allegations” published by BuzzFeed News, stating that “11 employees — one current and 10 former — came forward with claims that they had faced racism and intimidation on set of the talk show.”

One of the few publications that gave the labor dispute any significant space was the British newspaper, the Independent. It provided a fairly full account of the labor dimension of the scandal — plus citing DeGeneres’s offensive and tone deaf comments on a YouTube message, comparing lockdown in her palatial California home to being in prison.

The New Yorker briefly described labor disputes in charting how each phase of the scandal got subsumed by the next, with sexual harassment charges seizing most of the attention, and then getting swamped in the wave of celebrity statements defending Ellen DeGeneres by describing her kind and respectful treatment of them, as well as DeGeneres’ many charitable works.

Other celebrities kept the pot boiling by doubling down on the revelation of DeGeneres’s supposedly well-known “mean streak,” as comedian Kathy Griffin called it, when out of the public eye (Brad Garrett, Lea Thompson). This gave entertainment journalists fresh opportunities to spin the narrative, with several noting that famous people claiming DeGeneres often treated her fellow celebrities well hardly countered the accusations that DeGeneres cared little for the non-famous people working for her.

Most recently, the narrative seems to be moving in a new direction familiar to anyone following the handling of long-term disputes in entertainment journalism: a pious series of stories striking the tone of understanding and “let the healing begin.” This takes the form of journalists manifesting sympathy with DeGeneres’s attempts to recover from the scandal.

An extensive piece appearing on August 23 in the Atlantic concluded with expressions of concern for DeGeneres, hoping she could find a way to recover from her fall from grace, and accounting for her egregious behavior in terms of how she’s had to fight against anti-gay and misogynistic bigots:

Perhaps with time, DeGeneres will make amends with anyone she may have hurt and explain herself honestly. Maybe the show will morph (already, staffers have been told they will be given more time off). Or maybe she’ll find a new outlet for her talents, an outlet that lets her flaunt her edge without harming others.

Yet even now it is clear why DeGeneres had to forge an image of overdetermined cheer to get where she is…  She has hustled so intently, her whole career, to head off the bigots who would reflexively assume her to be a monster. Hollywood history makes clear that no one group has a monopoly on misbehavior. But now looms the sad possibility that in having her facade ripped away, one of pop culture’s greatest people pleasers may have finally given the worst portions of her audience what they’ve always wanted.

The disappearance of the initial labor dispute story from most recent accounts of DeGeneres’s career woes is an excellent example of how serious abuses of labor are effaced from so much American reporting. There’s no question that accusations of racism and sexual harassment are very serious.

But labor abuses are equally serious — rooking people out of their pay, removing any job security from their lives, undercutting decent union jobs with what amounts to scab hiring — and it’s sinister to see them routinely downplayed or ignored.

And emphasizing the woes of poor Ellen DeGeneres as she tries to repair her image means in effect identifying with an abusive and irresponsible employer, rather than holding her to account. Though it’s a familiar move by entertainment journalists, it’s still a bad one.