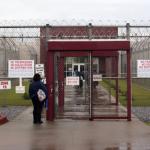 Following some devastating revelations from a nurse-turned-whistleblower at a Georgia immigrant detention center (as shared with the Intercept earlier this week) about concerns over medical practices at the center during the global pandemic, the full complaint obtained by SheKnows provides a grim closer look into the practices putting immigrants detained in the Irwin County Detention Center (ICDC) —  operated by private prison company LaSalle Corrections — at risk and allegedly irreparably harming their health and reproductive freedom.

Through on-the-record insights from Dawn Wooten, the licensed practical nurse employed by ICDC and protected whistleblower quoted throughout the complaint, and interviews with detained women, the complaint shares reports of a lack of clear informed consent before procedures are performed and numerous women undergoing traumatic, lasting changes to their reproductive health. The complaint was filed by Project South, Georgia Detention Watch, Georgia Latino Alliance for Human Rights and South Georgia Immigrant Support Network on Monday, September 14.

According to the complaint, a number of immigrant women have reported being recommended hysterectomies (a surgery that removes a woman’s uterus) “by a particular gynecologist outside the facility” — with reports of women undergoing the procedures without being made to fully understand what is happening to them and the medical reasons (either due to miscommunication, language gaps or other reasons) they’d need the procedure.

Wooten said in the complaint that the number of women recommended for the procedure was concerning: “Everybody [the gynecologist] sees has a hysterectomy — just about everybody. He’s even taken out the wrong ovary on a young lady [detained immigrant woman]. She was supposed to get her left ovary removed because it had a cyst on the left ovary; he took out the right one. She was upset. She had to go back to take out the left and she wound up with a total hysterectomy,” Wooten said. “She still wanted children—so she has to go back home now and tell her husband that she can’t bear kids… she said she was not all the way out under anesthesia and heard him [doctor] tell the nurse that he took the wrong ovary.”

According to the complaint, one detained immigrant told Project South that she had spoken with five women who were detained in late 2019 (October through December) who had hysterectomies done. Per the complaint: “When she talked to them about the surgery, the women ‘reacted confused when explaining why they had one done.’ The woman told Project South that it was as though the women were ‘trying to tell themselves it’s going to be OK.’ She further said: ‘When I met all these women who had had surgeries, I thought this was like an experimental concentration camp. It was like they’re experimenting with our bodies.'”

Wooten says that she and other nurses at the center have been alarmed by the rate these procedures are being performed on detained people and said that, for the doctor in question used consistently by the center, a hysterectomy seems to be “his speciality.”

“He’s the uterus collector,” Wooten said in the complaint. “I know that’s ugly…is he collecting these things or something? Everybody he sees, he’s taking all their uteruses out or he’s taken their tubes out. What in the world.”

For non-English speaking people in detention, there are reports of the language gap leading to extreme miscommunication about the procedures being done and why. Per the complaint, one detained person told Project South that she had a hard time getting straight answers — getting three different responses about what procedure she was getting and why  — and “felt like they were trying to mess with [her] body.”

Project South reports that she was told by one doctor that she was going to have a procedure to drain an ovarian cyst; she was told she was having a hysterectomy by the officer transporting her to the hospital; and she was told by a nurse at ICDC that she was going to have a dilatation and curettage (D&C) procedure to deal with “heavy bleeding” that the woman said she’d never even experienced. When she tried to explain that to the nurse (“I tried to explain to her that something isn’t right; that procedure isn’t for me,”) she said the nurse got angry and agitated and started yelling at her.

“I’ve had several inmates tell me that they’ve been to see the doctor and they’ve had hysterectomies and they don’t know why they went or why they’re going,” Wooten said. “…These immigrant women, I don’t think they really, totally, all the way understand this is what’s going to happen depending on who explains it to them.”

She adds that others, who are able to understand the very permanent, lasting procedure being recommended to them “some of them a lot of times won’t even go, they say they’ll wait to get back to their country to go to the doctor.”

The American College of Obstetricians and Gynecologists (ACOG) condemned “the unethical practice of coercive or forced sterilization, including hysterectomies” in a tweet on Tuesday and noted in their clinical guidance on the sterilization of women: “Coercive or forcible sterilization practices are unethical and should never be performed. Ethical sterilization care requires access to sterilization for women who request it, without undue barriers. It simultaneously requires protections from unjust or coercive practices, particularly for low-income women, incarcerated women, or any women whose fertility and parenting has historically been devalued or stereotyped as problematic or in need of control or surveillance.”

Before you go, read up on some of the ways you and your family can help support families at the border and in detention centers today.