In What Would Be A First For The Ad Industry, WPP-Owned Blue State Said It Was Forming A Union 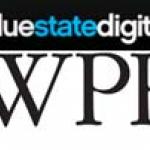 Employees at Blue State, a WPP-owned digital marketing and public affairs firm with deep Democratic Party ties, announced they were unionizing with backing from the Communications Workers of America.

A Medium post announcing the move does not say which employees are leading the effort, how many are involved, or who the union is representing. It states only that they want collective bargaining rights. According to a tweet from the Blue State Union account, the firm’s leadership agreed to recognize the employee effort, but the CWA said formal negotiations haven’t begun.

Many steps lie between an attempt to unionize and a union’s formal recognition. But if WPP does eventually recognize Blue State’s union, it could mark another huge change in an industry that’s already facing new competitors and a financial squeeze before the current economic downturn led to massive layoffs.

Unions are uncommon in the ad industry. In 2017, 8% of WPP’s workforce was in a trade union or had collective bargaining rights, though most of them were in Europe, according to the company’s most recent annual report. By 2019, that number had dropped to 5%. Agency executives have said this is because of factors like frequent job changes and internal competition.But many digital media companies like Vox Media, BuzzFeed, and G/O Media have unionized lately, joining traditional news outlets that are unionized.

The labor movement has to move beyond its blue-collar manufacturing base to survive, and one key demographic could be young adults working in relatively high-paying, tech-focused jobs like media and digital marketing that have become less stable in the recent downturn, said Joseph E. Slater, a former labor lawyer turned law professor.

Agencies are unlikely to go along with unionization efforts

Its clients have included major corporations such as Google and AT&T, nonprofits like the Bill and Melinda Gates Foundation and the NAACP, and political groups including the Democratic National Committee. The CWA also has been a client.

It’s common for management to oppose unions out of concerns that they can make laying off employees a longer, legally complex, and more expensive process, and make it harder to move quickly and do the short-term, project-based work for clients that’s become typical.

Forrester analyst Jay Pattisall said most independent agencies would be even more impacted by these potential changes than holding company ones.

The disappearance of thousands of agency jobs in the pandemic and agencies’ growing use of AI to perform tasks like media planning and buying, data analytics, and market research, could make unionization more appealing, according to Pattisall.

“We’re staring down the barrel of a wave of automation that will, suffice to say, radically transform parts of the agency workforce. Add the notion of unions in that context, and all of that is a recipe for needing to change the agency economic model,” Pattisall said.