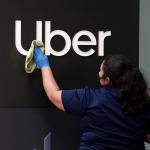 Proposition 22, the ballot measure seeking to reclassify rideshare drivers as independent contractors, is set to pass in California with a double-digit lead. At publication time the California Secretary of State’s office has the initiative leading 58.4% to 41.6%.

Nicole Moore, who organized against the measure with Rideshare Drivers United, was melancholy as returns came in. “We were outspent 20:1,” she said.

With the passage of the measure, a long and ugly fight comes to a close, for now. Yes on 22 spent $189 million on the measure, while No on 22 spent $16 million — making it the most expensive ballot proposition in California history — and No on 22 advocates complained of being doxxed and harassed online by large numbers of random Twitter accounts. Labor law professor Veena Dubal reported sleeping on the floor of her children’s room after users tweeted her address and salary online, calling her a “pest” and threatening to “spray” her.

Edan Alva, a Lyft driver and volunteer with Gig Workers Rising, calls the measure a catastrophe. “It’s not a question of who wins or loses,” he says. “It’s a question of justice. You don’t stop fighting for justice either way.”

Under Proposition 22, drivers will be paid for “engaged time” — time spent driving a passenger or on their way to pick up another — not for time spent waiting for rides. It’s a rubric critics say could pay drivers as little as $5.64 per hour under the engaged time model, with expenses incurred during “inactive” time discarded.

Republican political consultant Mike Murphy attributes the measure’s success to the coronavirus and to Yes on 22’s enormous budget. “In a pandemic, people were nervous about monkeying with jobs,” he says. “I think they were nervous about people losing those jobs.”

The measure is a particular blow for rideshare unions like Drivers United. Assembly Bill 5 became law this year and gave drivers the right to organize under the protection of the National Labor Relations Board. Under Proposition 22, any statute allowing collective bargaining would require approval by seven-eighths of the state Legislature, as would any amendment to the measure that isn’t “consistent with” the measure, or doesn’t “further” its “purpose.”

In the midst of a global pandemic, drivers will be denied sick days, and local laws passed in Los Angeles, San Francisco, Oakland and San Jose to protect drivers during COVID-19 will be retroactively undone.

The measure does provide some health care benefit for drivers — but the 25 weekly hours needed to qualify for health care, again, will be tallied on the engaged time model. The measure guarantees drivers 100% coverage of their premiums based on the “average ACA contribution,” a point amended later in the text as 82% of the average monthly Covered California premium.

“California has spoken and millions of voters joined their voices with the hundreds of thousands of drivers who want independence plus benefits,” the Yes on 22 campaign wrote in a press release Tuesday night.

Nicole Moore and Edan Alva resolved to keep fighting. Alva, who now works in private security, will continue to organize with his old colleagues.

“A lot of that is shoe leather,” she says.

Jack Ross is a writer and busser working in Los Angeles.

Capital & Main is an award-winning nonprofit publication that reports on the most pressing economic, environmental and social issues of our time. Winner of the 2016 Online Journalist of the Year prize from the Southern California Journalism Awards and a 2017 Best in the West award, Capital & Main has had stories co-published in more than 30 media outlets. Working with top writers, editors and visual artists, we cover income inequality, climate change, the green economy, housing, health care, public education, immigration, race and criminal justice