What We Must Do: Understanding and Overcoming the Urban-Rural Divide 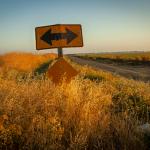 I live in the southwestern corner of Virginia, the Appalachian part of the state that borders North Carolina, Tennessee, Kentucky and West Virginia. Like all of these neighboring states, we went overwhelmingly for Donald Trump on November 3rd, with margins in most of our counties between 75 and 80%.  Five days after the election, comments on the Facebook page of our primary daily newspaper ran about seven to one that the election was fraudulent, stolen from Trump.

So, how did we get here?  How did we get to such a strenuous divide, one that has many dimensions, but is in large part geographical?

A third or so of this region is ‘coal country’, communities whose economies have been dependent on the coal industry for generations, even as it declined inexorably for more than forty years.  Trump’s pledge to bring coal back has, like most of his boasts, proved to be an empty promise. There are fewer coal jobs now than there were in Obama’s last year in office.

The many thousands of small farms throughout the region don’t do a lot of exporting to China, so they’ve missed out on those federal payments that have kept bigger farms afloat. A fair number have embraced new enterprises or shifted to selling local food at local markets. Still, the last four years has been a struggle for small farmers. But then, there’s nothing unusual about that.

Several efforts to diversify local economies – from downtown revitalization in Bristol to an “ecological education campus” in the tiny town of St Paul – are beginning to bear fruit.  Most of these have been helped along by a range of investments, including grants from the Appalachian Regional Commission. ARC is popular among businesses and economic developers and has continued in spite of Trump’s repeated efforts to zero out its budget.

You’re probably starting to get the picture. My part of the world is full of people who, according to most of my liberal friends, “vote against their own interests”. It is true that this once-Democratic stronghold has shifted to Republicans over the past dozen plus years, and that Trump has cemented that support to a degree we’ve never seen before. It’s also true that a region whose people are known for their neighborliness and readiness to pitch in for whomever needs help, is increasingly defensive about its guns, deeply suspicious about government and ready to believe the worst about people with different views or politics. Which is to say, Democrats, liberals, progressives.  Me. Us.

All of this is true, and it’s pretty damn depressing, especially when you realize that southwest Virginia is not the exception to the rule. This is the reality in most of rural America.

So, how did we get here?  How did we get to such a strenuous divide, one that has many dimensions, but is in large part geographical? How did country people come to see themselves as so alienated from and dissed by their fellow citizens, to feel like, as Arlie Hochschild put it, “strangers in their own land”?

One major reason, of course, is the relentless campaign on the right to fundamentally change our view of what it means to be an American, a citizen, a neighbor; and more specifically, to denigrate and even demonize liberals, progressives and Democrats. From Glen Beck to Tucker Carlson, from Sarah Palin to Marjorie Taylor Greene, right-wing politicians and pundits have been remarkably successful in building an alternate world view in which liberals are actively working to destroy the nation, a worldview held by nearly half the population. Trump’s remarkably loyal base comes in part because he’s so uncompromising in his attacks on these nefarious liberals.

Another major contributor to the urban-rural divide, and to the enduring allegiance to Trump is of course race and racism.  Our sordid history of state-sanctioned racial exclusion has been interrupted by periodic efforts to reduce systemic racism. Every one of these periods precipitated widespread backlash among white people, both those in power and everyday folks. Clearly, we are in yet another period of this backlash.

Race is deeply woven into the right-wing narrative of grievance and together, these two elements have propelled and exacerbated the urban-rural divide.

But everyone on the left already knows this. What I’m asking us to do is to look closely at our own role in fostering this divide, our own failures of policy, action and words. Having worked for almost four decades to build stronger local economies in mostly rural areas and having run for Congress – twice – in rural southwest Virginia, this issue has become something of a preoccupation for me.  I’ve come to believe that there are six underlying causes of this divide, which I’ve described in much more detail in The Urban-Rural Divide:  A Guidebook for Understanding the Problem and Forging Solutions.  In this two-part series for Stansbury Forum, I’ll briefly touch on each of those underlying causes, and then offer what I hope is a way forward.

One last caveat:  As you read these two pieces, I ask you to consider the possibility that many rural people who support Trump may simultaneously have both a greatly exaggerated sense of grievance and real and long-standing grievances that have not been addressed; disproportionate rage and plenty of reasons to be angry. White privilege and almost none of the trappings of privilege.

It begins with a failed economic system, or more accurately, an economic system that has worked pretty well for roughly 20% of the population, but mostly failed the other 80%. Our trickle-down economy, obsessed with the GDP and global ‘investor confidence’ has failed plenty of people in New York and Chicago, to be sure. But among the 20 percenters who’ve done pretty well the past four decades, the great majority are in cities. The vast, vast majority of country folks are among the 80 percent of people who’ve either lost ground economically or simply tread water to stay afloat. Stagnant wages, outsourced jobs, depressed and declining farm incomes, and the flight of young people to cities have become the norm in many rural places.

I know, I know, the average income of Trump voters is higher than the national average. But that’s the average, a figure inflated by the very wealthy people who commonly support Trump. In truth, the biggest economic commonality among rural Trump supporters is economic insecurity, the terrible uncertainty about what the future holds, for themselves and for their children. Seeing your own economic situation stagnate is bad enough. Recognizing that the future may yet be worse lays the foundation for mistrust of those in charge, the politicians and experts who claim to be making your life better.

Declining prosperity, household insecurity and heightened economic inequality have proven a powerful foundation for mistrust of ‘the system’, helping to foster the second underlying cause of our divide, a deep and pervasive anti-elitism. In The Politics of Resentment, Katherine Cramer shares the stories of scores of rural Wisconsinites, most of whom supported Scott Walker in large part because he disparaged ‘elites’: Academics and intellectuals, urban liberals in Madison and Milwaukee, government employees overseeing environmental regulations, even public school teachers. For many of the rural men – and it was mostly men – who spoke to Cramer, they felt disrespected by these elites.  Speaking of how these folks saw the University of Wisconsin-Madison, Cramer says “…it was not that UW-Madison ignored their communities but that it ignored the knowledge and the norms of the people living in their communities.”

When most liberals think of ‘elites’, they focus on Wall Street executives, corporate CEO’s and other economic elites. For many people in the countryside, elites are cultural snobs, intellectuals who talk a lot but don’t say much, city folks with desk jobs who’ve never picked up a chain saw; and they are also the ‘experts’. Cramer discovered, as have I, that many rural people are sick and tired of these folks telling them what to say, how to eat, shop and think, how to manage their own land, and what they need to do to catch up to the innovators in town. It should be clear that politically, this caricature of elites fits the modern-day Democratic Party and most of its best-known leaders.

The third underlying cause grows out of the strong anti-elite sentiment but is a critical factor in and of itself: a profound distrust of government, generally, with a particular contempt for regulations. This regulatory aversion, as I’ve come to call it, is not limited to rural people, but it is especially commonplace in the countryside. It’s not surprising that people who don’t trust the government would view government regulations with skepticism. But there is also the widespread belief that regulations are intrusive, cumbersome, even ridiculous.  And that they protect the powerful, not the little guy.

Liberals and Democrats often try to persuade rural working folks that regulations are necessary, that they protect all of us. When we do that, we miss the point. If you fundamentally mistrust the government and if you view experts and academics as out-of-touch elites, you’re very unlikely to be moved by the argument that more government involvement in your life is a good thing.

An economy that has failed so many rural communities, a sense of being routinely disrespected by urban and liberal elites, and deep mistrust of government, especially regulations, these comprise the first of three underlying causes of the urban-rural divide. In the second segment, we’ll explore three more underlying causes, and then discuss what we can do to change course.

This is the first in a two-part series.  The second segment will run next week

Anthony Flaccavento is a farmer, author and bottom up economy consultant from Abingdon, Virginia, and the two time Democratic Candidate for Congress in Virginia’s 9th district.