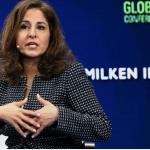 Speaking on Monday at The Wall Street Journal’s CEO Council Summit, Representative Cedric Richmond, recently recruited by the Biden transition team to become a top White House adviser as director of the Office of Public Engagement, assured the business elite that they would always enjoy the ear of the new administration. Asked how CEOs can get the White House to listen to them, Richmond said, “I hope to be that conduit straight into the White House.” He promised an “open-door policy.”

Richmond took shots at those in his own party who are critical of business-dominated government. “For me, nobody’s going to persuade me that—somehow, someway—that CEOs in this country are bad people,’’ Mr. Richmond said. “CEOs in this country are creating jobs, they are supporting families, and they are doing all those things. And they deserve a seat at the table, and they will have a seat at the table.”

Joe Biden ran as a restorationist candidate, someone who would undo the damage of the Trump era and return America to an improved version of an earlier style of governance, a goal encapsulated in the awkward slogan “Build Back Better.” But Biden in his presidential run also acknowledged that the old order had made mistakes and the Democratic Party needed to listen to progressives more (perhaps the “better” part of the slogan).

The Biden transition has been a battleground between two contradictory goals: to return to business as usual (as with Richmond’s remarks) and to move the party in a more progressive direction. So far, the record has been mixed. There have been some outstanding progressive nominations, particularly in the realm of economic policy. Notable examples include Jared Bernstein and Cecilia Rouse as economic advisers.

But there’s much work still be done. Speaking on MSNBC on Monday, Senator Bernie Sanders said the progressive movement deserves representation in the cabinet. “And if your question is have I seen that yet, no I have not,” Sanders said. “I’ve seen some good appointments, people that I like, people who are really, really smart, experienced, but I have not seen people from the progressive movement per se in that cabinet.”

As Biden’s list of nominees and appointments starts filling up, some very contentious names are starting to emerge. Neera Tanden, who runs the Center for American Progress (CAP), has been named to helm the Office of Management and Budget at the White House. As The Washington Post reports, CAP has relied heavily “on deep-pocketed donors who made their fortunes on Wall Street, in Silicon Valley and in other powerful sectors of corporate America.” The newspaper also notes that “the fiercest criticism of CAP’s fundraising has targeted its acceptance of between $1.5 million and $3 million from the United Arab Emirates in recent years.”

Another controversial nominee is retired Gen. Lloyd J. Austin III, tapped to be Biden’s secretary of defense. Many national security experts have expressed concern about this nomination, on grounds of both the already frayed military/civilian relationship (Austin retired only four years ago and would require a waiver from Congress) and over his work on the board of the large weapons manufacture Raytheon (which has also employed the current secretary of defense, Mark T. Esper).

One complicating factor is that nominees like Tanden and Austin are preferable to some of the alternative names being floated for their positions. Bruce Reed, also considered for the Office of Management and Budget, is much more inclined to austerity than Tanden. Michèle A. Flournoy, a plausible contender for secretary of defense, gives evidence of being more hawkish than Austin.

is being watched warily by members of the Democratic Party’s left wing. Progressive advocacy groups such as the Revolving Door Project and Justice Democrats, concerned that he would defend corporate America if given a top economic policy job in the Biden administration, pushed to keep him out of such a role. They view his recent work running an investment fund—Cranemere—and sitting on the board of Facebook as a detriment.

On December 5, The Washington Post published an editorial attacking progressive watchdog groups, arguing that their standards were too stringent. Post editors lamented that “there’s a push on the left wing of the Democratic Party to exclude some potential nominees because they have spent too much of their careers in for-profit businesses.” This complaint was echoed by an anonymous Democratic Party operative speaking to Politico who went after Jeff Hauser of the Revolving Door Project. “While Democrats spent the past four years organizing to beat Donald Trump, Jeff was instead out there doing opposition research on potential Democratic appointees for a then-fictitious administration,” the operative said. “Reporters should work harder to determine whether he’s representing a movement or just representing himself.”

Simply on factual grounds, this criticism is not just wrong but fatuous. The Revolving Door Project has done tremendous work over the past four years documenting the Trump administration’s corruption and has often pushed the Democratic Party to take Trumpian corruption more seriously. Further, for anti-corruption organizations to give Democrats a pass would be an undermining of their mission and credibility.

I corresponded with Jeff Hauser to get a sense of whether the pushback he’s receiving from parts of the Biden team is a cause for worry. “Biden World is heterogeneous on many fronts, including viewing progressives as significant partners within a diverse political party,” Hauser told me. “Some people think complete deference to the self-perpetuating clans that have run the party for nearly 30 years is warranted. Others—I believe notably more numerous—get that things are different. So speaking only for myself, I shrug off the criticism aimed at Revolving Door Project work as an indication that the right people are annoyed. But I believe other swathes of Biden World are mature enough to be okay with how progressive involvement in Transitions has evolved since 1992 and 2008.”

Hauser rightly frames the work watchdog groups do as a necessary part of fighting Trump, still a threat since he won’t acknowledge defeat and might run again in 2024. Other Republicans could easily follow Trump’s footsteps and tar Democrats as part of the swamp, puppets of Wall Street. Unless Democrats clean up their own house, they risk fueling once again the same anti-establishment anger that helped elect Trump. A Democratic Party that keeps an open-door policy to Wall Street risks reaping, in Hauser’s words, “an ugly political whirlwind led by Tucker Carlson, John Cornyn, and Josh Hawley.”