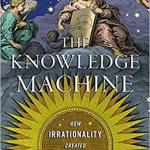 Isaac Newton had a problem. He didn’t believe in the divinity of Christ. Scriptural study had convinced him that Jesus was not equal to but created by God the Father. In 17th-century England, this was heresy. Newton’s conviction meant that he could not in good conscience be ordained as a clergyman, which was necessary if he wanted to remain a fellow of Trinity College, Cambridge and Lucasian professor of mathematics.

King Charles II made an exception for Newton, who was able to continue at Cambridge; he publicly conformed with Anglican precepts while privately thinking they were nonsense. This matters for philosopher Michael Strevens because Newton is the hero of science’s origin story. The genius who discovered gravity also set what Strevens calls the knowledge machine of science in motion. He writes: “If the human race was going to get its vaccines, its electric motors, its wireless communicators – the wellsprings of health, the armatures of industry, the filaments of human connectivity – something out of the ordinary would have to shatter the barrier.” Newton shattered the barrier by devising what Strevens calls the iron rule underpinning science’s claims to objectivity. It states that all scientific arguments must be conducted by empirical testing, excluding all subjective, philosophical, religious or aesthetic matters.

Only a few years before Newton’s crisis of conscience, this iron rule was scarcely conceivable. True, Francis Bacon had earlier extolled inductive reasoning and close observation, but these methods could not yet be widely employed. Strevens cites Newton’s near-contemporary Descartes, whose philosophy relied on divine intervention. Before Newton, such a deus ex machina was if not necessary then commonplace; after Newton, citing unobservable causes was intellectually shoddy.

If God lurked behind data or if snowflakes were beautiful, such matters were not the scientist’s business. “I do not feign hypotheses,” Newton wrote imperiously in the second edition of his Principia in 1713. Strevens calls this iron rule unreasonable. Science is stimulated because of subjective impulses, he argues. And yet they can play no role in scientific argument. Science self-immunises from the corruption that makes it worth doing.

His suggestion is that after the treaty of Westphalia in 1648, Europe changed: the resultant separation of civic and religious realms resulted in a zeitgeist where fruitful compartmentalisation such as that that kept Newton in Cambridge was possible. Strevens’s brilliant, bracing story of science’s happy abasement before the iron rule, you’ll notice, flouts that rule.

He tells the history of science this way to counter two rival narratives. First, the radical subjectivists detect only power and interest behind scientific’s putative truth seeking. Think how tobacco companies’ hirelings game data to produce commercially palatable results. Second, those such as Thomas Kuhn and Karl Popper suppose there is a special technique for dealing with empirical evidence called the scientific method. Kuhn was wrong, Strevens argues, in thinking science makes progress because scientists are incapable of questioning intellectual authority or what Kuhn called the prevailing paradigm. Popper was wrong to suppose that science proceeds by way of falsification of theories that don’t match the data.

There are no objective constraints on scientists’ interpretation of data, counters Strevens. Rather, the iron rule keeps scientists honest while subjective speculation gets them up in the mornings, or as he describes it “raw unchecked opinion gives science a vitality”. Not quite raw: scientists, he thinks, use plausibility rankings to determine which interpretations of data are, if not permissible, then plausible.

One experiment, though, risks falsifying Strevens’s account. In 1919, astronomer Arthur Eddington wanted to know if Einstein’s general relativity is right in predicting that massive bodies bend space and time around them, or whether Newton’s thesis that gravitational force holds between them is correct. One ship headed to Brazil and another to an island off west Africa, both with equipment to photograph the sky at the moment the moon obscured the sun. If Einstein was right, incoming light rays would be deflected by twice the amount Newton’s account suggested. Astrographic photographs from Brazil supported Newton, but Eddington dismissed them, claiming that they were distorted by the sun’s uneven heating of the telescope’s mirror. Eddington used only photographs confirming Einstein’s account in his interpretation.

Doesn’t this show how science is corruptible? Certainly this pacifist Quaker had an agenda: Eddington wanted to prove Einstein right because of relativity’s beauty and also to dissolve post-world war one rancour in Europe. Strevens holds, though, that painstaking measurement showed the iron rule was followed, but concedes there was neither tribunal or method for sorting good photographic plates from bad. Eddington’s suppression was not science, but as Strevens puts it, what often goes on in science’s name – “partisan argument, political maneoeuvres and propaganda”.