Trump and His Many Billionaire Enablers 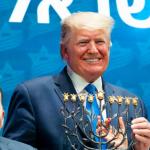 We’ve heard plenty about the GOP members of Congress and Trump political appointees who have “enabled” Donald Trump over these four years, failing to act to stem his excesses.

But what about the billionaire donors to Trump’s campaign and his victory PACs?  Especially those who gave substantial donations in 2019 and 2020, when it was clear that Trump was causing a crisis in our democracy?

Unlike those who gave to the 2016 campaign but distanced themselves from Trump after seeing him in action, will there be any accountability for these most recent billionaire enablers of Donald Trump who saw what damage he caused–but still stood by him?

These are the billionaires who already received their whopping individual and corporate tax cuts in 2017.  Yet, empowered with their money, continued to contribute to Trump for four more years.

Watch for our forthcoming IPS report and reporting on “Trump’s Billionaire Enablers.”  But here are a few initial findings:

The Institute for Policy Studies identified 63 U.S. billionaires who gave a combined $33 million to the Trump Victory Fund in the last two years.  Trump Victory was a joint fundraising account for the Trump 2020 campaign and the Republican National Committee.

As of January 8, these billionaires together have wealth of $243.7 billion dollars (using estimates from Wealth-X and Forbes).

Other notable billionaires to the Trump Victory Fund include: