Party and Country: the Unexplored Reserves of the Gramsci Genome 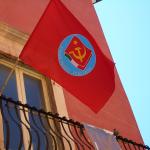 I wonder: is there any other party in Italy besides the Italian Communist party (PCI) which, on one of its anniversaries—100 years marks a whole century, but even 50 or 20 years are usually an occasion for celebration—has ever been remembered with such unanimous interest in every kind of media? TV, radio, newspapers, magazines, and not only Italian ones, given the interviews requested from foreign outlets; and then, by historical and non-historical institutes, clubs, networks, centers and everyone else. I think this alone is enough to say a lot about the party—there is no need for scholarly essays by experts for that.

For me, the best concise explanation of the phenomenon that has ever been given is the one by Jean Paul Sartre after researching our country, about which he was very curious: “Now I understand,” he said, “the PCI is Italy!” He wanted to say that this party was not a separate vanguard, but a body mixed with the same blood, the same emotions, behaviors, memories of the Italian people. It was not an extraneous organism.

Not, however, “the people” per se—as those, quite a few, who in recent years have fallen in love with a so-called “left-wing populism” would like to hear. Because that coincidence between country and party was not established via the name of a leader in whom people trusted, but, on the contrary, by a militant party, thus a collective organism which had helped transform that “people” from subjects to citizens, to individual subjects proud of their role, because they felt part of a great movement that was transforming the world.

These are not just words, mind you. If I think back to this party in my city, in Rome—which is why I am speaking from real experience and not from any indoctrination—I still remember with great emotion that bourgeois underclass that gradually learned to assert itself and became conscious. And proud. But, on the other hand, if you think back to many of Pasolini’s writings, or to the neo-realist films of the early 1950s, or, again, to the pieces by Ascanio Celestini, isn’t it true that you always find one of these common-people characters, struggling with poverty, who keeps their PCI membership card among their most prized possessions? And among them, many women.

This is why the party reached a number of members—2 million—that was unique in the West, and why it was able to withstand the intimidation, discrimination, excommunication and repression that characterized the dark times of the Cold War.

Were there illusions? There were hopes that people tried to translate into reality, and it is not true that, alas, everything ended in nothing. Without the subjective consciousness that led to that commitment, all the best reforms achieved in our country would not have been won (as they were, even from the opposition).

And this is why, when people ask me why I still call myself a communist, 100 years after the birth of the PCI, I answer: first of all, because of the history of Italian communists, including, of course, the communists of il manifesto and the PDUP, who have enriched it with their contribution.

In spite of some serious errors, they were the only ones who tried to start that long process that could have led to the construction of an alternative society in the West as well.

We did not succeed, I know: today, the left in Italy is in a desultory condition. The most serious problem: we are celebrating 100 years from the birth of a party that has already been dead for 30 years. The first thing we should do during this centenary celebration is to commit ourselves to engaging in that collective critical reflection (to avoid all self-indulgence) that has always been announced and then never really accomplished.

I’m certainly not going to start that with a newspaper article, of course. However, since this celebration has asked once again, as is only natural, the perennial question—what is still valid from the experience of the PCI?—this is why I, like everyone else, feel obliged to give an answer for the young people who, although mostly aware of the historical importance of this party, think it doesn’t have anything useful to teach us anymore. To give this answer, a thorough reflection would actually be needed, but it seems to me one thing can be said without any risk of being wrong: that they should finally put to use the “Gramsci genome” which has protected us so far, but which still has unexplored reserves to tap.

Especially on two issues. The first is Gramsci’s idea of the party, the theory that would finally allow us to overcome the division between those who argue for the need to make the party an instrument that brings in consciousness from the outside and those who want to rely on the spontaneity of the movement instead. That is to say, the Gramscian idea of the party as a “collective intellectual,” committed to gradually reducing the distance between leaders and those being led, and who all build consciousness together. The reason why the members of the PCI have been personally involved in the political life of our country for so long is because, at least in part—and even in the primitive conditions of the post-war period—they have been working on this project.

And Gramsci is still needed due to what he himself—and with him, everyone from the very young group of the Ordine Nuovo—brought forward in the concrete reality of working-class Turin after World War I, where they tried to experiment with the council models that had been theorized not just by minority currents of the working-class movement, but by Lenin himself (for example, in The State and Revolution). In other words, to build, alongside other organized forms of democracy—which today we would call the model of representative democracy—forms of direct democracy, expressed by movements of struggle that consolidate and propose taking up the direct management of parts of society, thus gradually regaining possession of a power which has been—to quote Lenin—“expropriated by the state.” All in order to build the instruments to reduce the self-referential nature of the parties and the arrogance of the state.

In the extraordinary first years of the 1970s, with the Factory Councils and then the area councils, it was precisely this model that was proposed once again in the factories, where the struggle had yielded life and real forms of power. Unfortunately, the PCI did not understand and weakened the power of such experiences, as it also did with ‘68. Today, those factories are almost gone, but this model could be even more fruitful in relation to territories where fragmented and diverse social subjects are intertwined, expressions of non-homogeneous contradictions. The councils could become reunifying bodies, forms of organization in some way similar to the “street unions” of which Maurizio Landini spoke in his first speech as General Secretary of CGIL.