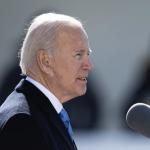 “Trump was bad, but watch out for Biden—he is going to restore neoliberal austerity,” is a line frequently heard on the left these days. In this view, Trump and the Republicans were vanquished in November, but Bernie was defeated in the spring. All we have to look forward to is inadequate stimulus spending, “entitlement reform” (i.e. cuts and/or privatization of Social Security and Medicare) and more endless wars. Critics such as Krystal Ball and Jimmy Dore have breathlessly latched onto every compromise and fight Biden has walked away from, even before he enters office, as proof that neoliberal austerity ideology lives. Perhaps the announcement of a near two-trillion stimulus plan and his support for a $15 per hour minimum wage will quiet the naysayers. Probably not.

Although, as Yogi Berra once suggested, “predictions are hard, especially about the future,” the evidence to date does not bear out the grim prognostications of Sirota and many others. Equally plausible is that we are turning a corner, and the Biden administration has already begun to take steps in the new direction, and will continue to do so, albeit in ways likely to be identified as insufficient and halting by the left. Jonathan Smucker captures an important element of the new terrain, when, responding to the idea that hopes around Biden and pushing him to the left will largely fizzle as they did with Obama, he stated  “Our movements and organizations are much more powerful, much more developed than they were when Obama came to power.  Also, there’s the crisis we’re in as a country. I think Biden and the Democratic leadership understand they have to deliver for working people, for struggling people, or they are sunk in the 2022 midterms. “ Both of these points—the strength of left movements, and the electoral crisis of the Democrats—need to be expanded.

In 2008, there was nothing much like a movement against inequality. There was an anti-war movement which had basically turned towards elections to first expel Republicans from congress (in 2006) and then to fuel Obama’s victory. John Edwards, who ran in the Democratic primaries in 2008 to Obama’s left on economic issues, fizzled. In 2011, three years after Obama was elected, Occupy Wall Street “changed the debate.” The Fight for Fifteen soon followed, as did other movements less directly focused on economic inequality, including Black Lives Matter and Standing Rock. The 2016 Bernie campaign turned this spirit into an electoral insurgency within the Democratic primary. Hillary Clinton clearly believed that once she vanquished Bernie she had no need to pay much attention to his supporters, but in the event, she lost the electoral college and the White House. During the Trump years, the electoral movement continued to make headway, producing the Squad in Congress.

Throughout the Trump years, there were also additional economic struggles, most notably the teachers strikes which began in Chicago in 2012 but spread to red states and elsewhere in 2017. The 2020 election proved disappointing to Democrats in important ways. They were only able to secure the barest majority in the Senate via the Georgia runoffs, rather than the solid majority anticipated. House seats were lost. Performance in statehouses was bad all around. In the wake of this, centrists attacked the left on grounds that Republicans attacks of “defund the police” and “socialism” were highly effective. Nevertheless, there is also considerable chatter about the need to deliver for working people to avoid disaster in 2022.

The Squad also made gains, albeit exclusively in Democratic strongholds, while the Congressional Progressive Caucus reorganized itself into more of a fighting force. The House leadership suspending the pay-go rule for expenditures related to the public health and climate crisis was an important win in undermining an austerity framework. And as the new head of the Senate Budget Committee, Sanders is well-positioned to make a difference.

Seemingly the only way to avoid internecine warfare for the Democrats is to push for an agenda more or less acceptable to both center and left while remaining disciplined about messaging—a strategy Schumer (who has nudged Biden from the left several times since the election), Biden (who is leading with a massive stimulus bill) and Bernie (who has focused on pushing for all the measures of the Democratic Party platform) seem to be on board with, with the Squad showing signs of coming around (a bit of less heated rhetoric since the election) while the attitude of centrists in the House and blue dogs in the Senate remains uncertain. As of this writing, the fallout from the January 6 insurrection—with all of corporate America and a substantial number of senate Republicans aligning, at least temporarily, against the pro-Trump wing of the Republican Party—remains uncertain.

More insight can be gleaned by looking at Biden’s actions since he defeated Sanders in the Democratic primaries. Rather than dismiss Bernie as irrelevant, Biden initiated working groups to develop policies on a range of issues, stocked with many popular figures in the Sanders firmament. Although the results weren’t especially satisfying to many on the left, the participants appear to believe that engaging with Biden continues to be worthwhile.

For the Biden administration to realize its best impulses, the left will have to energetically make its case.

While August’s Democratic National Convention was primarily characterized by themes of defending democracy against Trump and diversity, Biden’s acceptance speech had aspects of Bernie-lite with its call for a stronger social safety net, empowerment of labor unions and more investment in public infrastructure. For his cabinet,  Biden has appeared to try to balance rewarding Democratic loyalists lining up for jobs with appeasing progressives demanding fresh approaches.

Notably, some of the most hated names in the Democratic establishment—Larry Summers, Rahm Emmanuel—either withdrew or did not make it in. The most prominent figures from the Obama administration—Janet Yellen and John Kerry—were not significant targets of the left during their tenure. Kerry has been assigned to a climate post, non-existent in Obama’s cabinet, and a point of emphasis for Biden. And there have been some excellent progressive choices, notably Deb Haaland at Interior and Xavier Becerra at Health and Human Services.

Elizabeth Warren appears to have influenced such choices as Rohit Chopra for the Consumer Financial Protection Bureau and Gary Gensler for the Securities and Exchange Commission which oversees Wall Street. Hawks who were lined up to staff top national security positions, including Susan Rice and Michele Flourney were rebuffed, although in favor of less well-known “swamp creatures” who probably aren’t much further to the left. The worst choice—Tom Vilsack at the Department of Agriculture—seems the product of rewarding long-term friends rather than strong ideological beliefs. Notwithstanding the considerable overlap with the Obama administration, the overall impact is a cabinet clearly to the left of that of Obama’s, eager to focus on domestic issues and climate rather than muscular demonstration of U.S. power in the world (i.e. war).

Overall, prospects are decent for a relatively unified Democratic Party moving forward on the extensive list of progressive policies showcased in the party platform. With their narrow congressional majorities, they will need it. The social movement and electoral left has much work to do. The Squad’s existence signals the left’s growing electoral strength, but so far there have been no breakthroughs outside of heavily Democratic urban areas. Victories in swing district suburbs or rural areas would take the Squad to the next level as a political force.

For the Biden administration to realize its best impulses, the progressive grassroots will have to energetically make its case to both the wider public and refuse to accept or excuse backsliding by more conservative Democrats or by Biden himself. Biden’s strong rhetorical support for expanding the presence of labor unions and collective bargaining, if followed through on, could help revive the labor movement after decades of decline.

Though the Republicans have been thrown on the defensive by Trump’s loss, their double defeat in Georgia and the violent insurrection they fomented, their presidential candidate attracted 74 million votes despite his enormous flaws. In the past, they have always been able to regroup as an opposition party and return more virulent than before. Think of a virus that becomes more lethal with each iteration.

With that in mind and the chance to move parts of its agenda, the Sandernista left would be better served by focusing on winning as much as it can at this juncture instead of pushing tactics that are doomed to fail like Force the Vote and reflexively marching off into the political wilderness. Having Democratic control of the White House, Senate and House is a rare trifecta. We should make the most of this opportunity.

Please support independent media today! Now celebrating its 20th anniversary, the Indypendent is still standing but it’s not easy. Make a recurring or one-time donation today or subscribe to our monthly print edition and get every copy sent straight to your home.