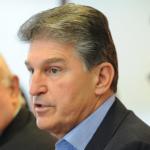 This week, NBC News’s national political reporter, Sahil Kapur, tweeted a bit of interesting color from the Hill: Hawaii Senator Brian Schatz, passing West Virginia’s Joe Manchin, greeted him with a “Your Highness” as he walked by. The title was deserved—Manchin, for all intents and purposes, is now running both the Senate and the Democratic legislative agenda. There are other Democratic members of the party’s Senate caucus who will have to be wooed and won over in order to pass any of President Biden’s big-ticket items during this Congress, including Arizona’s Kyrsten Sinema and Maine’s Angus King. But Manchin has established himself as the de facto leader of the chamber’s centrists and is already playing an outsize role in negotiations over Covid-19 relief. While in recent days he’s said he doesn’t mind the overall size of Biden’s $1.9 trillion proposal, his stipulations about some of its integral components—including stimulus checks and a minimum-wage increase—are likely to influence the shape of the final bill.

But progressive angst over this and the concessions Manchin is likely to seek on other policies will matter far less to him than the opinions of West Virginia’s own voters. And organizers in the state are already thinking about how to get both Manchin and his electorate on board with the portions of the Biden agenda that struggling and working-class West Virginians are going to need passed. “It’s not lost on West Virginians the central role that we’re playing now in federal politics,” says Stephen Smith, a gubernatorial candidate in West Virginia’s Democratic primary last year. “What we’re seeing out of Washington is ‘Manchin needs to step in line and support the president. And we need him to be more Democratic and progressive.’ And that doesn’t work. Manchin’s made his career on the fact that he isn’t a reliable Democratic vote.”

So what will? Smith is co-chair of West Virginia Can’t Wait, an organization launched in 2018 on the promise of building a “people’s government.” Its New Deal for West Virginia platform, developed after nearly 200 town halls and the collection of 11,000 voter surveys, includes policies like ending mass incarceration and homelessness, a state bank, and a workers’ bill of rights. And Smith says that the populist messaging approach West Virginia Can’t Wait has adopted might inspire the state’s voters to hold Manchin accountable.

Ryan Frankenberry, state director of the West Virginia Working Families Party, says that they are similarly hoping to engage voters at the grassroots level about Manchin and the state’s other representatives in Washington in the coming weeks and months. “January 6, we were already starting on our planning and organizing, and we’re engaged with a broad and diverse coalition that includes community-based organizations, our own statewide base of activists, dozens of progressive local legislators that we’ve helped elect, as well as local officials that we’ve helped elect,” he says. “We are building a robust field campaign to talk with West Virginians about these issues and plan on working with the Senator’s office in any way we can to try to make sure that these messages are getting heard.”

Getting Manchin to listen, Frankenberry believes, will also involve getting Manchin to understand that supporting the Democratic agenda will allow him to have a potentially historic impact on his state. “I’m reminded about how government has helped West Virginia,” he says. “You had FDR right? You had JFK. Then you had Byrd—everything is named after Robert C. Byrd in West Virginia, because of the amount of infrastructure that he helped bring West Virginia. This is an opportunity, in our view, for Senator Manchin to really make his mark and really help deliver for West Virginia in a way that will give our citizens a future.”

At least one national organization is already ready to pounce and replace him if he doesn’t. On Tuesday, No Excuses PAC, a group founded by former Alexandria Ocasio-Cortez staffers Saikat Chakrabarti, Zack Exley, and Corbin Trent, announced it would be beginning a search for challengers to both Manchin and Kyrsten Sinema in 2024—an effort it will be publicizing and supporting through ad campaigns in West Virginia and Arizona. “No Excuses PAC was started a couple of weeks ago, when Senator Joe Manchin announced his objection to sending out checks for Covid relief,” Trent says. “And we decided that was an untenable position—we’d run on it, we’d won on it, and we’d better do it. And we wanted to run some ads and letters letting folks know where he stood there.”

“If Democrats can’t get it right, then they’re going to get replaced,” he continues. “I mean, Joe Manchin went from having pretty solid victories as a senator to barely winning, this last time, in 2018. It was two or three points. What’s happening there—just like where I’m from in Tennessee, just like you saw in Louisiana, just like you saw in Missouri a couple of cycles back with Claire McCaskill—is that the Democratic Party is losing its capacity to relate to people. They’ve got no idea what the hell is going on out here in the real world.” Trent says that No Excuses intends to engage with local organizations already working on the ground in both Arizona and West Virginia and spotlight them on their podcast.

Frankenberry told The New Republic, however, that organizers in the state have gotten wary about national groups attempting to intervene in the state’s politics. “We think that the best way to communicate with Joe Manchin is with West Virginian voices,” he says. “Joe’s been around West Virginia his whole life, and he’s been in politics for a significant amount of time. We think that he needs to hear from West Virginians.”

“We have lots of wonderful people who have been doing amazing work, trying to work in their communities,” Frankenberry continues. “It’d be helpful if these folks would, you know, send us the money to help us support those organizations instead of just putting billboards up or radio ads that don’t have any input from West Virginians. We’re fully capable of communicating with our people.”

West Virginia Can’t Wait’s Smith agrees and argues the real task for those hoping both to push Manchin and change the state’s political landscape long-term will be building out a local organizational infrastructure that can sustain itself after and beyond campaign season. “A couple of billboards or out-of-state TV ads aren’t going to move these folks because they can ignore it and wait, knowing that that energy will leave come election time,” he says. “But the long-term building of political infrastructure, like what’s happened over the last 10 years in Arizona and Georgia and other places, is the kind of thing that will move politicians in the short run because they know their political future is in jeopardy if they don’t.”

Smith also sees this as the key to winning Manchin’s support on structural reforms, including the elimination of the Senate filibuster and statehood for the District of Columbia. If his vote will be won at all, it’ll be won not through arguments about reforms in and of themselves but through West Virginia voters coming to understand reform lies between them and passing the policies that actually animate them. “We’re hearing some of the same things from allies inside and outside West Virginia who want to turn this into a wonky debate about 51 votes or 52 votes, and how do we do this or how do we do that,” he says. “And our experience is that those debates are largely academic—even if you win them in the public sphere, they don’t actually affect the way power operates. Power will respond to a direct threat.”

Smith says the threat to Manchin is compounded by the number of West Virginians who feel disaffected from both parties. Although outsiders have come to think of West Virginia as a red state in recent years, it wasn’t so long ago that the state’s Democratic Party comprised its political establishment—until 2014, Smith notes, it had held full control of the state’s legislature for over 80 years. And before the election of Shelley Moore Capito, West Virginia’s junior senator, in 2014, the state hadn’t elected a Republican to the chamber since 1956.

This is one reason why West Virginia Can’t Wait pitches itself in opposition to a “Good Old Boys Club” rather than a partisan enemy. And the organization also shies away from calling itself “progressive,” even though the policies it supports are backed by progressives across the country.

For its part, No Excuses PAC is also distancing itself from the progressive label. “We’re not actually trying to recruit a progressive,” Trent says. “We’re trying to find somebody to come do stuff. We’re trying to recruit a doer. I haven’t really got a name for it right now. I’ve been calling it populist-industrialist. Neo-Americanism. I don’t know what you want to call it, but it ain’t lefty. I ain’t a lefty. I’ve got a basement full of guns.”

What these groups seem to share is a faith that politicians hoping to succeed in West Virginia can be encouraged to trade bipartisanship for post-partisanship—that Manchin and any candidates that might follow him can safely leave the idea of bringing the parties together behind and still be rewarded as pragmatists for meeting the state’s material needs, which are many. “Everybody that runs for office in West Virginia always talks jobs because it resonates—people are leaving the state because of a lack of good jobs,” Frankenberry says. “We need that. We need infrastructure. We need new ways of transportation. We need new ways of power distribution. There’s so many things that could improve the lives of West Virginians. Those are the things that we want to focus on. Access to health care—we’ve had hospitals closing down during this pandemic. We have places that can’t deliver a baby unless it’s an absolute emergency. Those places exist in our state. These are the big things that we need.”

“We need to show people,” he concludes, “that there is a future ahead for West Virginia that can be unlike anything that we’ve experienced in the past. That’s what we want to see happen, and everybody should be lifting together to make sure that West Virginia is taken care of. And that means Joe Manchin doing whatever he can do.”

Osita Nwanevu is a staff writer at The New Republic.