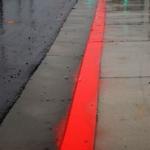 Late last week came news that the some U.S. intelligence believes, with low to moderate confidence, that chemical weapons–possibly sarin–was used in Syria. There were, as Jim Naureckas pointed out, reports that overstated the certainty of the findings.

If you were watching the CBS Evening News on April 25, you heard anchor Scott Pelley say, "The Obama administration says nerve gas has been used, and that is something President Obama has called a red line that cannot be crossed." Moments later reporter Major Garrett weighed in to say, " The White House says it cannot definitively prove the Assad regime used chemical weapons."

A valuable, skeptical take came from McClatchy's Jonathan Landay (4/24/13), whose reporting conveyed the difficulty involved in making any definitive judgments based on the evidence that has apparently been collected. And as he pointed out:

In U.S. intelligence analytical parlance, "moderate confidence" generally means that information lacks sufficient corroboration, while low confidence usually means that it's too fragmented, it isn't authenticated and there are major concerns about the credibility of the sources.

But much of the media conversation turned to the question of whether Obama's "red line" had been crossed–with many reporters and pundits suggesting that it had. On August 20 of last year, Obama said this:

A red line for us is we start seeing a whole bunch of chemical weapons moving around or being utilized. That would change my calculus.

Whatever one thinks of that statement, it's pretty clear that there is not yet proof of the use of a "whole bunch" of such weapons. Even if what is being suggested turns out to be true, it would not appear to meet that standard (which, of course, does not sound like any sort of technical judgment). But the media discussions treat this standard as if it's been met, and that the administration is guilty of backing down.

On CBS's Face the Nation (4/28/13), the network's political director John Dickerson said: "The notion of a red line is supposed to be that it exists and when it's crossed, a series of things happen. But when you talk to administration officials, they just pour more water and the line gets pinker and pinker… until it just dissolves."

He added, "I mean, why did he draw the red line without knowing what he was going to do next?" and then went on:

In this kind of environment, having said that this is a red line, having said he would take action, I think it's baffling why, when the evidence comes in, we'll say, "Well, let's take it to the U.N. and let them sort this out." Take it to the UN? I'm sorry? It implies a lack of seriousness.

Gergen and most other pundits were careful about not advocating for direct U.S. military intervention (that was left to the Republican politicians who appeared on the Sunday shows). Their message, then, boils down to a concern over the credibility of the president's threats of violence–more important than the credibility of his evidence. The White House has been saying their reticence is informed by the Iraq debacle; many pundits don't seem to have learned a similar lesson.