Biden’s Support for Unionizing Amazon Is a BFD 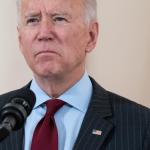 My morning newspapers were so transfixed by Sunday night’s vindictive speech by the president who lost reelection in November that they neglected to take note of Sunday night’s historic remarks by the president who’s running the country right now. Perhaps it was just a matter of early Sunday print deadlines, but I observe with interest that USA Today, the Chicago Tribune, and Axios didn’t post their stories about Biden’s remarks online until this morning.

Allow me to catch you up.

At 8:01 p.m., President Joe Biden posted on Twitter a speech that took labor’s side in a union election. No president has done anything remotely like this in my lifetime. “This is new, nothing like it before,” observed the labor historian Nelson Lichtenstein on Twitter. “Politicians always give great speeches at union conventions and avoid union organizing campaigns because of possibility of failure. But Biden broke this norm.”

The union election at issue concerns roughly 6,000 workers at an Amazon warehouse in Bessemer, Alabama, an industrial suburb of Birmingham. Amazon is the second-biggest employer in America, after Walmart, and, like Walmart, it maintains no union shops on U.S. soil. The organizing drive at Bessemer marks Amazon’s second union election in the United States. The first, undertaken in 2014 by a bargaining unit of 30 at an Amazon distribution center in Delaware, failed, 21–6.

Rashad Long, who complained about working conditions at an Amazon warehouse in Staten Island and tried to unionize workers there, got fired in 2019. The company claimed Long was fired for safety violations, but the company is so bent on keeping its facilities union-free that, according to a Vox report last fall, it’s developing its own line of dystopian-sounding surveillance software (the “geoSPatial Operating Console”) largely to track labor organizing.

Biden didn’t mention Amazon by name in his speech, and he took care not to tell the Bessemer workers how to vote on whether to organize under the Retail, Wholesale and Department Store Union, which he also didn’t name. Indeed, the only tipoff that Biden was talking principally, though not exclusively, about the conflict at Bessemer was a fleeting mention that “today and over the next few days and weeks, workers in Alabama … are voting on whether to organize a union in their workplace.”

But Biden didn’t leave anybody guessing where his sympathies lay. “Unions built the middle class,” he said. “I made it clear when I was running that my administration’s policy would be to support union organizing and the right to collectively bargain. I’m keeping that promise.” The Alabama vote, Biden said, is “vitally important,” and he put management on notice that “there should be no intimidation, no coercion, no threats, no anti-union propaganda. No supervisor should confront employees about their union preferences.”

Amazon has not behaved any worse, during the current campaign, than corporations do typically. But corporations typically behave very badly in such circumstances. The worst thing Amazon has done is try to compel workers to cast their ballots, during the present deadly pandemic, in person rather than by mail. Three of the four sitting members of the National Labor Relations Board right now are anti-union Republicans, but even the NLRB told Amazon no; it cleared the mail-ballot election to run from February 8 to March 29. (All NLRB documents concerning this case can be found here.)

Amazon has also, The Washington Post’s Jay Greene reported, papered its bathrooms with anti-union propaganda (to get some flavor, click here), and it’s hired the union-busting firm Morgan Lewis & Bockius, which it also tapped during its successful anti-union campaign in 2014. NLRB member John Ring is a former partner at Morgan Lewis. (Incidentally, Greene has done an exceptionally good job documenting the Bessemer fight; let’s hope Amazon founder and Post owner Jeff Bezos continues to permit him to do his job as this story heats up.)

Perhaps the press was slow to report Biden’s intervention because the Trump years conditioned us to judge the breaking of norms as destructive. That Biden, famously a respecter of norms, would set them aside now probably didn’t compute at first. Is the press now obliged to condemn Biden as it did Trump? Some outlets may decide they must, and attempt an idiotic pantomime of evenhandedness. I hope we don’t see too much of that.

A more appropriate response is to record this as a signal that the federal government is shifting away from its decades-old tradition of treating unions with neutrality shading into hostility. Conservatives will surely condemn this change. Liberals will, I think, praise it and demand more, including passage of the PRO Act, which would strengthen labor rights and repeal much of the Taft-Hartley Act—the 1947 anti-union law, passed over President Harry Truman’s veto, that did more than any other government action in the post–New Deal era to enfeeble the U.S. labor movement.

Perhaps the most important point Biden made in his speech is that, even though the federal government has in the past stayed out of union elections, by statute it’s required to support them. “You should all remember,” Biden said, “that the National Labor Relations Act didn’t just say unions are allowed to exist. It said that we should encourage unions.”

Biden’s right. The preamble to the landmark 1935 law, known to some as the Wagner Act, states, “It is declared to be the policy of the United States to eliminate the causes of certain substantial obstructions to the free flow of commerce … by encouraging the practice and procedure of collective bargaining.” That’s what Biden did on Sunday night. And it is, as he once said in a different context, “a big fucking deal.”

Timothy Noah is the author of The Great Divergence: America’s Growing Inequality Crisis and What We Can Do About It.