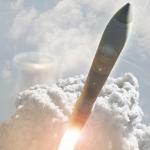 One of the more important tasks that the Biden administration will undertake this year will be to review the Pentagon’s nuclear weapons budget and modernization strategy.

According to a 2019 Congressional Budget Office report, the U.S. is committed to spending $494 billion on its nuclear forces over the next decade, or about $50 billion per year. Over the next three decades, nuclear weapons modernization plans could cost as much as $1.5-$2 trillion.

This total includes investment in a $100 billion Ground Based Strategic Deterrent (GBSD), a land-based nuclear missile, which is slated to replace the aging Minuteman III Intercontinental Ballistic Missile (ICBM).

Manufactured by Northrop Grumman under a $13 billion contract—with assistance from other major defense contractors like Bechtel, Honeywell, General Dynamics, Lockheed Martin, L3 Harris, and Textron—the GBSD is supposed to be made operational by 2029.

Elizabeth Eaves characterized the GBSD in the Bulletin of the Atomic Scientists as a “new weapon of mass destruction the length of a bowling lane, which will be able to travel some 6,000 miles, carrying a warhead more than 20 times more powerful than the atomic bomb dropped on Hiroshima.”

The human tragedy associated with the development of the GBSD is compounded by the fact that military experts believe it will not actually enhance U.S. national security. 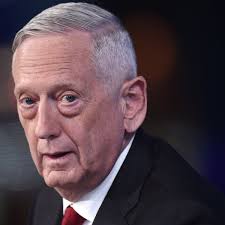 President Biden has in the past supported arms control and nuclear weapons reduction treaties.

In 1988, he helped negotiate ratification of the Inter-Nuclear Forces (INF) treaty signed between Soviet Premier Mikhail Gorbachev and President Ronald Reagan, which required the U.S. and USSR to eliminate and permanently forswear all of their nuclear and conventional ground-launched ballistic and cruise missiles with ranges of 500 to 5,500 kilometers. 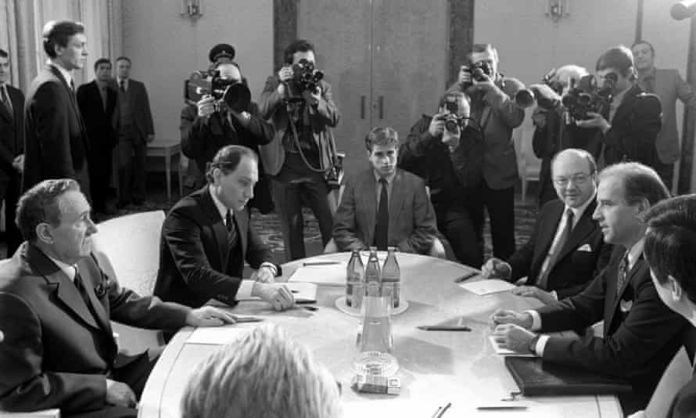 Then-Senator Biden sits opposite Andrei Gromyko, chairman of the Supreme Soviet of the USSR during negotiations in Moscow to ratify the INF Treaty. [Source: theguardian.com]

More recently, though, Biden has taken a hard line against both Russia and China, whose supposed existential threats to U.S. interests has provided a basis for the massive government investment in nuclear weapons.

In an op-ed published during the presidential campaign, Biden supported a no first-use policy for nuclear weapons, and wrote in Foreign Affairs that the purpose of the U.S. nuclear arsenal should be deterrence—and if necessary retaliating against attack.

So far, however, Biden’s top Pentagon nominees have publicly backed all three legs of the nuclear triad—including the land-based missiles.

A major factor inhibiting the prospects for disarmament is the clout of defense contractors like Northrop Grumman, which spent more than $12 million in lobbying in 2020, and provided Biden with $403,072 during the 2020 election campaign.

Last July, when Ro Khanna (D-CA) proposed an amendment that would transfer $1 billion or one percent of the GBSD’s projected cost into a pandemic preparedness fund, the amendment was voted down and Khanna was accused by Liz Cheney (R-WY) of playing into the hands of China, which according to Cheney, had caused the Covid-19 pandemic.

Cheney represents the district encompassing Cheyenne, Wyoming, which is home to the F.E. Warren Air Force Base, where the GBSD will be based.

The city and surrounding region anticipate a major economic windfall from the GBSD.

Northrop donated money to congressional candidates in all the six states—Utah, Wyoming, Colorado, Nebraska, Montana and North Dakota—which would be beneficiaries of the new missile.

However, it will take a large-scale social movement, equivalent to the nuclear-freeze movement of the 1980s, to pressure the Biden administration into doing the right thing.

The freeze movement was a large-scale grassroots movement that promoted a reduction and ultimately elimination of nuclear weapons. 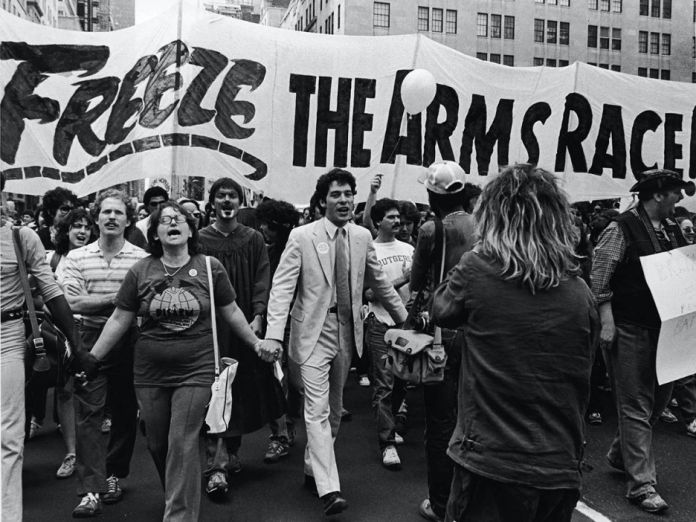 Supporters of the Freeze movement march at a huge rally in New York City in June 1982 that was attended by hundreds of thousands of people. [source: outrider.org]

Placing a strong emphasis on grass-roots education, it helped lay the groundwork for the INF Treaty, which the Trump administration repealed in 2019.

At a zoom conference on Wednesday, February 24th, sponsored by the Bulletin of the Atomic Scientists, Katrina Vanden Heuval, publisher of The Nation Magazine, suggested that disarmament advocates should link up with the climate change movement, which has generated a lot of enthusiasm.

The twin threats of nuclear war and climate change demand a “boldness among grassroots political activists” that will be necessary to save ourselves and our planet.

[1] Cheney also in the 2020 election cycle received $11,515 from Raytheon Technologies while supporting an amendment in Congress to promote the development of low-yield nuclear weapons which were to be placed on cruise missiles developed by Raytheon.

He can be reached at: jkuzmarov2@gmail.com.

CovertAction Magazine is made possible by subscriptions, orders and donations from readers like you.

When you donate to CovertAction Magazine, you are supporting investigative journalism. Your contributions go directly to supporting the development, production, editing, and dissemination of the Magazine.

CovertAction Magazine does not receive corporate or government sponsorship and does not sell advertisements. Yet, we hold a steadfast commitment to providing compensation for writers, editorial and technical support. Your support helps facilitate this compensation as well as increase the caliber of this work.

Please make a donation by clicking on the donate logo above and typing in the amount and your credit or debit card information.

We sincerely thank you for your support.

Disclaimer: The contents of this article are the sole responsibility of the author(s). Covert Action Publications, Inc. (CAP), including its Board of Directors (BD), Editorial Board (EB), Advisory Board (AB), staff, volunteers and its projects (including CoverAction Magazine) are not responsible for any inaccurate or incorrect statement in this article. This article also does not necessarily represent the views the BD, the EB, the AB, staff, volunteers, or any members of its projects.