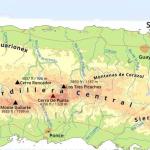 Last month, New York representatives Alexandria Ocasio-Cortez and Nydia Velázquez — joined by New Jersey’s Bob Menendez in the Senate — introduced the Puerto Rico Self-Determination Act of 2021. If passed, the legislation would create a process for Puerto Ricans to finally determine the nature of their relationship with the United States, which for more than 120 years has colonized the island.

The Self-Determination Act comes as Puerto Ricans are rising up — against a federally imposed fiscal control board, government neglect in the wake of Hurricane Maria, gender and racial violence on the island, and business as usual in local government — making the status quo colonial relationship untenable. The bill correctly recognizes that Puerto Ricans themselves — not their colonial overseers — have the right to determine their own future.

Here is how the law would work. First, the Puerto Rican legislature would pass a law to initiate a status convention. Residents of Puerto Rico would elect delegates to the status convention, who in turn would outline a slate of political status options and accompanying transition plans in consultation with a commission composed of members of Congress and the presidential administration. The political status options could include statehood, independence, free association, or any option other than the current colonial arrangement. The status options, and the accompanying transition plans, would then be put to a vote in a special referendum on the island. Finally, Congress would ratify the selected status option — deferring entirely to the choice of Puerto Rican voters — and the US and Puerto Rican governments would begin to implement the new arrangement.

Puerto Ricans have voted on several political status referenda over the years. Indeed, some statehood proponents point to the most recent referendum — an up-or-down statehood question in November 2020 — to argue that Congress should immediately pass a bill that would put Puerto Rico on a path to statehood.

But Puerto Ricans have never had a chance to vote on their preferred political status with the benefit of knowing the implications of each option and what a transition process would look like. For example, if Puerto Rico were a state, could the Puerto Rican courts and legislature continue to operate in Spanish? Under a “free association,” would residents of Puerto Rico be able to retain US citizenship? If the island became independent, would the United States provide any reparations to Puerto Rico for over a century of exploitation and neglect? Many more questions related to culture, language, taxes, debt, and citizenship, among others, loom large.

With the requirement that each political status option presented in the referendum be fully defined and include a transition plan, the process outlined by the Self-Determination Act would finally give the people of Puerto Rico a meaningful voice in their political future. Additionally, the bill allows for ranked-choice voting, meaning that residents can voice their true preferences without worrying that their vote won’t matter if their top choices are not supported by a majority.

It is also worth noting that past referenda have been plagued by controversies, including concerns over how the questions were structured, a boycott, and in the case of the most recent referenda, election irregularities that have triggered litigation. The Puerto Rico Self-Determination Act would provide a clear, transparent process that would put all options on the table and guarantee residents a fair vote.

The timing of the bill is not accidental. In the last several years, a cascade of events — the ongoing debt crisis and the fallout from Hurricane Maria, most notably — have made painfully clear that whatever language the United States chooses to use, Puerto Rico is a twenty-first-century colony.

By the time the then governor declared the island’s debt unpayable in 2015, Puerto Rico had already been experiencing years of economic contraction caused in large part by federal policies foisted on Puerto Ricans. In the summer of 2016, the Supreme Court issued two decisions that dealt a blow to any semblance of the island’s autonomy — invalidating a Puerto Rico bankruptcy law even though it could not avail itself of federal bankruptcy protections, and declaring that Congress retains ultimate control over Puerto Rico under the Territorial Clause of the US Constitution.

Later that summer, Congress invoked its authority under the Territorial Clause to pass the Puerto Rico Oversight, Management, and Economic Stability Act (PROMESA). This law imposed an unelected, unaccountable Financial Oversight and Management Board (FOMB) (which those on the island labeled “la Junta”) and created a path of austerity to pay Wall Street at the expense of Puerto Ricans. Still reeling from the debt crisis, the island was hit by Hurricane Maria — and promptly abandoned by the federal government. Some experts estimate the hurricane caused over a thousand deaths, many of them avoidable.

Puerto Ricans have not taken these events sitting down. Organizations like Casa Pueblo and Comedores Sociales, active before Maria, played a critical role in its aftermath. Pension-holders have organized through Construyamos Otro Acuerdo (“Building Another Agreement”) to demand their pensions remain intact through the PROMESA bankruptcy process instead of being slashed in favor of Wall Street creditors. Colectiva Feminista en Construcción (“Feminist Collective Under Construction”) has brought issues of gender and racial violence to the fore. Perhaps most significantly, in the summer of 2019, hundreds of thousands of Puerto Ricans took to the streets and successfully demanded the resignation of Governor Ricardo Roselló, chanting, “Ricky renuncia y llévate a la Junta” (“Ricky, resign and take the Junta with you”). In the wake of #RickyRenuncia, a progressive party not defined by political status preferences — Movimiento Victoria Ciudadana (“Citizens’ Victory Movement”) — emerged as a significant political force on the island.

It is in this context of colonial injustice and left organizing that the Puerto Rico Self-Determination Act emerged, with broad support from progressive organizations and parties from both the island and the diaspora.

There is no easy resolution to 123 years of US colonialism in Puerto Rico. The relationship has caused, and continues to cause, great harm to the island. While no bill will single-handedly resolve more than a century of injustice, any just path forward will require a credible, inclusive, and democratic process. With an organized and engaged Puerto Rican public — a requirement for the passage of the bill and the success of the process it outlines — the time is ripe to end US colonialism in Puerto Rico once and for all.

Natalia Renta is a senior policy strategist at the Center for Popular Democracy.