How Workers Really Get Canceled on the Job 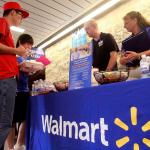 In her 2001 book Nickel and Dimed, Barbara Ehrenreich wrote about being given a personality test when interviewing for a housecleaning job, which asked such questions as whether “management and employees will always be in conflict because they have totally different sets of goals.” She also described alarming the tester for Walmart, by asserting some measure of independence on a couple of questions.

Ehrenreich’s working-class job seeker was among the real victims of cancel culture in the U.S., not A-list writers and actors. For decades, millions of workers have been rejected for employment based solely on their answers to pre-employment personality tests administered by corporate America. Instead of social media mobs, inscrutable algorithms silently delete people from interview callbacks, without their résumé even being seen by a human being. And make no mistake, rooting out dissent is the primary goal of these hiring algorithms.

Charles Hughes, who in the 1970s was a key modern proponent of personality tests to assist corporate clients in screening out pro-union hires, would argue that what distinguished U.S. workplaces from their European counterparts was unfettered management control over the workplace. Maintaining that control was a core motivation for remaining non-union, and pre-hire screening and surveillance facilitated that.

But where pre-hire screening in the 1980s was the province of mainly manufacturing firms and a few service industry leaders like Marriott and Walmart, it has now become pervasive across the economy, with greater and greater sophistication. The personality testing industry, both for new hires and existing employees, was estimated at more than $3 billion in 2019. Today, 80 percent of Fortune 500 companies use personality tests to assess employees, before and during employment. Josh Bersin, a consultant formerly at auditor Deloitte LLP, estimated that in 2014, 60 to 70 percent of prospective workers were facing these tests, up from 30 to 40 percent just five years earlier. More current numbers are hard to come by, and estimates vary.

Kenexa, bought by IBM for $1.3 billion in 2012­­, reportedly does 20 million assessments each year. Human resources software company UKG, owned largely by private equity firms Hellman & Friedman and Blackstone, reportedly has a database of information on hundreds of millions of job applicants and employees, as it tracks people as they move from job to job. And test prep isn’t just for the SAT anymore: Companies like JobTestPrep provide materials to prepare for personality and other pre-hire tests for hundreds of leading employers, from McDonald’s to defense contractors like Raytheon.

Adding to the creepiness factor is the rising use of video “interviews” analyzed by artificial intelligence software to sort candidates by facial expressions, tone of voice, language speed, and other factors, sending those who pass those tests for final review by actual human beings. COVID has only accelerated use of these technologies, as recruiting gets done increasingly over screens.

Business touts the tests as increasing worker satisfaction by matching people with the right job, but Roland Behm, a critic of the assessment industry, highlights a host of academic studies that have found little correlation between job performance and personality tests. Meanwhile, Gallup has seen little change in employee satisfaction and “disengagement” since 2000, even as personality assessments exploded in the pre-hire process. This leaves many suspecting less savory and even illegal motives for the tests.

Governments have launched multiple lawsuits over charges that pre-hire screening serves as a covert means of discrimination against those with mental illness. Based on CVS Pharmacy asking questions about whether applicants “change from happy to sad without any reason” and whether “your moods are steady from day to day,” the Rhode Island Commission for Human Rights found “probable cause” in 2011 that the company was violating state anti-discrimination laws, while Target paid $2.8 million in 2015 to resolve a charge that their personality tests were violating the Americans with Disabilities Act. And in 2018, Best Buy and CVS reached agreement with the U.S. Equal Employment Opportunity Commission to stop using personality assessments after investigations found they had disparate impacts based on race and national origin. Others have noted the ways AI-driven video interviews may unfairly screen out candidates with disabilities, especially those on the autistic spectrum.

Testing may not necessarily intend to screen out those with mental illness, but employers do want to root out “disgruntled” employees, which testing companies repeatedly highlight as a prime target for elimination by their personality tests.

As business marketing professor and consultant Neil Kokemuller has written, “Disgruntled workers … potentially persuade others that the company is unfair or not a good place to work. Pre-employment screening tools help companies avoid hiring employees that could become negative influences on the workplace.” One advertisement for a pre-hire test aimed at nurses and other professional employees promised it could weed out “undesirable behaviors” such as “focus on pay, benefits, and status,” in favor of “desirable behaviors,” such as “focus on enjoyment of the job.”

In fact, screening out union supporters was the original purpose when pre-hire testing was largely born in the 1930s in the wake of federal labor law banning companies from explicitly blacklisting union supporters. Substack bloggers may complain about “blacklists,” but pre-hire personality tests are the modern-day extension of the original anti-union blacklists.

Early personality tests applied in the 1930s—largely based on WWI recruitment screening tools—were driven by the bias that joining a union was based on “mental disintegration.” They were subsequently not particularly effective, and their usage waned. But in the 1960s and ’70s, a new breed of industrial psychologists reintroduced personality tests using new social science research and techniques.

Nathan Shefferman, Sears’s union avoidance expert, would build a consulting firm around the basic surveys he introduced to reveal union sympathies of potential employees. Charles Hughes, who worked in labor relations at Texas Instruments and IBM, would establish his Center for Values Research in 1974, dedicated to assisting “organizations that choose to be union free.” He would train over 27,000 managers in using his Employee Attitude Surveys (EAS) to screen out likely union members, and would boast, “We have never had a union-free client become unionized.”

In a 1979 U.S. congressional oversight hearing, management consultants explained that they told clients to use surveys to identify traits often associated with union support, such as avoiding employees who participated in too many outside clubs, expressed “loving a challenge,” or were the youngest member of a family.

In Selling Women Short: The Landmark Battle for Workers’ Rights at Wal-Mart, Liza Featherstone detailed how Walmart managers used personality tests to screen out those likely to be sympathetic to unions. For example, the company encouraged them to avoid hiring “cause-oriented associates” who led any kind of political demonstration in high school.

Personality surveys are also used after employees are hired, often in conjunction with monitoring employee internet use, logging keystrokes, and tracking employee emails, to build “heat maps” of people and departments likely to unionize. Companies like WorkTango and Perceptyx, the latter used by 30 percent of Fortune 100 companies, build “union vulnerability indexes” to help companies co-opt or ease “troublemakers” out the door, long before a union election might cast legal suspicion on the termination. Timothy Davis, a union buster at Constangy, Brooks, Smith & Prophete, has told employers that they need to figure out whether “workers trust the employer more than the union,” and to “conduct employee and management surveys” as part of a general system of preempting union support before an election is called.

Most alarms about Big Data are about individual discrimination, but exclusion of the potential Norma Raes of the workplace ends up harming the whole workforce. All workers lose out as much or more than the identified agitators, since average workers lose out on the wage and benefit and workplace condition gains from unionization.

So what can be done? Legislation has restricted or banned use of some screening tools by employers, including medical exams, polygraph tests, genetic information, credit reports, criminal background checks, video surveillance, and mandatory disclosure of social media passwords. But personality tests and surveys give employers so many proxies for banned tools that employers can often achieve whatever exclusions from their workforce they desire.

Some firms have been challenged under anti-discrimination laws for specific questions on their screening tests, and more recently, Illinois put some restrictions on use of AI to analyze video interviews, and a number of states are discussing following suit.

However, any state restrictions on personality tests to stop anti-union questioning would likely be struck down by the courts as preempted by federal labor law. And of course, new federal legislation would face all the obstacles federal labor law reform has faced in the Senate over decades.

But there are strong legal arguments that the National Labor Relations Board (NLRB) could issue new rules to restrict, audit, and even ban personality testing based on current law. Given the evidence that such testing is used to screen out pro-union employees and identify current employees likely to unionize, the NLRB could build on past precedents that prohibited direct and even indirect questions about the union views of applicants and current employees. Where a union suspects that such screening led to losing a union certification election, they could bring a challenge before the Board to demand an investigation into screening algorithms. In theory, companies could face massive back-pay orders for excluded employees, given the volume of applications screened by testing companies.

The NLRB has long had a prohibition on polling employees for their union views, known as the Struksnes rule (named for a 1967 NLRB decision), which applies even when no union election is scheduled. Given that anti-union consultants openly claim to use employee personality testing and surveys to indirectly identify union supporters, Biden’s NLRB should be able to take them at their word and ban most if not all personality testing of prospective or current employees.

Notably, the Supreme Court has directly upheld the ban on employee polling, with even Justice Scalia agreeing that the NLRB had reasonably found that “employer polling is … ‘unsettling’ to employees, and so has chosen to limit severely the circumstances under which it may be conducted.” The creepiness of privacy invasions by employers may encourage even some conservative justices to sustain a Biden NLRB rule restricting personality testing abuses.

The payoff from preventing employers from screening out “troublemakers” or identifying those who manage to slip onto the payroll could be a significant improvement in the ability of workers to build a critical mass of union supporters to expand collective bargaining across the country.

And if we are going to have a national debate about free speech in the workplace, stopping the use of personality tests to cancel “disgruntled” workers should be front and center.

Nathan Newman is a writer and professor who teaches criminal justice and sociology at the City University of New York.