For True JCPOA Re-entry, Biden must Tear down this Sanctions Wall 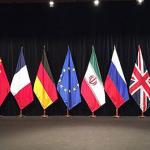 It was clear from the outset: Returning to the Iran Nuclear Deal was not a matter of nuclear technicalities or diplomatic savvy. It was and remains primarily a matter of political will and political capital.

Though all eyes will be on the start of formal talks in Vienna this week, the real test will take place in Washington D.C. where President Joe Biden must muster the political will to tear down the “sanctions wall” his predecessor put in place for the sole purpose of preventing an American return to the nuclear agreement, lest the talks in Vienna will be for naught.

With only two months left until the Iranian elections, Washington and Tehran find themselves in agreement on at least one issue: There is no time for a lengthy negotiation on how the two can return to full compliance with the Joint Comprehensive Plan of Action (the JCPOA). As a result, the talks in Vienna this week will skip any discussions on goodwill gestures and directly cut to the chase: Defining the end game, that is, the various steps each side needs to take to return to the deal.

Two lists need to be compiled and agreed upon by all sides. One that charts out the measures the Iranians must take, one that spells out America’s to-do list. If all goes well, a senior European Union official tells us, the contours of these plans will be ready by the end of this week.

The Iranian checklist is relatively easy. Iran needs to reverse all the measures it has taken since May of 2019 that contradicted the JCPOA. All of its measures — except one — are reversible: Iran has conducted nuclear research related to the production of uranium metal in contradiction to the agreement. This knowledge can now not be unlearnt. Tehran recognizes this complication though it remains unclear how it will be handled.

The American list is much more complicated. The sanctions relief process has from the outset been riddled with problems, though, at least initially, most were unintentionally so. Now, however, Biden faces major sanctions hurdles that are entirely intentional: President Donald Trump, in his last two years in office, meticulously built a “sanctions wall” that explicitly was designed to make any return to the JCPOA by subsequent presidents prohibitive in terms of political cost.

Trump officials told the Wall Street Journal that even if potential new targets are already under existing nuclear sanctions, “blacklisting them again under terror powers makes it more difficult to reverse the action.” Advocacy organizations supporting Trump’s Iran policy were even more explicit. Mark Dubowitz of the Foundation for the Defense of Democracies wrote in the Wall Street Journal that Trump should “build a wall of additional sanctions that a pro-Tehran successor could not easily dismantle.” These sanctions, Dubowitz continued, should “be directed not against the nuclear program but the regime’s role as the leading state sponsor of terrorism,” as well as its missile program and its human rights abuses. The explicit purpose of these sanctions, however, was to prevent a return to the JCPOA.

In due order, Trump imposed sanctions on Iran’s central bank, its Ministry of Petroleum, and its state-owned oil company pursuant to terrorism-related authorities. Trump also sanctioned Iran’s entire financial sector, as well as virtually all other productive non-oil sectors of Iran’s economy on non-nuclear grounds. These so-called “non-nuclear” sanctions impose what is effectively an international boycott on Iran that lacks any modern historical precedent.

But even if the Trump administration had not been transparent about the intent of these sanctions, reality is that even reimposition of sanctions on genuine non-nuclear grounds would violate the JCPOA. Contrary to popular impressions, the nuclear agreement obligates the United States to “refrain from any policy specifically intended to directly or adversely affect the normalization of trade and economic relations with Iran inconsistent” with the JCPOA, and to “prevent interference with the realization of the full benefit by Iran of the [JCPOA’s] sanctions lifting.” There is no question that Trump’s sanctions violate these basic conditions of the JCPOA.

So long as Trump’s “sanctions wall” sanctions remain in place, there is no plausible way that the United States can provide effective sanctions relief to warrant Iran’s resumption of the nuclear constraints contained in the JCPOA. Put plainly, as European officials privately contend, Trump’s sanctions will have to go if the Biden administration intends to have any policy success with respect to Iran. Merely lifting the pre-2018 sanctions would be “empty” and “meaningless,” providing Iran no effective sanctions relief.

Whether Biden will clear the minefield Trump has left behind will primarily be determined in Washington, not Vienna. It will require both political will and capital. Republicans in Congress will balk. Some hawkish Democrats will as well.

But failing to do so, Biden risks war with Iran or acceding to an Iranian nuclear program on steroids — only delaying and multiplying the political risks to his presidency. If Biden can summon the political courage to tear down Trump’s sanctions wall and call out the bad-faith with which they were imposed, then the US will be able to refasten the constraints on Iran’s nuclear program and pave the way for America’s long sought shift away from the quagmires of the Middle East.

Tyler Cullis is Counsel at Ferrari & Associates, P.C., where he specializes in the practice of U.S. economic sanctions and export controls. His writings on U.S. sanctions and foreign policy have been published in the New York Times, the Washington Post, CNN, and Foreign Affairs, and he is a frequent commentator on U.S. sanctions developments, including in the Wall Street Journal, the Financial Times, and the Washington Post.

Trita Parsi is an award-winning author and the 2010 recipient of the Grawemeyer Award for Ideas Improving World Order. He is an expert on US-Iranian relations, Iranian foreign politics, and the geopolitics of the Middle East. He has authored three books on US foreign policy in the Middle East, with a particular focus on Iran and Israel.

His first book, Treacherous Alliance: The Secret Dealings of Iran, Israel and the United States (Yale University Press 2007), won the silver medal winner of the 2008 Arthur Ross Book Award from the Council on Foreign Relations. His second book, A Single Roll of the Dice – Obama’s Diplomacy with Iran (Yale University Press) was released in early 2012 and was selected by Foreign Affairs journal as the Best Book of 2012 on the Middle East.

Parsi’s latest book – Losing an Enemy: Obama, Iran and the Triumph of Diplomacy (Yale University Press, 2017) – reveals the behind the scenes story to the historic nuclear deal with Iran.

Parsi was born in Iran but moved with his family at the age of four to Sweden in order to escape political repression in Iran. His father was an outspoken academic who was jailed by the Shah and then by the Ayatollah. He moved to the United States as an adult and studied foreign policy at Johns Hopkins’ School for Advanced International Studies where he received his Ph.D. under Francis Fukuyama and Zbigniew Brzezinski.

He is the co-founder and former President of the National Iranian American Council. Parsi has followed Middle East politics through work in the field and extensive experience on Capitol Hill and at the United Nations. He is frequently consulted by Western and Asian governments on foreign policy matters. Parsi has worked for the Swedish Permanent Mission to the UN, where he served in the Security Council, handling the affairs of Afghanistan, Iraq, Tajikistan, and Western Sahara, and in the General Assembly’s Third Committee, addressing human rights in Iran, Afghanistan, Myanmar, and Iraq.

He is fluent in Persian/Farsi, English, and Swedish. Parsi’s articles on Middle East affairs have been published in the Washington Post, Wall Street Journal, New York Times, Los Angeles Times, Financial Times, Jane’s Intelligence Review, the Nation, The American Conservative, the Jerusalem Post, The Forward, and others. He is a frequent guest on CNN, PBS’s Newshour, NPR, the BBC, and Al Jazeera.

Our Mission: The Quincy Institute promotes ideas that move U.S. foreign policy away from endless war and toward vigorous diplomacy in the pursuit of international peace.