Bessemer: No Organizing Effort Is Ever Wasted 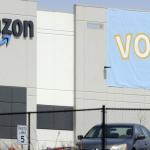 The loss of the April, 2021 union drive at the Bessemer, Alabama, Amazon facility is a disappointment to all who cheered-on the union cause, and it is doubly so for militants and leftists. Of course it is. Worldwide.

But, who among us believed that it could have succeeded in today’s environment? Against all odds, with a threadbare union campaign, up against one of the biggest anti-union corporate fortresses of the modern era? If you thought that an election win for the RWDSU was actually in the cards then you are either brand new to the movement, have never been involved in a union organizing campaign, or you have resorted to wishful thinking and daydreaming as a substitute for cold logic.

And while the cold logic may dictate that the deck is stacked against the workers and unions at every turn, to abandon the battlefield to the employers is to accept defeat. The fact is, when you belong to the working class today, you must re-learn the old military stratagem, “When you are too weak to defend, you must attack.” Once encircled, unless a breakout is attempted, then annihilation is inevitable. Can anyone objectively assessing the condition of the working class today question whether we are encircled? Or whether our unions are facing imminent annihilation?

The Amazon workplace – like the rest of the workplaces in this country – is a dictatorship. This may come as a startling news flash to some. Not to the thousands of worker-organizers now toughing it out in the Amazon shops all over the globe.

And it’s no shock to me, either. I have spent the past 42 years in the union trench being harassed and attacked by virtually every employer that I have ever dealt with. I started as a rank and file organizer. I participated in two union elections as an employee, in a recognition strike, and I worked as a union salt in two different companies. The union was successful in only one out of five of those attempts to organize. All of them were against-all-odds. Me and my coworkers in each case had all sorts of reasons to wait, delay, or even give up. But we pushed ahead up the beach no matter the fire raining down on us. I didn’t join the labor movement because I picked it as the winning team. I joined it because as a class-conscious worker I had no alternative, and in fact it was an obligation.

In the late 1980’s and early 1990’s I was a field organizer for the United Electrical Workers Union (UE), assigned to several simultaneous organizing drives we kept going at plants of the gigantic General Electric Company (GE). In its heyday – before the company collapsed owing to its own endemic dishonesty and hubris – GE was an anti-union monster like no other. I saw GE break every labor law in the book, and commit anti-union acts too numerous to describe. The company employed more “Union Avoidance” operatives than we had organizers on the UE payroll. Every campaign was the union organizing equivalent of scaling Mt. Everest. Only occasionally did we succeed. Most of the time we lost, frequently very badly.

What then? Did we give up and back away from further election showdowns with the company? Did we pine away for some perfect moment when we would charge the drawbridge? Did we sit back and enjoy life until the opportune moment to organize arrived? Did we convene the piss-and-moan club to proclaim our lack of all the advantageous situations that we wanted? Did we set ourselves up on high as self-assured gurus who sat in judgement of everything that other unions did, or tried to do? No. Never. We collected ourselves, dusted ourselves off, kept our union together, and we went back to the front, again and again.

When we lost – as we did more often than I care to admit – we were at least spared being subjected to the current torrent of second guessing and criticism now being heaped on the RWDSU for having the ambition – and yes, probably the poor judgement – to launch the recent drive.

Most of it being shoveled out by progressives and leftists, so far as I can tell.

You can pick apart the union campaign in Bessemer all you want. And keep your laptops and wine goblets at the ready. You will have many, many, more opportunities to complain about what went wrong in the future failed organizing drives yet to come. Bessemer is merely a milepost on what will be a long and arduous road to organize this piece of the commanding economic heights. Many more losses  lie ahead. Strikes and other uprisings are ahead. The union organization of corporate America will be a messy affair. There will be many casualties. It will not be done according to a script penned in a university or NGO someplace.

A brief study of our own U.S. labor history reveals clearly and starkly that Amazon and the other major employers today will not be organized until the left wing does the hard, thankless, exhausting organizing work of patiently building real union structures and real organizational muscle. Random angry workers will not do it. Mainstream Democrats will not do that work. Sideline kibitzers will not do the organizing. Well intended critics will not do it.

Instead, plain and simple worker-militants, socialists, communists, anarchists, disaffected young workers, and every other sort of radical will do the work. It will require the same effort and ideological zeal that organized the early unions, the infant AF of L, the IWW, the TUEL, and the CIO. And while it’s apparent to everyone that today’s business unions are not up to the task, what is the antidote to that? Should we take the business union leadership off the hook by never pushing them to put the considerable resources of the unions to work on the hard and difficult organizing front? Do we see our role as reinvigorating our otherwise moribund unions? Or, do we just see our role as diagnosing the business union malaise, detailing its inadequate failures, publicizing them far and wide via the internet, and demoralizing everyone in the process?

I choose instead to think about the 738 workers in the Bessemer facility who withstood an avalanche of Amazon company lies and pressure and voted “yes.” To them all, I tip my hat, extend my thanks, and only wish that I could have been there with them right up until the end, even if it was a bitter ending. I know what it is to be forced to drink from the bitter cup.

But it was those bitter sips that reminded me that I was right to commit my life to the overthrow and end of this rotten system, the Amazon system. The system of wage slavery where all of us are compelled to sell our labor by the slice, to bosses only too eager to work us to death and squeeze everything they can out of us. The system that creates and enriches a Bezos, while the workers are ground down, beat down, run ragged, and thrown away eventually like so much garbage. The same awful system that endangers the viability of the planet, and that impoverishes billions of wage slaves in every part of the world.

By the logic of some of the Bessemer critics there can be no election or showdown until the opportune or perfect moment arrives. I reject that completely. This is not to ignore reality, justify recklessness, or cast off good judgement, either. It is a realization of the validity of the observation by early U.S. labor organizer and leader William Z. Foster that, “No organizing effort is ever wasted.” Foster observed correctly that, “The organization of the unorganized millions of workers is primarily the task of the left wing. There is no other section of the labor movement possessing the necessary courage, energy, and understanding to carry through this basic work.”

I commend all of the Amazonians, union volunteers, and staff who threw themselves into the fight. You will be remembered as participants when the first real punch was thrown at the Amazon citadel. The critics, they will be forgotten. All Empires fall. Amazon will too.

-Chris Townsend was a 25 year staff member of the United Electrical Workers Union (UE), and currently is the organizing director for the Amalgamated Transit Union, (ATU).