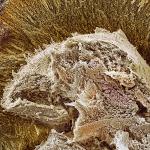 The administration of President Joe Biden is reversing restrictions imposed by former President Donald Trump’s on federal funding for medical research using human fetal tissue from elective abortions. A notice released today by the U.S. National Institutes of Health does away with both a ban on such studies by researchers within NIH and a layer of ethical review that had torpedoed funding applications from external researchers.

The secretary of the Department of Health and Human Services, Xavier Becerra, “has determined there are no new ethical issues that require special review,” NIH said in a statement.

“I’m relieved,” says Alta Charo, a professor of law and bioethics at the University of Wisconsin, Madison. “I would call it a very welcome return to a socially responsible approach to the use of fetal tissue in research.”

The Trump administration’s policy, announced in June of 2019, prohibited NIH’s in-house scientists from conducting research using human fetal tissue, which would otherwise be discarded after abortions. The rules also created new hurdles for extramural applicants, including an ethics advisory board that ended up being dominated by scientists and ethicists who oppose abortion. In August 2020, the board rejected all but one of 14 funding applications that had already been deemed worthy of funding by scientific reviewers.

“It was a farce,” says Lawrence Goldstein, a neuroscientist at the University of California, San Diego, and the only member of the advisory board who has been an outspoken advocate of fetal tissue research. “Highly valuable projects that had been through multiple levels of review already … went to this board to die.” According to the new announcement, the board will not convene again. And intramural NIH research involving fetal tissue can resume, an NIH spokesperson confirmed.

The tissue has been vital to studies of neurological and infectious diseases and for understanding normal fetal development. In March 2020, research institutions and medical foundations appealed to the Trump administration to lift the restrictions to enable studies of COVID-19. Such research includes the creation of “humanized mice” containing transplants of human fetal tissue that model the human immune system, which can be used to test potential treatments.

Fetal tissue “remains essential … for studying viral infections from HIV, Zika, coronavirus, and other viruses,” the International Society for Stem Cell Research (ISSCR) wrote in a statement released today, which applauds the policy reversal as a “return to evidence-based policymaking.”

Some Trump-era requirements governing grant applications for this research aren’t affected by the new announcement, notes Sean Morrison, chair of ISSCR’s public policy committee. For example, investigators must explain why the research can’t be accomplished without using fetal tissue. “There was a lot of paperwork added … that is still in place,” Morrison says, “and I think we have to look at whether that’s really necessary.”

The change is a blow to opponents of abortion who sought to limit the use of fetal tissue in labs. “This reflects a turn to poor ethics as well as poor science,” says David Prentice, vice president and research director of the antiabortion Charlotte Lozier Institute who served on the now-disbanded ethics review board. Requirements that remain in place from before the 2019 policy shift—which required informed consent from women who donate tissue and prohibited financial incentives for donors and clinics that collect tissue—remain “inadequate to prevent abuse,” he says.

Research projects stalled under the Trump administration may now be able to move forward, but the impacts of the more restrictive policy could reverberate if the policy shrank the pipeline of scientists entering the field, Charo notes: “A 2-year prohibition can have more than 2 years’ worth of effect.”

Kelly Servick is a staff writer at Science.

Unlock the World of Science.. Published by AAAS, the world’s largest general science membership society, the Science family of journals continues to set the standard for original research and invaluable content. So when you become a AAAS member, you’re not just getting a magazine about science—you’re becoming part of the community that’s driving scientific progress. Get the very best research from around the world delivered right to you weekly.