Earth Day, Labor, and Me 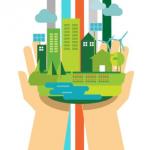 The approach of the 40th anniversary of Earth Day on April 22 provides us an opportunity to reflect on the “long, strange trip” shared by the environmental movement and the labor movement over four decades here on Spaceship Earth.

A billion people participate in Earth Day events, making it the largest secular civic event in the world.  But when it was founded in 1970, according to Earth Day’s first national coordinator Denis Hayes, “Without the UAW, the first Earth Day would have likely flopped!”

Less than a week after he first announced the idea for Earth Day, Senator Gaylord Nelson presented his proposal to the Industrial Union Department of the AFL-CIO.  Walter Ruther, President of the UAW, enthusiastically donated $2000 to help kick the effort off ““ to be followed by much more.  Hayes recalls:

“The UAW was by far the largest contributor to the first Earth Day, and its support went beyond the merely financial.  It printed and mailed all our materials at its expense — even those critical of pollution-belching cars.  Its organizers turned out workers in every city where it has a presence.  And, of course, Walter then endorsed the Clear Air Act that the Big Four were doing their damnedest to kill or gut.”

Some people may be surprised to learn that a labor union played such a significant role in the emergence of the modern environmental movement.  When they think of organized labor, they think of things like support for coal and nuclear power plants and opposition to auto emissions standards.

When it comes to the environment, organized labor has two hearts beating within a single breast.  On the one hand, the millions of union members are people and citizens like everybody else, threatened by air and water pollution, dependent of fossil fuels, and threatened by the devastating consequences of climate change.  On the other hand, unions are responsible for protecting the jobs of their members, and efforts to protect the environment sometimes may threaten workers’ jobs.  First as a working class kid and then as a labor official, I’ve been dealing with the two sides of this question my whole life.

I was raised in Cleveland.   It was a union town, and both my parents were trade unionists.  We were going to the union hall all the time; that’s where the picnics and social functions and concerts happened.

At the same time, we kids were swimming in Lake Erie, and I watched them post the signs saying, “don’t swim in the lake.”  We were catching fifty to a hundred perch every weekend and eating them until they posted the signs, “Don’t eat the perch.”

So we experienced this switch from where the smoke coming out of the steel mill chimneys meant bread on the table to a realization that we were messing up the lake that we loved and enjoyed.

I was there when the Cuyahoga River caught fire, and that was an alarming wakeup call.  The burning river and the dying lake led the first Earth Day in Cleveland to be a monumental event.  According to the Encyclopedia of Cleveland History, an estimated 500,000 elementary, junior high, high school and college students took part in campus teach-ins, litter cleanups, and tree plantings.  More than 1,000 CLEVELAND STATE UNIVERSITY students and faculty staged a “death march” from the campus to the banks of the Cuyahoga River.  The headline in the Cleveland Press read, “Hippies and Housewives Unite to Protest What Man is Doing to Earth.”

After high school I went to work in central Pennsylvania in an aluminum mill and when the mill was flooded out by hurricane Agnes I got a job doing flood cleanup at Three Mile Island, which was under construction at the time, and joined the laborers union.  That really got me involved in the labor movement.  At 19 or 20 I became a full-time shop steward on safety and health issues.

The environmental movement was protesting the construction of the power plant.  My local union had a bumper sticker that said, “Hungry and Out of Work?  Eat an environmentalist!”  I objected, and I went to the local and said, really, you know, they’re not really our enemies.  They’re protesting the construction of this power plant because it wasn’t built to withstand the impact of a Boeing 707.  And the airport’s right there.  So it kind of makes sense, doesn’t it?”

I’ve been making the same kind of argument ever since.

In the 1980s, the same Industrial Union Department that had helped start Earth Day initiated perhaps the first labor-environmental coalition, called the OSHA Environmental Network.  I was appointed its field director.   We had active coalitions in 22 states with the Sierra Club and Friends of the Earth and IUD member unions.  At first, labor’s “job-protection heart” came to the fore: The United Mineworkers Union was afraid that the alliance might encourage limits on the high sulfur coal that caused acid rain, thereby threatening some miners’ jobs; it insisted that our environmental network be shut down.  Later, encouraged by labor’s other “heart” in the form of unions that supported sulfur reduction, the Mineworkers negotiated an acid rain compromise agreement with Senator George Mitchell of Maine.

When the UN Commission on Global Warming formed, I served as a representative of the IUD.  Before every meeting that I went to I would be lobbied strongly by the Mineworkers and the IBEW on the one side to say kill what would become the Kyoto Treaty and then the Steelworkers who wanted to see the treaty enacted.  In 1997 the AFL-CIO blasted the treaty and sent a high level representative to Kyoto to oppose it.  So I resigned from the commission.

We had more than sixty thousand people on the streets, perhaps forty thousand of them from labor.  It was “Teamsters and turtles, together at last.”  Stopping the WTO, and building the coalitions we built, was a culmination of all the things I believed in and all the things I had been working for.  To me it represented the power we have when labor’s two hearts beat together ““ when we recognize that the real self-interest of workers and the labor movement is the same as the rest of the world’s:  to fight for a sustainable future.

Looking over the decades since the first Earth Day, what do we see about the relation between environmentalism and labor?

Some things this Earth Day are radically different from the first Earth Day forty years ago.

The devastating threats resulting from climate change affect us not just as “citizens and consumers” but as workers.  The impact of global warming on American workers and workplaces is laid out in a study by the Union of Concerned Scientists, “Climate Change in the United States: The Prohibitive Costs of Inaction.”  After reviewing effects on flooding, hurricane intensity, tourism, public health, water scarcity, shipping, agriculture, energy and infrastructure stress, and wildfires, the study concludes,

“If global warming emissions continue unabated, every region in the country will confront large costs from climate change in the form of damages to infrastructure, diminished public health, and threats to vital industries employing millions of Americans.”

A study by the University of Maryland adds that

At the same time, the necessity for transforming our entire economy to a low-carbon basis provides the opportunity to create tens of millions of new “green jobs.”  Such a reconstruction effort could rival World War II as a means for creating full employment and conditions favorable to worker power and organization.

Both of labor’s “two hearts within a single breast” can be seen in its response to the danger and opportunity of the climate crisis.  On the one hand, organized labor has been enthusiastic about the prospect for “green jobs” and has supported climate legislation that might help expand them.  On the other hand, much of organized labor, including the AFL-CIO, has opposed implementing the binding targets for greenhouse gas reduction that climate scientists say are necessary to reduce the effects of global warming.

Such targets are crucial not only for climate protection, but because the millions of potential green jobs are unlikely to be created unless all decision-makers know that a major transformation of our economy to reduce greenhouse gas emissions is in fact going to happen.

Meanwhile, “environmentalism” is broadening into a movement that calls for social and economic as well as environmental sustainability.  The Earth Day Network, which coordinates Earth Day worldwide, includes among its goals to “broaden the meaning of “˜environment.'”  It is committed to “expanding the definition of “environment” to include all issues that affect our health, our communities and our environment, such as air and water pollution, climate change, green schools and environmental curriculum, access to green jobs, renewable energy, and a new green economy.”  Such a sustainability movement is a natural ally for organized labor in its efforts to challenge an economy currently driven by corporate greed.

Some thing this Earth Day are the same as they were forty years ago.

Workers are still human beings who face the same consequences of environmental destruction as everyone else.  As Olga Madar, the first head of the UAW Conservation and Resource Development Department, put it back then, union members were “first and foremost American citizens and consumers” who “breathe the same air and drink and bathe in the same water” as their neighbors in other occupations.

UAW president Walter Reuther, who wrote that first check supporting the first Earth Day, spelled out what that should mean for organized labor:

“The labor movement is about that problem we face tomorrow morning. Damn right! But to make that the sole purpose of the labor movement is to miss the main target. I mean, what good is a dollar an hour more in wages if your neighborhood is burning down? What good is another week’s vacation if the lake you used to go to is polluted and you can’t swim in it and the kids can’t play in it? What good is another $100 in pension if the world goes up in atomic smoke?”

[Joe Uehlein is the Founding President of the Labor Network for Sustainability, https://www.labor4sustainability.org/ and Voices for a Sustainable Future. He is the former secretary-treasurer of the AFL-CIO’s Industrial Union Department and former director of the AFL-CIO Center for Strategic Campaigns. Joe spent over 30 years doing organizing, bargaining, and strategic campaign work in the labor movement. He also served as the Secretary to the North American Coordinating Committee of the International Federation of Chemical, Energy, and Mine Workers unions (ICEM), and served on the United Nations commission on global warming from its inception in 1988 through the Kyoto Accords in 1997 until 2003. A founding board member of Ceres (Coalition for Environmentally responsible Economies), he served on the Ceres board for 23 years.] 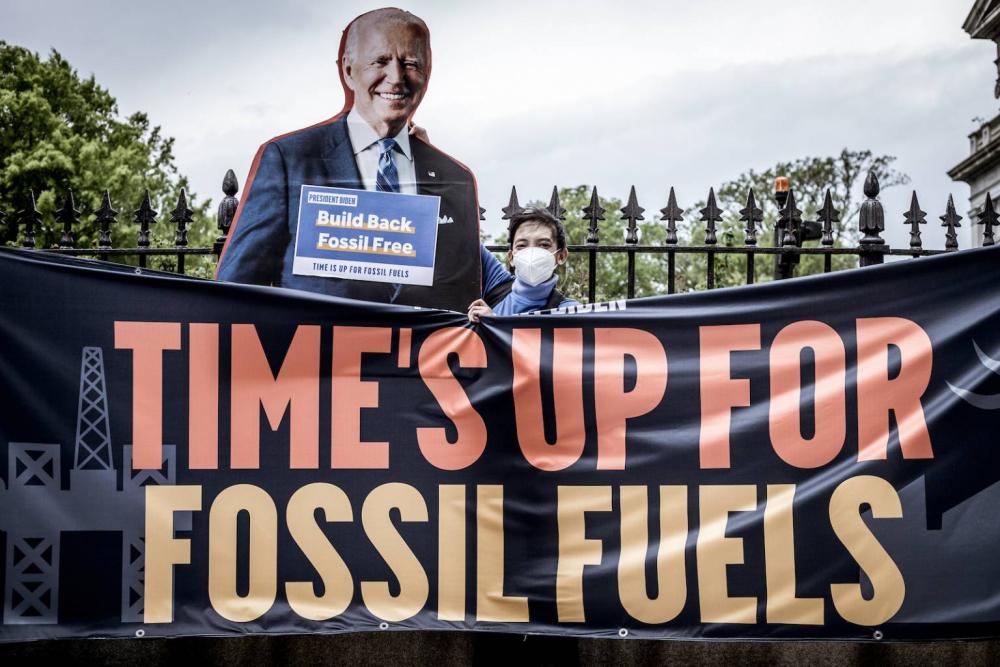