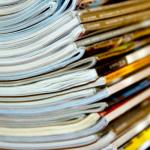 Over the past year, rising deaths from COVID-19, police brutality, anti-Asian hate crimes, and the inequitable damage of climate breakdown, have made the manifold harms of racism easier for everyone to see. Harms that were once shielded from public consumption by segregation or shrouded from public scrutiny by stories depicting the U.S. as a nation of fairness and freedoms, are now the center of an ongoing national confrontation with racism and its impacts on health, safety, and justice.

Yet amid growing calls for anti-racism and health equity, troubling reports have emerged highlighting the ways the U.S. health care industry avoids even talking about, let alone addressing, racism.

Few know just how extensive this problem is.

Our new report published in Health Affairs examined the top four medical journals in the world and found that they almost never publish scientific articles that name racism as a driver of poor health outcomes. Of the more than 200,000 total articles published over the past 30 years in the New England Journal of Medicine (NEJM), The Lancet, the Journal of the American Medical Association (JAMA), and British Medical Journal (BMJ), less than 1% included the word “racism” anywhere in the text. And among the few articles that did, upwards of 90% were predominantly opinion pieces, not scientific investigations.

Just think about that. In a field that maligns anecdotal evidence as the least rigorous and most untrustworthy, our examination found that the primary “evidence” accepted and published about racism were people’s scholarly opinions. Brilliant as those opinions may be, medicine is purportedly built upon the rigor of empirical scientific investigations, not the substance captured in commentaries. But when we looked at the science published on racism in the four leading medical journals in the world, we found it was thin, to say the least.

Among these top medical journals, during the past 30 years, each managed to publish as few as four and at most 29 scientific studies that included the term “racism.” Moreover, most of these empirical investigations were solely descriptive in nature. In other words, the studies would describe a gap in health outcomes between racial groups but never empirically test if or how racism contributed to the gap and never determined the effectiveness of potential interventions. In fact, you could count on one hand the articles that attempted to even measure forms of racism as potential drivers of a health outcome. For the New England Journal of Medicine, arguably the most influential medical journal in the world, you only need a single finger. Perhaps most notably, JAMA—a journal recently thrust into public discourse after its editor-in-chief was placed on administrative leave for sponsoring a podcast that denied the existence of structural racism in medicine—has not published a single empirical study measuring racism in the 30 years we looked at.

Yet, racism is neither a niche topic nor a rare exposure: 40% of the U.S. population are people of color (i.e., are not “white non-Hispanic”), research illustrates that experiences with racism are common, and the impacts of structural racism on health are well-established. Indeed, there is nearly 200 years of knowledge connecting racism to poor health outcomes. And other credible scientific journals are publishing plenty of empirical studies directly investigating the impact of structural, institutional, interpersonal, and internalized racism on health. But you would never know that by reading today’s preeminent medical journals.

That alarms us. Because in medicine, nearly everything we do is based on evidence. And the evidence that is weighed most heavily are the data published in our field’s top journals.

Screening protocols, medication recommendations, and basic knowledge about diseases and treatments hinge on the “evidence.” This “evidence,” or compilation of studies published in the medical literature, shapes how society comes to understand the causes of health problems and effective treatments. As a result, the “evidence” is taught in schools, from elementary classes to graduate level clinical training. It is used to inform public policy, set public health guidelines, adjust government budgets, prioritize the nation’s research agenda, determine standards of medical care, and decide which treatments insurance covers.

Therefore, when studies can illustrate the links between, for example, residential segregation, exposure to air pollution, and chronic illnesses like asthma, they also help elucidate potential , like changes to housing policies, transportation policies, and increasing green space. Or when empirical investigations can expose the connections between police killing unarmed Black and Latinx civilians and both mental health and educational outcomes in Black and Latinx youth they also highlight how policing reforms can address mental health and educational achievement gaps.

Conversely, when the world’s leading medical journals fail to publish scientific evidence about how racism harms health, it can have a devastating impact on how health systems, governments and public health infrastructures serve people of color and fund research on racial health inequities. In addition, if we, as medical and public health professionals cannot name and confront racism as a root cause of racial health inequities, it profoundly affects what the broader public knows and doesn’t know about the racial distribution of health and disease and its social causes.

When it comes to racism, ignorance is not benign. For example, throughout these journals’ history, some of which date their origins as far back as the 1800s, nearly all of the editors and chiefs have been white men, with a few exceptions. For this group, who act as gatekeepers of scientific knowledge, failure to publish about the effects of racism can contribute to power asymmetries within health careand limit what is known about racism and health. In regards to the latter, this has contributed to attempts to refute the role of racism and white racial dominance in shaping health and health care and to argue that racial inequalities in COVID-19 are driven by genetic differences between racial groups . Recent essays published in these leading medical journals have also falsely claimed racism is just too messy to measure and that racial groups reflect genetically distinct populations.

As the grossly unequal racial distribution of COVID-19 case rates, death rates, and vaccination rates continue to reveal, racism structures who has access to vital health care services, adequate workplace protections, sufficient housing, safe parks, and clean air—all of which together structures who lives and who dies early in this pandemic. Consequently, in the past year alone, while COVID-19 caused U.S. life expectancy to fall by one year, the life expectancy of Black men and women fell by three and 2.3 years, respectively.

In short, racism threatens and shortens lives. It is a public health crisis. And at this point, attempts to ignore that reality are a choice. On March 1, the U.S. National Institutes of Health announced new initiatives to address the impacts of “structural racism on biomedical research.” On April 8, the U.S. Centers for Disease Control and Prevention declared racism “a serious public health threat.” It is past time for the world’s leading medical journals to name racism, publish evidence on how racism harms health, and articulate how dismantling racism can prevent racial health inequities.