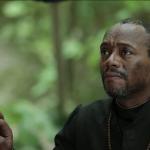 “A certain view of history contends that the historical narrative is just one fiction among others,” Raoul Peck’s deep, gravelly voice asserts near the beginning of Exterminate All the Brutes. But this view is wrong, he says. Some narratives are rooted in fact; others were made up to satisfy the powerful. “There is,” Peck declares, “no such thing as alternative facts.”

The four-part documentary series, now streaming on HBO Max, is not just Peck’s attempt to set the record straight, to pry apart fact and fiction. It’s a multilayered, serpentine, superlative recasting of history, in which Peck argues that many things we are taught as truth are actually the winners’ preferred version of the facts. His aim, he says, is to “deconstruct the official narrative.” That project, of course, has been ongoing for a long while, and several influences are discussed in the series, including Howard Zinn (A People’s History of the United States), Roxanne Dunbar-Ortiz (An Indigenous People’s History of the United States), and Sven Lindqvist (whose book by the same title inspired this series).

But doing the work in a visual and aural medium makes it all the more arresting. Each episode of Exterminate All the Brutes illustrates, in damning detail, the long arm of the construct of “whiteness” and white supremacy, a force much bigger than one country or one historical period. Then, it seeks to break that arm’s vice grip on our future. 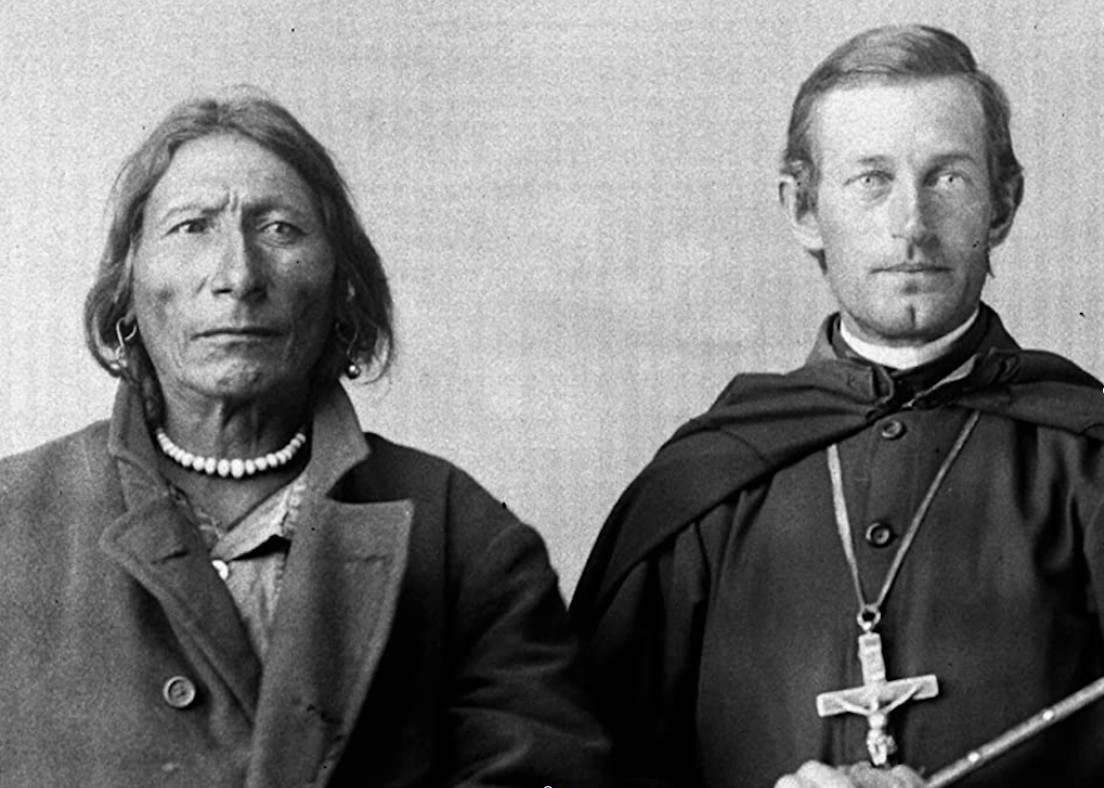 Exterminate All the Brutes looks back at history and toward the future.

Even putting aside the ways it blows up historical narratives, it’s just astounding that this series exists. Documentary series have thrived in the streaming age, with a seemingly endless cavalcade of stories about true crime or bizarre cults. You could argue that Exterminate All the Brutes both fits and transcends those categories. It rigorously unspools centuries of crimes committed against vast swaths of humanity. And those crimes were the direct result of a kind of cult, one that centered some idea of a perfect human — white, male, cisgender, able-bodied — as the apex of our species. The powerful vehemently drew lines between who’s “in” (the “civilized”) and who’s out (the “brutes”), and made sure the social order was vigorously maintained at all costs.

But from a pure filmmaking perspective, Exterminate All the Brutes may be unparalleled among TV docuseries; the closest I can think of is the complexity and contextualization evident in the 2016 Oscar-winning 10-part series O.J.: Made in America. Peck doesn’t rely on tired visual tropes or techniques that would make it easy to just put on the show in the background while you’re doing something else. He demands our attention with wit, craft, and well-placed anger.

Peck has been making movies for a long time, both fiction and nonfiction; his most recent documentary was I Am Not Your Negro, in which he envisioned how an uncompleted James Baldwin manuscript might have finished. Viewers who’ve seen that film will recognize Peck’s hand in this one. Exterminate All the Brutes — a phrase drawn from Joseph Conrad’s Heart of Darkness — brings every tool in the cinematic chest to the work table, and each is deployed skillfully. Images from historical archives. Sequences and scenes spanning a range of films, from On the Town to Birth of a Nation to The Alamo to Peck’s own work. Maps and taxonomic lists that lay out the characteristics of authoritarianism and fascism and catalog methods of genocide. There’s narration from Peck — an essayistic recital in which he moves between historical eras, countries, connected events, and his own history. 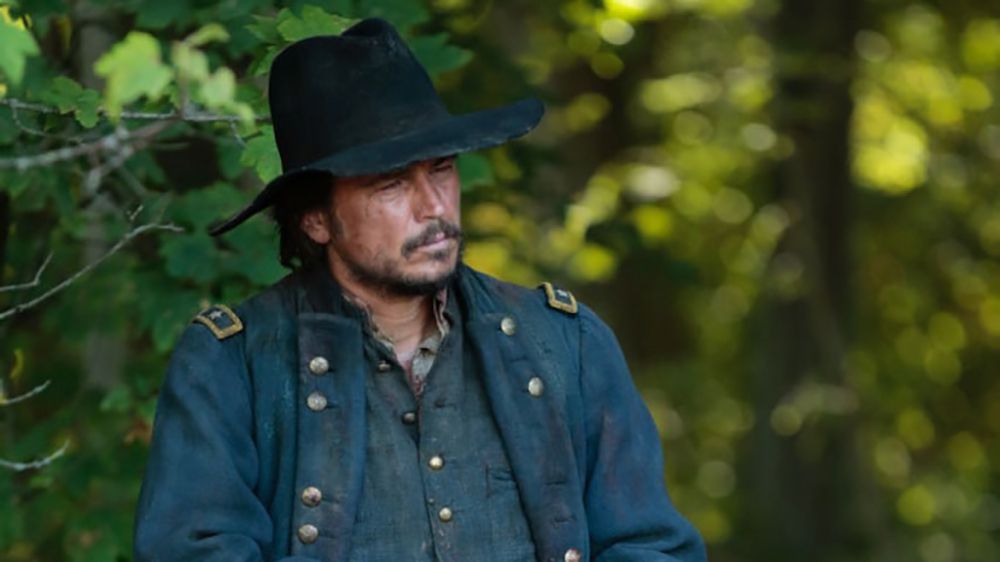 Josh Hartnett in Exterminate All the Brutes.

And, perhaps most surprisingly, there are fictional recreations, most of them starring Josh Hartnett, who embodies a certain sort of white European convinced that the “savages” are not equal to him, and therefore not deserving of dignity. In one scene, he’s an invading colonizer in the Belgian Congo; in another, he’s a 19th-century Army sergeant making short shrift of a Seminole tribe. In casting the same face to move through these scenes, Peck makes his keen point: Time and place may change, but the sentiment of the white man’s rightful place as ruler remains the same. That white supremacy is as much a spirit as a set of ideas.

Peck is wryly funny at times, infusing Exterminate All the Brutes with a kind of weary gallows humor (the second episode is titled “Who the F*** is Columbus?”). His droll, dark playfulness spills over into the recreations, too. They’re not all based in fact, a choice that makes a point.

In one scene, Black men come across a group of slavers leading a group of white children through the forest en route to be sold to masters. The incongruity of the image from what we typically see in the movies — because even though it represents a history that happened, the roles were reversed — spins the mirror back on the viewer, immediately asking us whether, and why, we feel this is more transgressive or disturbing than the images of Black slaves we’ve seen many times before.

Similarly, in another, almost slapstick scene, Hartnett plays a Christopher Columbus-type character who comes ashore with four men, only to be slaughtered and left for dead by the Indigenous people, would-be colonizers thwarted for a time. The reality — which trampled over established cultures and individual lives in an unbearable way — is much more grim.

At times, the episodes sprawl so much that it can be hard to keep track of how we got from John Wayne to Peck’s own home movies to the Haitian Revolution to the Irish being seen as “apes” to Alexis de Tocqueville writing about the Trail of Tears. Yet that’s kind of the point. Essays have always been the form best suited to letting the reader feel as if they’re thinking and exploring along with the writer. In an essay film, the goal is the same — to let us move along Peck’s thought paths, tracing the connections he sees.

It’s a relief that Exterminate All the Brutes is not laser-focused on America; the spectre of Donald Trump hovers over much of the series, but Peck’s project is much bigger. That’s partly because his own personal history — as a Haitian immigrant to Brooklyn who’s lived all over the world, including a long stint in France — has given him a framework that links past and present, east and west. The series explores everything from how Winston Churchill framed the enemy when he was a war correspondent to the way St. Francis was taught in Peck’s youthful school days to the history of weaponry to the imagery of The Island of Dr. Moreau. 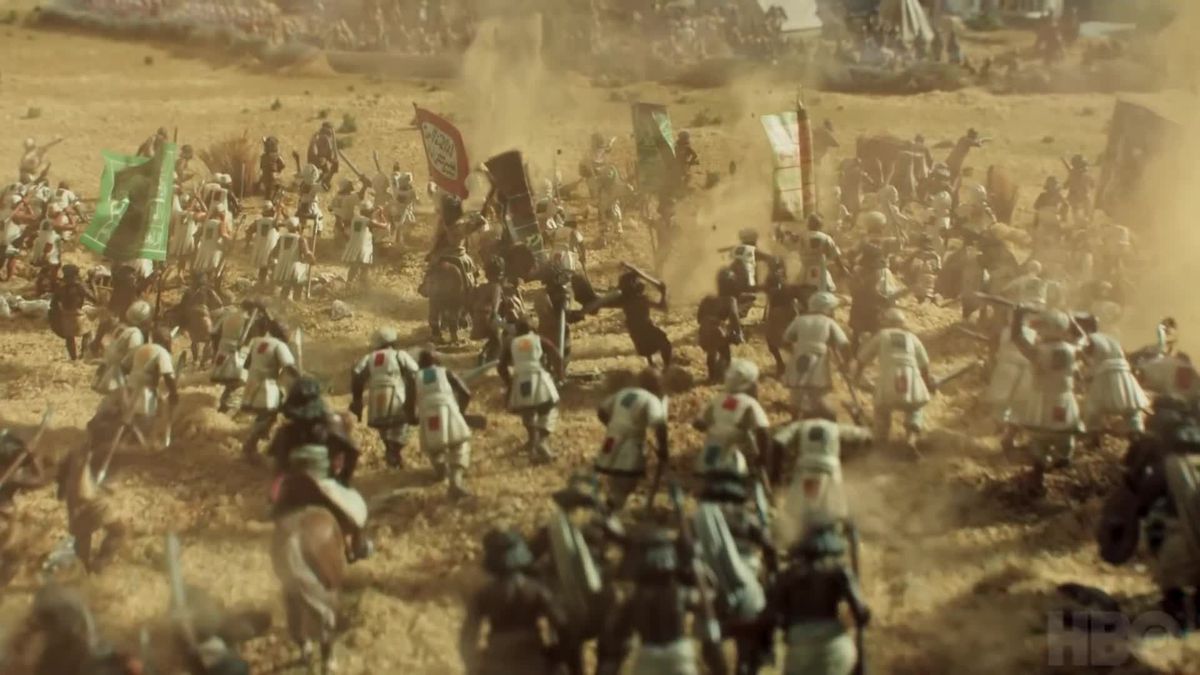 Exterminate All the Brutes is an expansive, ambitious look at how all of the threads of history are bound together.

Ambitiously, Peck ties it all together, not leaning on a grand unifying theory so much as plucking at the brightly colored thread that runs through all of them. He frequently returns to the Holocaust and Nazi-era Germany, chiefly to remind the audience that those events aren’t isolated — they’re ongoing, and none of us who benefit from the legacy of white supremacy can escape that fact without denying history itself. We might be tempted to point a finger in one direction, but chances are we find three more pointing back at ourselves.

Perhaps most blindingly, Exterminate All the Brutes vibrantly illustrates the role of culture in perpetuating myths of supremacy. Movies, yes; Peck has plenty to say about the images we’ve been served up for virtually all of cinema’s history. But also photographs, and stories, and speeches, and songs, and phrases like “brutes” and “savage,” even the tying of darkness to something brutish and bad and uncivilized. What we see, say, and hear, the pictures we look at and the casual phrases we throw around — they all make it possible for us to accept what seems like it ought to be unacceptable. If a culture is made up of the things that people create to make sense of the world around them, then the opposite is also true: Culture tells people what they ought to believe, and if you tell people long enough that their genetics entitle them to rule over and to “civilize” others, they’ll believe it.

An old axiom, drawn from a Faulkner novel and restated in a speech by then-Sen. Barack Obama, kept flitting through my mind as I watched Exterminate All the Brutes: The past is never dead, and it’s not even the past. Peck is determined that we don’t forget that. At the series’ end, Peck asks if it’s knowledge that we lack — if ignorance is what accounts for the travesties of history. But “the Western world is panicking, a delirious spiraling panicking, talking about the ‘clash of civilizations,’” Peck reminds us, showing images of leaders associated with rising fascist tides and white nationalism today. They are “displaying the limits of superiority,” he says. “Privilege makes you vulnerable.”

So no, Exterminate All the Brutes concludes, it’s not knowledge we lack. Peck spends four hours scrupulously laying out that case, and by the end it’s undeniable. Since the Crusades, it’s been “profitable to deny or suppress such knowledge.” We’ve always known what was happening; white supremacy has been in plain sight, not even hiding. The question is, what does the world lack when humanity-denying arrogance goes unconfronted? And where is our courage?

All four episodes of Exterminate All the Brutes are streaming on HBO Max.