The AFL-CIO Releases Its Police Reform Report, But Doesn't Want to Talk About It 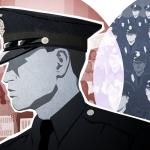 After a high profile launch and ten months of work, the AFL-CIO’s release of its report on police reform last week was noticeably quiet — a sign of how controversial the issue has become for America’s largest union federation, as it tries to split the difference between supporting calls for racial justice and representing the interests of police unions.

In July of 2020, as Black Lives Matter protests against police violence were sweeping America, the AFL-CIO, a coalition of unions representing nearly 15 million people, formed a ​“Racial Justice Task Force” to formulate the plan for ​“taking concrete action to address America’s long history of racism and police violence against Black people.” A subcommittee was formed specifically to focus on policing issues, and to produce the report that was just released last week. Despite all of that, the report, titled ​“Public Safety Blueprint For Change,” was published on the coalition’s website without an accompanying press conference, or press release, or even a tweet. The only real announcement of its existence came in the form of a single CNN story in which members of the subcommittee hailed the report as a ​“huge step.”

In early May, In These Times obtained and published excerpts of an unreleased draft version of the report. The substance of the report’s recommendations have not changed since then: it calls for the creation of a new training and enforcement program administered by police unions to weed out bad officers, effectively aiming to make police unions themselves the primary mechanism for reforming police practices. It amounts to a definitive embrace of the importance of police unions to the labor movement, and a rejection of calls from progressive union members for the AFL-CIO to separate itself from police unions. [Disclosure: I am an elected council member at the Writers Guild of America, East, a union that passed a resolution last year calling for the expulsion of police unions from the AFL-CIO.]

The report also rejects the idea of defunding the police, and calls instead for additional funding. The recommendations may have been a foregone conclusion, since the subcommittee itself is made up solely of unions that represent police members. Sources close to the AFL-CIO say that one motivation for releasing the report now was to be able to influence the police reform bill currently being debated in the Senate.

There is at least one eye-catching addition to the final version of the report: it now contains the word ​“racism,” which was not true of the earlier draft. The final report notes in its introduction that ​“Systemic racism has been used throughout history as a tool by those in power to divide workers,” and later says ​“we must do everything in our power to dismantle the systemic racism that has plagued our nation since its birth.” But the report still studiously avoids suggesting that racism may be a problem that plagues police unions, or police themselves.

Ash-Lee Woodard Henderson, a prominent activist in the Movement for Black Lives and the co-executive director of the Highlander Center, which has a long history of training labor organizers, says that the disappointing stance of the AFL-CIO should not overshadow the work of the many union members who have been protesting the same issues in the streets not just for the past year, but since Ferguson in 2014. ​“We saw grass roots workers, the rank and file, show up and show out for us,” Henderson says. ​“They are actually where the heart and soul of the labor movement is.”

The advancement of new training programs as a solution to police violence does not strike her as adequate. ​“It wasn’t that Derek Chauvin wasn’t trained how to not use excessive force. He chose to anyway,” she continues. ​“All the training in the world will not alleviate anti-Black racism in policing.”

“There is no neutrality. Making a choice to denounce the Defund [the Police] movement is actually not in alignment with where the rank and file are,” Henderson says, noting that last year’s protests against police violence were judged to be the largest movement in American history. ​“There are way more of us than there are law enforcement in unions.”

HAMILTON NOLAN is a labor reporter for In These Times. He has spent the past decade writing about labor and politics for Gawker, Splinter, The Guardian, and elsewhere. You can reach him at Hamilton@​InTheseTimes.​com.