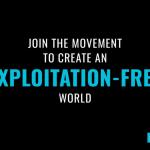 We live in a time of diminishing hope with worsening climate crisis and insufficient will among those most responsible–major industrial
countries–to radically reduce their emissions now, not a decade or three decades from now. We cohabitate with more than 13,000 nuclear weapons spread among hostile nations; many of these weapons are now being upgraded, raising the already very high risk of nuclear apocalypse. The Pentagon is predicting, planning, and pursuing, it appears, war with China and Russia in the Indo-Pacific, the Arctic, and in space.

Since the Covid pandemic, extremes between the haves and have-nots have widened, making the United States the most unequal of any society at any time in history, according to French economist Thomas Piketty. Wealthy nations have hoarded Covid 19 vaccine, vaccinating 25 times the rate as poorer countries, as of April 2021. By late May, more than 75% of all vaccines were administered in only 10 countries. Likewise, the ongoing sexual and racial exploitation of women and girls–the most common but least punished crime in the world–worsened during Covid, according to the United Nations.

In the midst of these dystopian trends, experts who study existential threats have concluded that the chance of human extinction is higher than at any time in human history, some 300,000 years. Without even knowing the “experts” conclusion, many of us have had to examine our sense of hope and where we experience it. For what we choose in the face of diminishing prospects for our world–action, despair, or some place in between–will determine how fully, how resolutely we live.

Hope upwells in me now in smaller places and actions, no matter their chance of success – when I witness, for example, the countless bold, creative actions undertaken by youth across the world on behalf of their future; by victim survivors resisting their oppression; by the many prescient challenging the majority consensus; and by the unexpected defying the naysayers.

The Many Prescient vs. the Majority Consensus

In 2011 President Obama proclaimed a “Pivot to Asia” that in time was recognized as a process of building a coalition of Indo-Pacific partners for a new Cold War with China, portrayed as a growing threat to US economic dominance and challenge to US military hegemony. The chorus of Pentagon voices since has risen to a hawkish crescendo: “China is using ‘pernicious’ behavior to challenge U.S. dominance in the region (i.e., in China’s neighborhood) and to remake the international order in its image” (i.e., to replace our image), remarked former US Indo-Pacific commander, Admiral Philip Davidson. “China aims to displace the U.S. as the world’s pre-eminent superpower,” according to Director of National Intelligence Avril Haines in her recent assessment of the key threats facing the United States. “Our pacing threat is the Chinese,” asserts the U.S. Space Command director, Army General James Dickinson meeting with Japanese counterparts. His area of operations is outer space, that is 62 miles above the Earth to infinity – an unparalleled human hubris. Containing China, by whatever means necessary, is the reason for Biden’s proposed 1.7% increase in the Pentagon budget for fiscal year 2022.

“We are concerned Americans from all walks of life (military veterans, public sector workers, healthcare professionals, and more) who have come together in opposition to the dramatically increasing drive toward confrontation between the United States and China…

We have launched a new effort to educate and mobilize public opinion about the benefits of a policy that facilitates cooperation and mutual respect between the United States and China. …We believe that friendship and engagement between our countries is the better path towards the future.”

Oil companies, some of the largest and most powerful companies in history, have controlled the destiny of some counties; served as the taproot of many wars since the 1970s, undermining democracy; and are the single greatest factor in our climate crisis. The industry enjoys a reliable revolving door between itself and government, gaining undue power over energy legislation and policy. Massive government subsidies-much larger proportionally than for solar and wind–enable them to stay profitable and forestall a renewable energy revolution. Further, fossil fuel companies comprise the top ten corporations that have invested the most money lobbying for anti-protest bills since 2017, that is, bills to punish citizen protestors.

“I believe a better world is possible,” declares 17-year-old Chante Davis, a climate refugee and activist: “I’ve lived through too many climate disasters to count. When I was two years old, my family fled our home in New Orleans as Hurricane Katrina came barreling into the Gulf Coast. After moving to Houston, Hurricane Harvey flooded my home and shattered any hope of normalcy. And just this year, my family and friends struggled to say warm as the Texas freeze wiped out power for millions across the state.”

She began a 400-mile march in mid-May 2021 with other young Sunrise Movement activists across the Gulf South from New Orleans to Houston, in the Generation on Fire march for a better Green New Deal. “We are marching…to push Biden to take big, bold action to stop this [climate] crisis…following in the footsteps of Black, brown, and indigenous people who have been leading the fight here for centuries.”

We can barely read the words “immigrant” and “refugee” these days without their being conjoined with “crisis.” Most wealthy countries in Western Europe and the United States have closed their doors to people fleeing poverty, violence, corruption, and climate crisis – often people they formerly colonized, always people from lower-income countries. In fact, the top countries for receiving refugees are not high-income countries, namely, Lebanon, Jordan, Turkey, Liberia, and Uganda. The two wealthy exceptions are industrialized Germany and Sweden.

In 2015 and 2016, the government of Angela Merkel welcomed more than one million refugees from the Middle East and North Africa. What was deemed an “immigrant crisis” at the time, fought by a resurgent German extreme right and forecast to bring Merkel down, has been a notable success. Immigrants are indispensable in an aging Germany and they are rapidly integrating into the labor market with training and internships. Through this period, Germany has sustained the strongest economy in Europe and defied predictions of chaos: the far right has ebbed, the Green Party has surged, and Merkel has sustained her leadership.

Human trafficking for sexual exploitation is global – in every town, city, and country of the world. The majority of its victims are women and girls, overwhelmingly women and girls of color within the most disadvantaged groups in their societies. In the United State, according to the Coalition on Trafficking in Women, Black women and girls are more likely to be sex trafficked, sexually violated, and exploited, while being criminalized for their own exploitation by state law and law enforcement.

Survivor-of-prostitution leaders who have founded exit programs for women and girls in prostitution and have partnered with advocates and organizations lead the Equality Model in Massachusetts (EMMA) Coalition. In their words, “we can make our state a leader in the fight against this most exploitative practice, especially against our most vulnerable populations.” A major feature of their activism is advocating on behalf of new state legislation: An Act to Strengthen Justice and Support for Sex Trade Survivors. HD.3437/SD 2115.

Key provisions of the legislation will achieve the following:
1. Decriminalizing those bought and sold for sexual exploitation and expunging all past charges of prostitution.

2. Penalizing the crime of buying sex with an income-based fine and re-directing these fines to support survivor-led programs throughout the state.

The medieval theologian Thomas Aquinas observed that hope requires “friends to rely on” –companions on our quest, like Chante Davis marching with other youth who, like her, believe another world is possible. First president of the Czech Republic Vaclav Havel noted that “Hope…is not the same as joy that things are going well…or…headed for early success, but rather an ability to work for something because it is good,” such as friendship and engagement between the U.S. and China. A singular, affirmative arc of history against a larger adverse trend gives hope: enabling a million refugees to live a freer, fuller life, among the many millions denied it, and empowering hundreds of women and girls in Massachusetts, among the many millions across the world exploited in prostitution, to leave it.

We create the conditions for hope when we aspire to something both good and badly needed and work toward achieving it, no matter the odds. And, if enough of humanity joins in this, we can improve the odds of human survival.