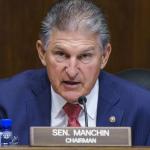 WASHINGTON (RNS) — The faith-led Poor People’s Campaign is planning a march in the home state of West Virginia Sen. Joe Manchin to protest the moderate Democrat’s recent decision to oppose voting rights legislation and efforts to end the Senate filibuster.

Poor People’s Campaign co-chair the Rev. William Barber announced via Twitter on Monday (June 7) that his group will stage a “Moral March on Manchin” next week. The march is in addition to a separate protest against Manchin and Kentucky Republican Sen. Mitch McConnell scheduled to take place in Washington, D.C., later this month.

In an interview with Religion News Service, Barber said plans for the march came about at the request of activists in the state outraged by Manchin’s recent policy positions, which the pastor argued “hurt poor and low-wealth people.”

“They said it’s time to march on his office,” Barber said. “It’s time for people of all differences to stand together against him — we call it ‘from the hollers in the mountains to the hood.’”

The march is in reaction to an editorial Manchin published over the weekend in The Charleston Gazette-Mail. Although Manchin expressed support for a bill known as the John Lewis Voting Rights Advancement Act, he stated in the editorial he would vote against the For the People Act, a sweeping voting rights bill that passed the U.S. House of Representatives in March and enjoys support from prominent Democrats such as Senate Majority Leader Sen. Chuck Schumer of New York and Sen. Rev. Raphael Warnock of Georgia.

Warnock is among those who have expressed openness to eliminating the Senate filibuster to pass the bill, which would allow it to make it through the Senate with a simple 51-vote majority instead of the current requirement for a 60-vote supermajority. Similarly, the Poor People’s Campaign has decried the filibuster, which is seen by some activists as hamstringing efforts to pass an array of liberal-leaning bills.

But Manchin shot down hopes he would back such efforts in his editorial, describing the For the People Act as “partisan” and declaring he “will not vote to weaken or eliminate the filibuster.” 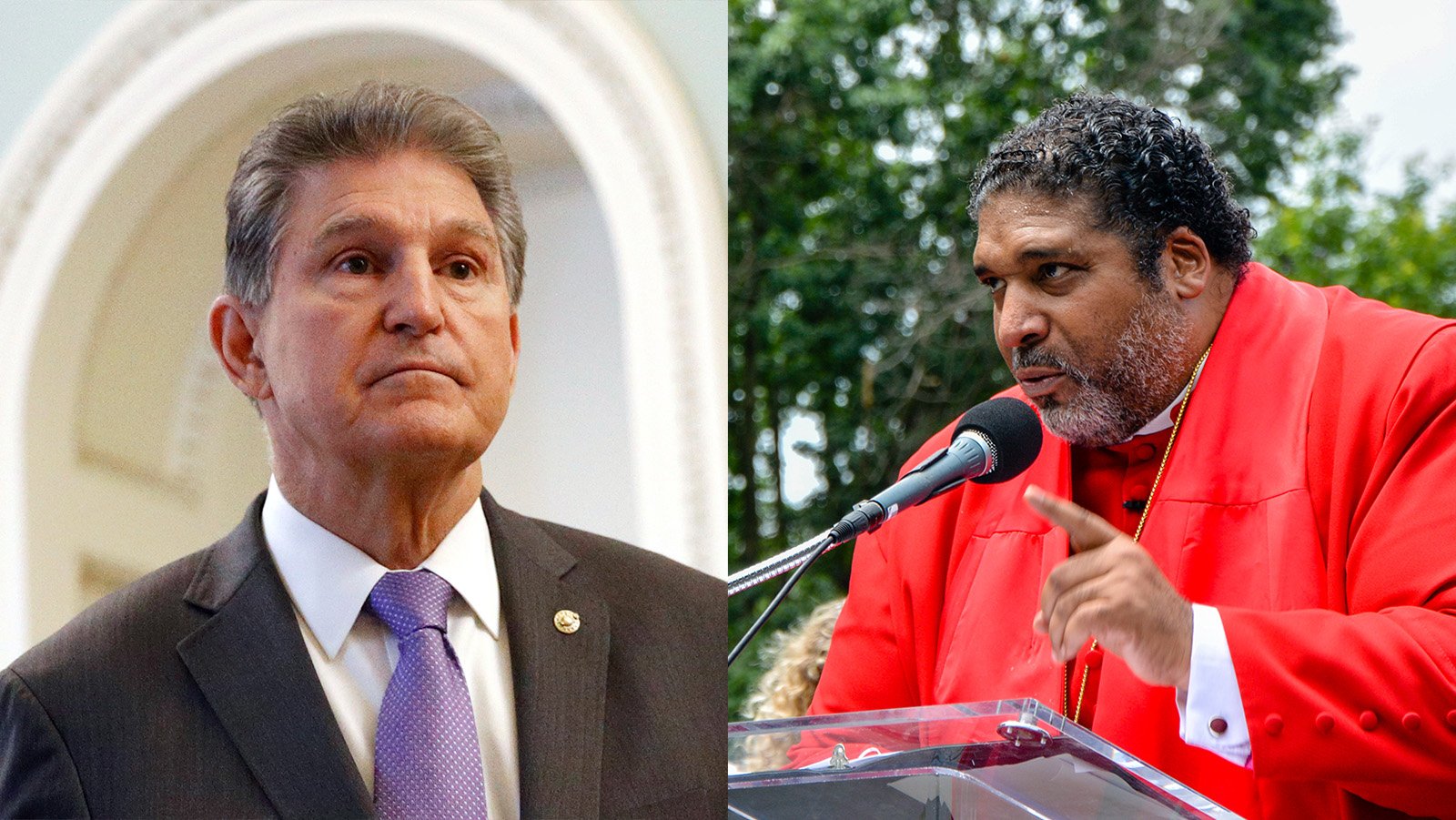 Barber blasted the positions of Manchin, a Catholic, as incongruous with Christianity.

“He claims to be a religious person, but the Scripture tells us in Matthew 23: ‘Woe unto those who tithe — who go through all the procedures — but leave undone weightier matters of the law, which is justice,'” he said.

Manchin’s office did not immediately respond to a request for comment.

Barber noted representatives from the Poor People’s Campaign met with Manchin earlier this year to discuss, among other things, support for a $15 federal minimum wage (Manchin instead floated a lower figure). The meeting — which was requested by Manchin’s office after Barber’s group threatened demonstrations — included residents of West Virginia, one of several states where the Poor People’s Campaign regularly stages protests.

“We explained to (Manchin) why his defense of the filibuster was historically inaccurate and politically dangerous, and how his position against living wages was hurting over half of the workforce of West Virginia,” Barber said. He noted they also discussed how Manchin’s refusal to support the For the People Act “was hurting not just Black people, but white people, brown people and particularly poor and low-wealth people.”

Barber added: “Even if (Manchin) doesn’t change, we have to bear witness to how his policies are hurting the democracy, are a form of political and legislative violence, and that he is standing more on the side of the corporate lobbyists rather than poor and low-wealth workers and people across this country.”

Details of next week’s protest, scheduled for June 14, are still in flux. Although announced as a march, Barber said organizers are discussing the use of “other non-violent direct action.”