'America is Not Racist' Becomes a 2024 GOP Mantra 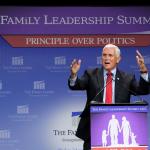 Democrats made structural racism a centerpiece of the 2020 presidential primary.

Now the Republican rebuttal is emerging as an early plank of the 2024 GOP contest: America is not a racist country.

The mantra, used by nearly all of the Republican contenders, is unavoidable in the earliest stages of the GOP’s nominating campaign. At the annual Family Leadership Summit in Iowa this month, all three potential presidential prospects on stage — former Vice President Mike Pence, former Secretary of State Mike Pompeo and South Dakota Gov. Kristi Noem — took turns joining in the refrain, in one form or another. 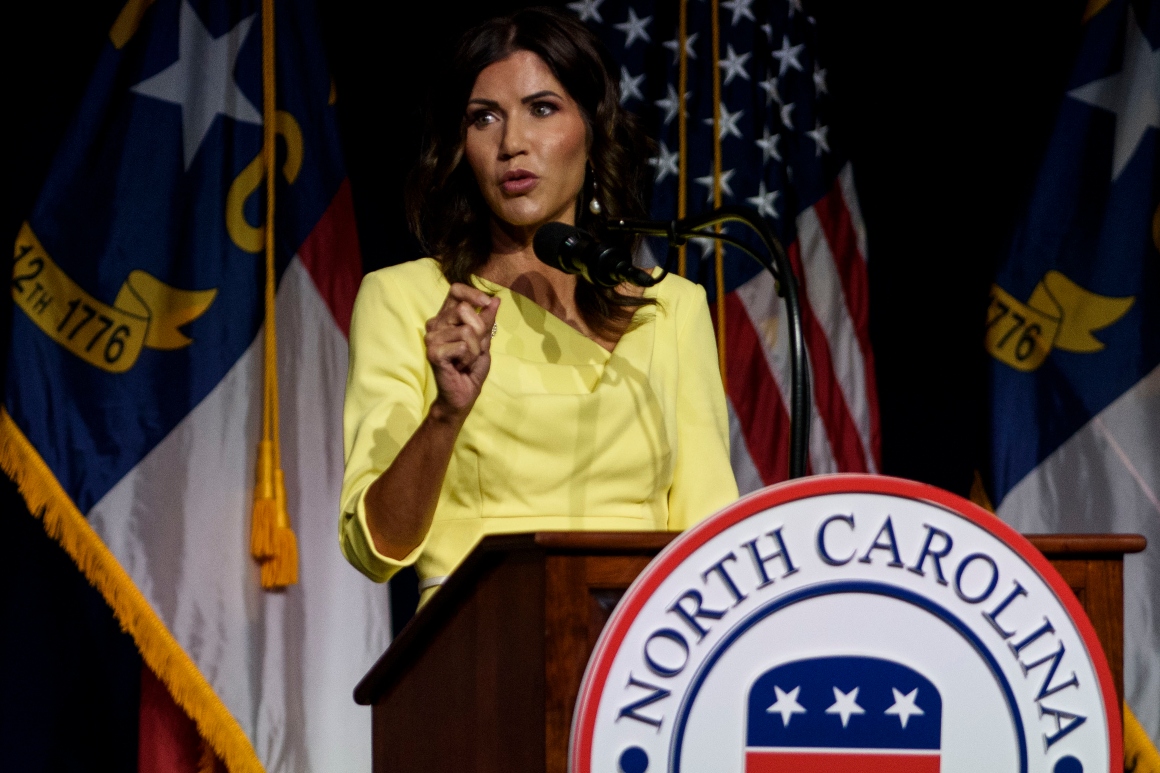 Top Democrats, including President Joe Biden and Vice President Kamala Harris, have said publicly they don’t believe America is a racist country. But Republicans are hoping to portray the party as out of step with the thinking of mainstream America. And by attempting to harness lightning-rod issues such as critical race theory and “defund the police,” the GOP is signaling race will again be at the center of the 2024 campaign.

“It’s a winning issue with independents, and it’s good for the base, but I really think rank-and-file American voters who are in the middle, whether you’re center-left, center-right, suburban votes, parents, I think they all feel like America’s not a racist nation, critical race theory is being shoved down everybody’s throat,” said Bob Heckman, a Republican consultant who has worked on nine presidential campaigns, including Sen. Lindsey Graham’s in 2016. “I think this is a case of the Democrats going way too far, and I think it’s a very effective issue.”

The salience of hitting Democrats on the subject of race was discussed privately by GOP strategists on the sidelines of a Republican National Committee dinner in California last month, and again at a meeting of the Republican Governors Association last week in Aspen, Colo., according to multiple people who attended those events.

At the RGA gathering, the effectiveness of the “America is not a racist country” line was discussed specifically, with Republicans buoyed by GOP battleground state polling indicating the idea “white Americans are inherently racist” is deeply unpopular with voters, including independents.

By forcing Democrats to defend the rhetoric of the left, Republicans hope to tap into a vein of discontent that is already surfacing in suburbs where debates over racial equity initiatives in schools and the focus on systemic racism are roiling parents.

“This is not a close call,” said Curt Anderson, a top adviser to Florida Sen. Rick Scott, another potential presidential contender. “This is ‘Defund the Police’ 2.0.”

For Republicans, the focus on race is not without risk. Recent polls suggest majorities of Americans believe discrimination exists in America. More voters trusted Biden than Donald Trump to handle race relations when given the choice last year. And though the “defund the police” movement polls poorly with voters, the controversy surrounding critical race theory is not yet especially well-known among the broader electorate.

Still, for Republican primary voters, the issue is a no brainer. Public polling shows Republicans are paying more attention to critical race theory than Democrats — and they view it more negatively, making it a highly effective instrument in the party’s culture wars. In a Fox News poll last month, a majority of Republicans, when asked how things work in America today, said minorities are favored over whites. And the GOP’s own polling has convinced many Republican candidates that they can make inroads with independent voters by characterizing Democrats as overly focused on race.

Tim Scott, the only Black Republican senator, saw his national profile rise after declaring in the GOP’s official response to Biden’s first joint address to Congress that “America is not a racist country.” This month, he announced that he had raised $9.6 million in the second quarter of this year, an eye-popping haul.

“The liberals want to teach our children that … if you’re white, you’re automatically racist, and that’s just reprehensible to me,” said Carmine Boal, a former Iowa state representative who chairs the Northside Conservatives group in Ankeny. “If a Black man runs on the platform that we are not a racist country, I think that is one of the best things we could do.”

Scott was not the first Republican to take up the “America is not a racist country” line. Nikki Haley, the former U.N. ambassador and daughter of Indian immigrants, declared as much last year.

So did Rick Scott. In an ad condemning rioters during last year’s civil rights protests, Scott said he “thanks God I grew up in this country.”

He added, “No, America is not racist.”

Ed Rogers, the veteran Republican lobbyist and strategist, said that if “you take middle-of-the-road, sort of marginally involved voters, they don’t want to be told they’re a racist.”

For those voters, it may be reassuring for a presidential contender to tell them that they aren’t. One Republican strategist who attended the RGA meeting said the assertion that “America is not a racist country” works because it evokes “part of what Trump’s counter was when he was on the rise. It was simple — Make America Great Again, proud to be an American. It’s not approaching every problem in America as if we did something wrong, we’re awful.”

Race has long been an undercurrent in presidential politics, but the issue was typically too radioactive to be debated in a substantive fashion. Even the first Black president, Barack Obama, took a cautious and measured approach. It was major news when, following Trump’s racially charged presidential campaign in 2016, Democratic presidential contenders in the 2020 primary responded to his rhetoric with a raft of overt, race-related appeals — on issues ranging from criminal justice to poverty and health care.

But Trump, the Democratic response, and civil unrest following the police murder of George Floyd last year all served to amplify concerns about racial justice and racial equity during the presidential election. By the time Biden beat Trump, nearly 70 percent of Americans said in exit polls that racism was an important problem.

In that context, it didn’t help Republicans that the party’s standard bearer began his 2016 presidential run by calling undocumented immigrants rapists and criminals, that he lauded “very fine people on both sides” of a white supremacist rally in Charlottesville, Va., or that he closed his 2020 campaign with a furious effort to juice turnout among white voters with racially charged rhetoric about crime and chaos in the nation’s urban cores.

Today, prominent Democrats do not disagree with the assertion of Republicans that the nation isn’t racist. Biden, responding to Scott’s comments in April, said, “No, I don't think the American people are racist. But I think after 400 years African Americans have been left in a position where they're so far behind the eight ball in terms of education, health, in terms of opportunity.” Harris, the vice president, has echoed that same sentiment.

In the Republican messaging on race, Democrats say they are confronting both a straw man argument and what Jaime Harrison, the chair of the Democratic National Committee, called “[Former RNC Chair] Lee Atwater stuff … which is the dog whistles.”

If Trump runs again, the 2024 campaign will likely feature a reprise of the 2020 campaign’s charged rhetoric. On Friday, when Cleveland’s baseball team announced it was changing its name from the Indians to the Guardians, Trump said in a statement that he “cannot believe things such as this are happening. A small group of people, with absolutely crazy ideas and policies, is forcing these changes to destroy our culture and heritage.”

Trump’s style and rhetoric turned off many independent and suburban voters in the midterm elections in 2018 and again in the presidential race in 2020. But if Trump doesn’t run, the GOP primary field in 2024 may feature any number of less polarizing figures who, Republicans believe, could more effectively counter Democrats on race.

Pence is already trying out a version of that message, telling a crowd in the early nominating state of New Hampshire last month that "America is not a racist country ... it is past time for America to discard the left-wing myth of systemic racism."

David Siders is a national political correspondent for POLITICO.