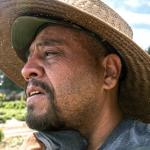 The climate crisis is endangering farm workers around the US who work outside in excessive heat throughout the year without any federal protections from heat exposure in the workplace.

“It’s really challenging to work in the heat, but the reality is we have to, we don’t really have a choice, we have to keep working even when it’s incredibly hot,” said Tere Cruz, a farm worker for 15 years in Immokalee, Florida. “The first thing in the morning, you don’t feel it as much but then after 11am your body really starts to feel the heat. You feel like all the energy has been sucked out of you and it’s really hard to keep going.’’

Cruz explained workers often will get too hot and vomit from drinking too much water too fast, but they face immense pressure to continue working through heat stress.

“It would be really good to have a broad rule so when farm owners see that temperatures are way too high they need to stop and allow people to rest. Things as they are right now, you can see when it’s really hot that by 1 or 2 in the afternoon, people just can’t work any more. But there’s this real pressure to keep working and keep working,” added Cruz. “We’re not animals, we’re human beings, but there’s this feeling that no matter what happens, even when people can’t seem to work any more, the bosses keep pushing and pushing.”

An analysis conducted by researchers at the University of Washington in March 2020 found US farm workers will experience an increase from about 21 days of working in unsafe temperatures per season to an average of 62 days by the end of the century – nearly three times as many.

Heatwaves have also become more common and intense over the past several decades, as the US west coast has experienced record breaking heatwaves this year. June 2021 was the hottest June on record in the United States.

“It’s extremely hot out there and it’s getting worse every year,” said Nezahualcoyotl Xiuhtecutli, general coordinator of the Farmworker Association of Florida. “One of the biggest problems is the way that farm workers are paid. When they’re paid by the piece rate, that encourages workers to exert themselves even more. When they’re part of a crew, the person who slows down because he has to take a water break or use the restroom, then they become the guy who slows down the crew.”

Death of a worker

The state of Washington recently announced emergency rules to provide heat protection for farm workers and other outdoor workers, shortly after Oregon issued emergency rules in the wake of a farm worker who died from heat exposure during record high temperatures in the region. Sebastián Francisco Pérez, a 38-year-old from Guatemala who was working at a tree farm in rural St Paul, Oregon, died after collapsing on June 26.

California and Minnesota are the only two other states in the US with heat protections for workers, though Colorado has some limited protections.

Reyna Lopez, executive director of Pineros y Campesinos Unidos del Noroeste (PCUN), said the organization had been demanding Oregon Occupational Safety and Health Administration (Osha) issue heat protection rules ahead of the latest heatwaves in the region. Workers had been expressing concerns about the lack of shade or water while working through blueberry and cherry harvesting.

“There’s a lot of sacrifice that happens from immigrant workers for us to have food on our table,” said Lopez. “We believe fully that any kind of death on the job is absolutely avoidable. This is the first recorded death in Oregon’s Osha fatalities report that’s specific to farm labor and heat.”

Heat stress can cause kidney issues and worsen pre-existing conditions such as asthma and heart disease, as well as cause sudden death on the job.

According to CDC data, farm workers are 20 times more likely to die from heat-related causes than other workers.

Farm workers and several organizations have been advocating for Osha to enact federal heat safety standards to guarantee basic protections for workers, including adequate shade, water and rest breaks. Advocacy efforts have also pressured states to enact standards and bills have been introduced to Congress to grant workers federal heat protections.

Alfredo Juarez, a 21-year-old farm worker in Skagit County, Washington, wakes up at 3.30am every morning during picking season to be able to get to work by 5am. He works until 4pm or later, seven days a week.

“We work getting paid by the pound, so we try to work as fast as we can and it gets really hot as soon as we start picking, even when temperatures are normal,’’ said Juarez.

He explained that if workers get a break, they will pile in cars and blast the air conditioning for some relief from the excessive heat, but generally workers are left with water that gets hot very fast from being outdoors. They have no shade and nowhere to sit down to take a break.

“Strawberry picking takes a lot of focus. You’re on your knees every day and some of the rows are very hard to pick and your back will hurt from a lot of bending down, looking for berries,” he added. “There’s a lot of pain.”