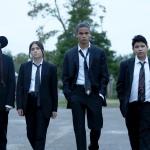 nIn January 2015, Eddie Huang was pissed. The chef-turned-TV-personality and writer of the memoir Fresh Off the Boat was about to see his book become a nationally broadcasted ABC sitcom, but in the process of making the pilot, he realized he hated it. He explained all this in the pages of New York Magazine, writing a vivid, swaggering essay about the uniquely excruciating experience of seeing his Taiwanese-Chinese immigrant story being diluted into something palatable for a white American audience.

To Huang, there was something deeply compromising about a show that prioritized the comfort of white viewers over the verisimilitude of its characters’ lives, especially when those characters were based on his real-life family. While he ended his essay on a positive note about the historic achievement Fresh Off the Boat represented, Huang later disowned the show on Twitter, noting that shortly after the pilot, the series became about an experience he did not recognize.

Fresh Off the Boat ran for six seasons, concluding with a series finale that aired in February 2020. At 116 episodes long, it’s the longest-running broadcast series to feature a primarily Asian-American cast. Many of those episodes are funny, but they’re also toothless. One of the things you pick up on when you’re from a marginalized background is when punches are being pulled for the sake of the perceived majority. There’s a fear that the people who have benefited from the marginalization of others might not be able to keep up, so the pool can only be so deep.

Reservation Dogs doesn’t have that fear. Created by Taika Waititi and Sterlin Harjo, the new FX on Hulu comedy is an abrasive slice-of-life series about four Indigenous teenagers who long to escape their Oklahoma home and make for the sunshine of Los Angeles. But that plan would cost money they don’t have. So they steal it.

This is our introduction to Elora (Devery Jacobs), Bear (D’Pharoah Woon-A-Tai), Cheese (Lane Factor) and Willie Jack (Paulina Alexis), four rural punks recklessly stealing a snack delivery truck so they can sell it to a junkyard. As a gang (the eponymous Reservation Dogs), they get into fistfights and paintball shootouts with other gangs, steal groceries, and shamelessly do whatever they can to add a few extra dollars to their escape fund. They feel like a version of Scooby-Doo’s mystery-solving gang, but meaner.

Later in the pilot, the audience discovers what gives them this sense of urgency: It’s the one-year anniversary of their friend Daniel’s death, and they blame their hometown for killing him. Their California dream was originally his.

It isn’t hard to see why a bunch of teenagers would think their small Oklahoma town has it in for them. Reservation Dogs’ vision of the Indigenous neighborhoods of Okmulgee is a stark one, bound by poverty and institutional neglect. Battered buildings are losing a slow war against the weedy overgrowth, legitimate ways to make a living are few and far between, and the local clinic is overcrowded and seemingly staffed by one overworked and condescending doctor. There are few things as bleak as standing under a sky so big, unable to see the sun.

But there’s whimsy throughout the show. A pair of bicycling rappers are forever trying out new songs. One cop knows what the Rez Dogs are up to, but is seemingly unwilling to actually punish them for it, even as they antagonize him. And Bear has strange visions of a spirit guide that visits him from time to time, only to give him the most questionable advice. 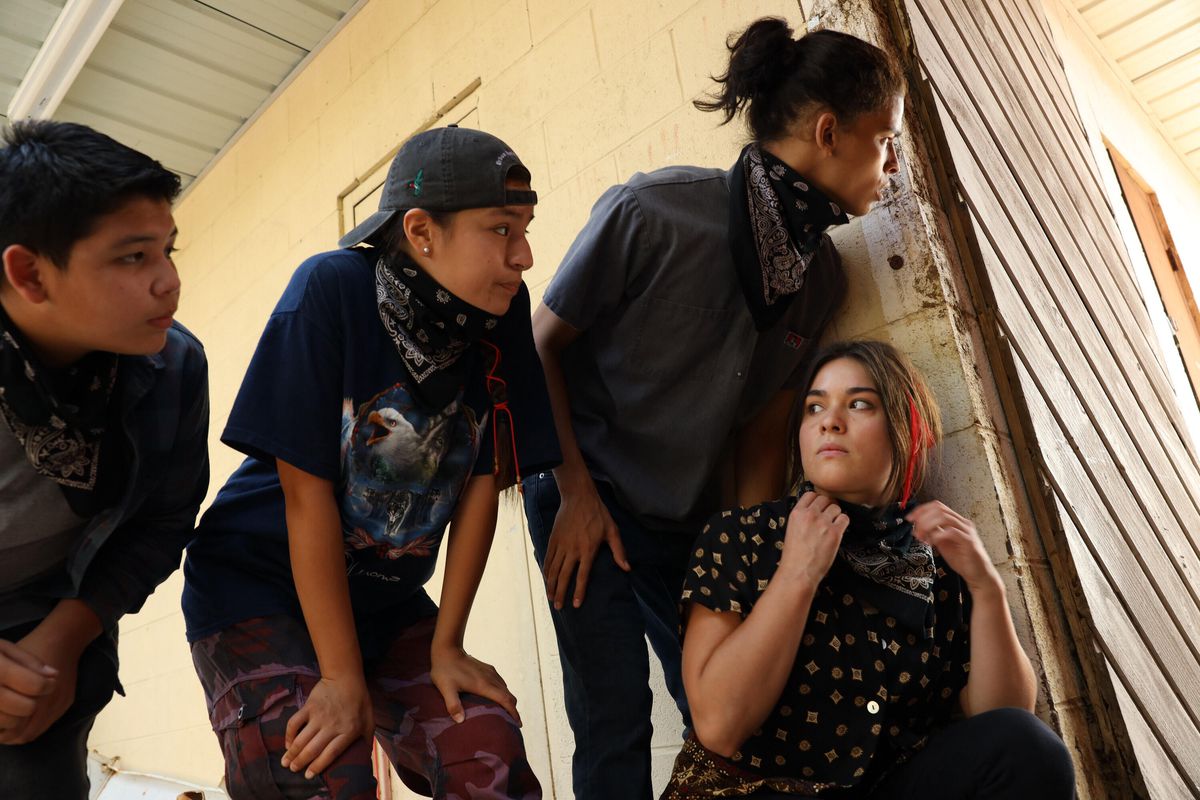 Reservation Dogs is a surreal mashup of hard-edged cynicism and deep longing, one that has a kinship with other stories about marginalized people struggling in the shadow of white folks who nowhere in sight: Gilbert Hernandez’s Palomar or HBO’s Los Espookys come to mind. The series’ humor is goofy, but also mean — not in its characterization, but in its setting, bearing down on the harshness of a life on the margins.

In a way, it’s the sort of show that Fresh Off the Boat could never be, in spite of Eddie Huang’s best efforts. Whiteness has a way of centering itself: Even when stories aren’t centered on white people, they’re still largely considered a key part of what’s considered a “general audience.”

Sterlin Harjo and the writers of Reservation Dogs don’t come across as interested in translating their worldview for anyone. It’s on the audience to do the work of understanding the series’ portrayal of the Indigenous experience, and placing it in context. Like a lot of great art, Reservation Dogs challenges its audience with wit and style to look in spaces that have long been ignored, and identify with experiences that are outside their own. Its Indigenous representation isn’t cloying nor self-important — instead, it’s refreshingly indifferent — another work to point to in a growing body of shows about the marginalized, one that will soon be so large that perhaps we will finally consider it a crime that the so-called margins could ever be this vast.