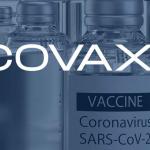 Congressman Mark Pocan of Wisconsin introduced legislation this week that would cut billions of dollars from the Pentagon's massive budget and invest those funds in global coronavirus vaccination efforts, which are badly lagging as rich countries continue to hoard doses and rush ahead with booster shots.

"Shifting funds from weaponry and military contractors to producing Covid vaccines will save hundreds of thousands—if not millions—of lives around the world."
—Rep. Mark Pocan

The Covid Defense Act proposes transferring $9.6 billion in U.S. military spending to Covax—a global vaccination initiative led by the World Health Organization—to assist with the procurement of doses for the people of low-income nations. Thus far, just 1.3% of people in poor countries have received at least one vaccine dose.

In a press release, Pocan's office said that the funding—which represents just 1.3% of the $740.5 billion in U.S. military spending approved for 2021—"could lead to an additional 1.8 billion Covid vaccine doses for lower-income countries in 2021 and early 2022." If passed, Pocan's office said, the new legislation could provide vaccine access to another 30% of the world's poorest and most vulnerable populations.

"We can't bomb our way out of a global pandemic," Pocan said in a statement. "Right now, Covid is the greatest risk to our national security as well as the world's security. Shifting funds from weaponry and military contractors to producing Covid vaccines will save hundreds of thousands—if not millions—of lives around the world."

"At a time when America spends more on its military than the next 11 closest nations combined," the Wisconsin Democrat added, "we should be able to sacrifice a little over 1% of that to save lives, build global goodwill, and actually make the world a safer, healthier place."

We can’t bomb our way out of a global pandemic. That’s why I’m introducing the #COVIDDefenseAct to cut our bloated Pentagon budget by 1% to vaccinate nearly 30% of the world’s poorest population. https://t.co/h0zv1qI4Rf pic.twitter.com/h2kqXYouCB

Pocan unveiled his legislation as Covax's vaccine distribution effort—which relies heavily on donations from rich countries—continues to falter, in large part due to inadequate supply. As the New York Times reported earlier this month, "Covax has struggled to acquire doses: It stands half a billion short of its goal."

"Covax hasn't failed, but it is failing," Dr. Ayoade Alakija, a co-chair of the African Union's vaccine delivery program," told the Times. "We really have no other options. For the sake of humanity, Covax must work."

The Covid Defense Act would authorize President Joe Biden to direct $9.6 billion in funding to coronavirus vaccine production and distribution efforts benefiting low-income countries, many of which are currently being ravaged by Covid-19.

"The American public overwhelmingly supports doing what's right and necessary: massively ramping up coronavirus vaccine production so that everyone on the planet can be vaccinated," Robert Weissman, president of Public Citizen, said in a statement. "That's a humanitarian imperative as the disease spreads faster and faster among low-vaccinated low- and middle-income countries. It's also a requirement even to end the pandemic in the U.S."