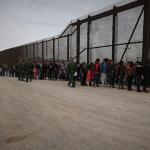 On August 13, a judge in Texas appointed by then-President Donald Trump effectively ordered the Biden administration to permanently reinstate Trump’s “Remain in Mexico” policy. That policy, which is officially known as the Migrant Protection Protocols (MPP), requires many immigrants who seek asylum in the United States to stay in Mexico while they await a hearing.

Judge Matthew Kacsmaryk’s opinion in Texas was wrong for many reasons, including that he completely misread federal immigration law. Kacsmaryk wrote that a 1996 federal law only gives “the government two options vis-à-vis aliens seeking asylum: (1) mandatory detention; or (2) return to a contiguous territory.” Federal immigration law actually gives immigration officials several options, including granting “parole into the United States” to individual immigrants or releasing the immigrant on “bond of at least $1,500.”

On Thursday, a panel of three right-wing appellate judges, two of whom were appointed by Trump, refused the Justice Department’s request to stay Kacsmaryk’s order and prevent it from taking effect. Kacsmaryk intended for his order to take effect on Friday, giving the Biden administration just one week to reinstate a complex policy that requires careful negotiations with foreign governments.

Late on Friday, Justice Samuel Alito extended that period until 11:59 pm ET on Tuesday, “so that the full Court can consider” the DOJ’s request to suspend Kacsmaryk’s decision.

The most obvious stakes in this case are whether thousands of migrants will be forced to live in harrowing conditions — without “stable access to housing, income, and safety,” according to Homeland Security Secretary Alejandro Mayorkas — because of an egregious misreading of federal law. But the potential consequences of a Supreme Court decision allowing Kacsmaryk’s order to take effect stretch far beyond these immediate humanitarian concerns.

Remain in Mexico was implemented in early 2019, and effectively suspended in March 2020, because the government imposed stricter, temporary border restrictions in order to reduce the spread of Covid-19. Thus, Kacsmaryk’s opinion rests on the improbable claim that a federal law enacted in 1996 requires the government to implement a policy that was only in effect for 14 months, and that wasn’t implemented until nearly a quarter-century after the 1996 law took effect.

As the Justice Department explains in its brief asking the Court to stay Kacsmaryk’s decision, “implementing MPP required extensive coordination with and assistance from Mexico, which took a variety of steps to assist the United States and the migrants who were returned.” Reimplementing it would also require such coordination with Mexican officials, who may not be inclined to be charitable if US negotiators abruptly break their own promise to end the Remain in Mexico policy.

Historically, and over the course of many decisions handed down for many decades, the Supreme Court has warned against “the danger of unwarranted judicial interference in the conduct of foreign policy.” Foreign relations involve sensitive negotiations, where US diplomats need to know that their country will keep their promises. If a judge can order the United States to make significant changes to its foreign policy, especially when the judge’s order is rooted in a preposterous reading of federal law, that will disrupt our relations with foreign governments and diminish our credibility abroad.

The question in Texas, in other words, is whether the Supreme Court will abandon the judiciary’s longtime posture of deference to the elected branches on matters of foreign relations — or whether it will give an increasingly right-wing judiciary a permission slip to interfere with America’s negotiations with foreign partners and rivals.

The Supreme Court hasn’t just spent generations warning judges not to get involved with foreign relations; it’s explicitly stated that US immigration policy is an integral part of our foreign policy. Although the Supreme Court was often criticized during the Trump administration, including by some of the Court’s own members, for showing excessive deference to Trump’s immigration policies, the principle that courts should be reluctant to interfere with foreign relations generally — and with immigration policy in particular — long predates Trump.

“One of the most important and delicate of all international relationships, recognized immemorially as a responsibility of government,” the Court explained in Hines v. Davidowitz (1941), “has to do with the protection of the just rights of a country’s own nationals when those nationals are in another country.” Hines warned that “international controversies of the gravest moment, sometimes even leading to war, may arise from real or imagined wrongs to another’s subjects inflicted, or permitted, by a government.”

Hines involved a Pennsylvania law that required most foreign nationals in that state to register with Pennsylvania officials and to carry an “alien identification card” that police could demand to see. In striking down this law, the Court explained that if a single state could impose such treatment on foreign nationals, that state could damage America’s national interests abroad. Questions of national importance should be decided by the national government, not by one rogue state.

The Court reaffirmed these principles in Arizona v. United States (2012), which struck down much of an Arizona law targeting undocumented immigrants. “Immigration policy can affect trade, investment, tourism, and diplomatic relations for the entire Nation,” Justice Anthony Kennedy explained in his majority opinion. He also warned that “perceived mistreatment of aliens in the United States may lead to harmful reciprocal treatment of American citizens abroad.”

Arizona, like Hines, involved a question of whether individual states can interfere with federal immigration policy, and the Court explained that the answer to this question should typically be “no.” “It is fundamental that foreign countries concerned about the status, safety, and security of their nationals in the United States must be able to confer and communicate on this subject with one national sovereign,” Kennedy wrote for the Court, “not the 50 separate States.”

The Texas litigation is an attempt to bypass the Supreme Court’s warning that federal officials, and not state governments, get to decide our nation’s immigration policy. The lawsuit was brought by two red states, Texas and Missouri, whose leadership disagrees with Biden’s decision to end the Remain in Mexico policy.

Rather than passing a state law implementing Remain in Mexico, something that states cannot do under the principles laid out in Hines and Arizona, the two states brought a lawsuit that was heard by an unusually right-wing judge. Before Trump made Kacsmaryk a judge, Kacsmaryk worked at a religious-right law firm. He’s previously written that being transgender is a “mental disorder” and that gay people are “disordered.”

If anything, the Court’s warning in Arizona and Hines that foreign policy should only be determined by the nation as a whole is even more compelling in the Texas case. Say what you will about the laws at issue in Arizona and Hines, but at least they were enacted by an elected state legislature representing one of the 50 states.

But no one elected Matthew Kacsmaryk (or any other judge involved in this case). If a federal judge who disagrees with US foreign policy can order it changed, especially if they can do so based on a misreading of federal law, that could toss foreign relations into turmoil.

Now imagine that some ideological judge — perhaps one who disagrees with President Joe Biden’s decision to withdraw US troops from Afghanistan — orders the Biden administration to change its diplomatic stance with the Taliban. Even if that decision were reversed by a higher court, that process would likely take days — and those few days of confusion and mixed messages could permanently sour US relations with the Taliban and endanger thousands of lives.

For decades, the Supreme Court warned that such judicial interference with foreign relations is untenable. The question in Texas is whether the current Court, with its 6-3 conservative majority, will exercise the same wisdom and forbearance.

Texas would be a more difficult case if there were some legal basis for Kacsmaryk’s opinion. If Congress actually passed a law requiring Biden to implement Trump’s Remain in Mexico policy, then Biden would be bound by that law — although courts might sensibly give him more than a week to reinstate Trump’s policy, given the diplomatic negotiations that must occur before such a policy can be implemented.

Kacsmaryk’s opinion rested on two separate arguments. First, federal agencies typically must offer a “reasoned analysis” explaining why they decided to implement a new policy before that policy can go into effect. Kacsmaryk claims that a memo by Secretary Mayorkas, which explains why the Biden administration ended the Remain in Mexico policy, did not provide an adequately reasoned explanation for why it did so.

Provided that the justices explain what, exactly, Mayorkas needs to put into a new memo in order to end Remain in Mexico, Mayorkas can always just issue a new memo. The Court could also temporarily stay a decision requiring Mayorkas to produce a second memo in order to give him enough time to comply with the Court’s order.

The bigger problem with Kacsmaryk’s opinion is his egregious misreading of federal immigration law.

Kacsmaryk claims that when an asylum seeker arrives at the US-Mexico border, federal law only gives the US government two options: “(1) mandatory detention; or (2) return to a contiguous territory.” But that’s just false. The law gives federal immigration officials a menu of options, including granting an asylum seeker parole “for urgent humanitarian reasons or significant public benefit,” or releasing the immigrant on bond.

Under a doctrine known as “prosecutorial discretion,” the executive branch also has broad discretion to decide not to bring enforcement actions against individual immigrants.

So if the Supreme Court decides to follow the law, Texas is an easy case. The Biden administration has a strong legal argument, rooted both in statutory text and in longstanding constitutional doctrines. And the foreign policy implications of allowing judges like Kacsmaryk to interfere with American immigration policy could be disastrous.

The open question is whether the Supreme Court also has five votes to block Kacsmaryk’s order. Although the Court recognized the close relationship between immigration and foreign policy in its 2012 Arizona decision, Arizona was a 5-3 decision with conservatives Chief Justice John Roberts and Justice Kennedy crossing over to vote with the liberal justices (minus Justice Elena Kagan, who was recused in Arizona).

Roberts is still on the Court, but Kennedy is not. And both Kennedy and the late liberal Justice Ruth Bader Ginsburg have since been replaced by conservative Justices Brett Kavanaugh and Amy Coney Barrett.

To prevail in Texas, in other words, the Biden administration most likely needs to hold on to Roberts’s vote and secure the vote of either Kavanaugh or Barrett.

Ian Millhiser is a senior correspondent at Vox, where he focuses on the Supreme Court, the Constitution, and the decline of liberal democracy in the United States. Before joining Vox, Ian was a columnist at ThinkProgress. Among other things, he clerked for Judge Eric L. Clay of the United States Court of Appeals for the Sixth Circuit and served as a Teach For America corps member in the Mississippi Delta. He received a B.A. in philosophy from Kenyon College and a J.D., magna cum laude, from Duke University, where he served as senior note editor on the Duke Law Journal and was elected to the Order of the Coif. He is the author of Injustices: The Supreme Court's History of Comforting the Comfortable and Afflicting the Afflicted. His reporting is partially supported by a grant from the New Venture Fund.